PATLITE's newest network signal tower speaks. With a text-to-speech function, machine operators and industrial workers are not only alerted of potential dangers via light and sound, but also now with voice.

PATLITE culminates 75 years of experience in manufacturing and distributing equipment for the process and industrial automation industries. Over the years, the company has offered its customers both visual and audible signaling solutions such as programmable signal towers, wireless data-acquisition systems, IO-Link, voice annunciators, Power over Ethernet (PoE)-enabled devices, and more.

On July 25, PATLITE announced the release of its new "Network Signal Tower with Voice Annunciator," the NHV4 / NHV6 series. The new signal tower incorporates a text-to-speech function that generates audio from text. 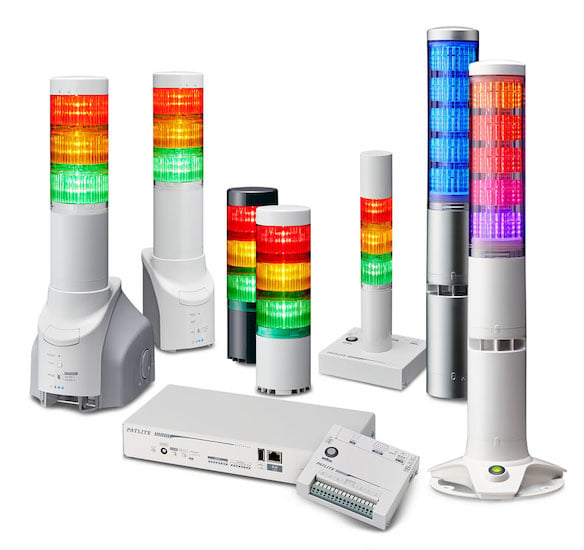 PATLITE is an expert in designing network signaling solutions for the process and industrial automation industries. Image used courtesy of PATLITE

Role of Signal Towers in Industry

Signal towers, or LED light towers, are used in process control and industrial manufacturing to provide visual and audible alerts to machine operators, production managers, technicians, and other work personnel on site. Signal towers alert workers nearby of any system or machine faults as well as what working status the machine/system is in. These towers are important for providing safety and security within the working environment, reducing downtime, and maintaining operational productivity.

PATLITE’s latest signal tower with voice annunciator provides users with instant alerts via light, sound, and now voice to indicate errors in network systems and devices. The new network signal tower talks to its workers using text-to-speech technology, not only warning workers about potential danger, but also can be used as a public announcement system (PA).

The NHV4 / NHV6 series supports Simple Network Management Protocol version 3 (SNMPv3), Hypertext Transfer Protocol Secure (HTTPS), and the Secure Shell Protocol (SHH). The device product comes with a SNMP device monitoring function, as well as dead/alive monitoring by Packet Internet or Inter-Network Groper (PING) monitoring. Individual NHV units can PING up to 24 devices. If devices fail to elicit a response, the NHV perceives this as an error and alerts the administrator by light or sound. 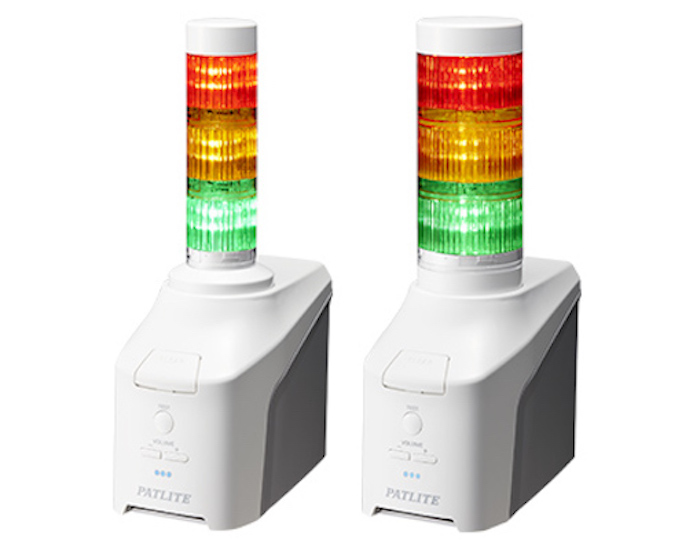 NHV’s exhibit a self-diagnosis function whereby a test button on the front of the unit helps show whether the indicator light and alarm functions are working properly. Customers can connect to both Amazon Web Services (AWS) IoT Core and Microsoft Azure’s IoT Hub/Azure IoT Central. Audio and LED lighting can be controlled directly by connecting to these cloud services.

Both NHV-D and NHV-DP models have four digital inputs and two digital outputs, with the latter model capable of supporting a PoE power supply. The NHV-M model has an email detection function that uses voice, light, and sounds to light up or play important messages when they are received.

The key highlight of the NHV4 / NHV6 series is the text-to-speech function which creates voice messages from text data. On receipt of text typed directly in the command, the NHV unit will convert it to voice and play it aloud. This voice conversion feature is available offline and does not require an internet connection.

The NHV unit can also be registered to an audio channel so that text can be played back with a command. PATLITE offers its customers a tailored recording service depending on application needs and requirements. Customers can even broadcast voice messages throughout an entire facility by connecting the NHV unit’s digital output to external speakers, amplifiers, or a public address (PA) system.