The Need for Circuit Protection in Industrial Environments

The need for circuit protection extends beyond the breaker box in the average home. The average home might run a few small motors at set, predictable speeds. This does not easily scale to large industrial motors, which can draw much more current, require their speeds to be carefully controlled and changed throughout the operation, and so on. 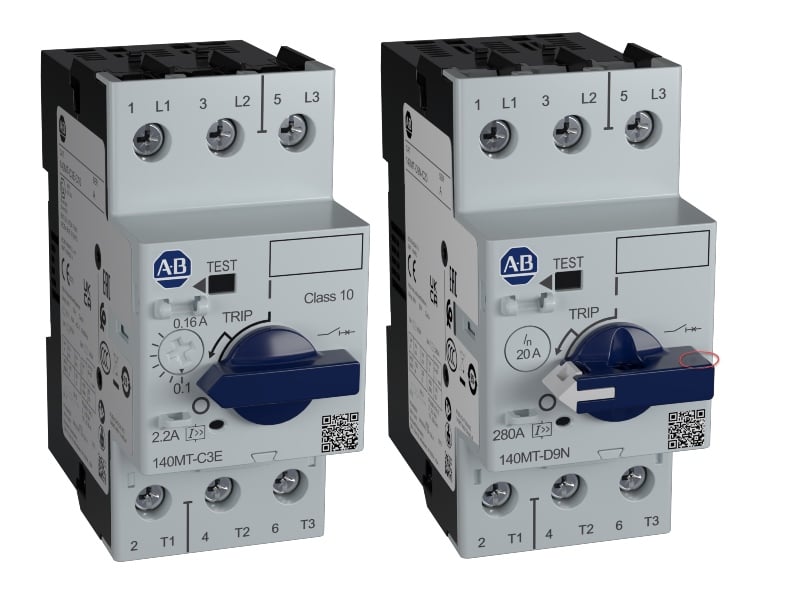 A short circuit is where the current does not flow through the device but instead takes a shortcut back to its source. Suppose a wrench is dropped across two uninsulated, live conductors. The current flows from one wire, through the wrench, to the other wire without flowing through the device. The big problem with this in terms of safety is that the short could be a human being.

The current is not flowing through the device, meaning the resistance is now lower, and a higher current flow could start a fire.

The Bulletin 140MT also protects against motor overload. When a motor starts, there is a large inrush current that will be higher, but only temporarily. The inrush current, while transient, still must remain within limits to prevent fires or damage.

The design of a breaker must account for this inrush current. It must trip if high currents are encountered because it could be a short circuit but not trip when a transient, inrush current is drawn when the motor starts. To complicate matters, even more, there should be some protection to ensure that the inrush current is within bounds but react quickly to prevent injury or fire.

Suppose a motor is driving a pump to move a slurry through a manufacturing facility. Over time, slurry builds up inside the pump and must be cleaned. Sometimes maintenance is not performed, and the slurry has built up in the pump—eventually, the impeller stalls. To respond, the motor controller draws more current to try to adjust the flow, but the impeller does not move. More current is drawn. 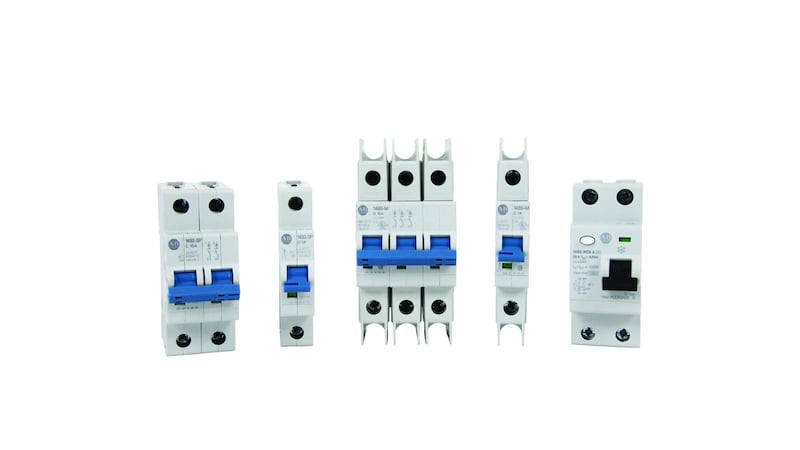 Traditionally, a thermal relay in a circuit breaker would trip, removing power to the motor. This is additional hardware and more components to troubleshoot, as sometimes the relay itself fails. This is one of the unique features of the Bulletin 140MT; it has built-in overload protection. This means fewer components, easier troubleshooting, and a smaller footprint in the facility.

The Allen-Bradley Bulletin 140MT series circuit protectors are designed specifically for use with industrial motors commonly found in assembly lines and pumps. They can protect against short circuits and motor overload conditions while properly handling inrush current during motor startup.

Rockwell Automation is hopeful that the Bulletin 140MT will provide engineers and automation experts with the right tools they need to protect circuits and motors in industrial environments.