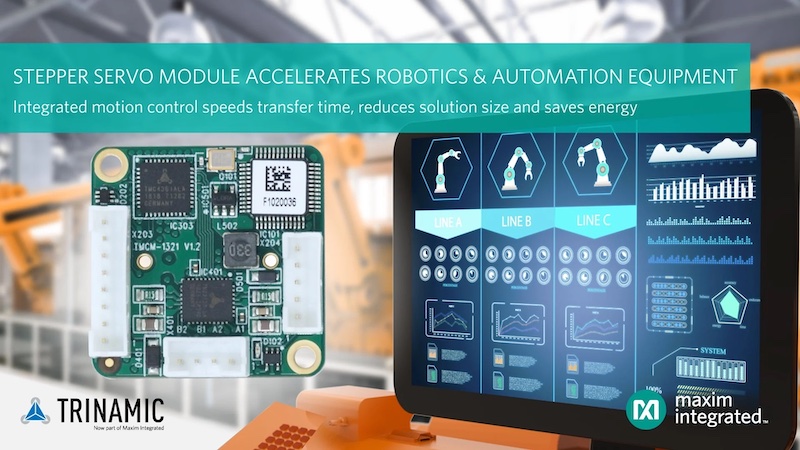 Recently, Trinamic introduced its compact, lowest-power single-axis servo controller/driver module with integrated motion control. The TMCM-1321 servo controller/driver module helps to speed up and synchronize the axes of two-phase bipolar stepper motors in robotics and automation equipment. This helps to provides more efficient throughput and can help to reduce power loss by 75%.

Special features of the module include dynamic current control and closed-loop operation. This closed-loop operation is made possible when the built-in magnetic encoder is used with a suitable magnet attached to the motor axis. The closed-loop technology uses direct feedback to the TMCM-1321 also features digital ABN inputs for connecting an optical encoder. This can help customers to simplify servo control, enhancing the efficiency of receiving feedback and diagnostics.

The device is more than three times smaller than other similar stepper motor solutions at 784 mm2. Customers can choose from a selection of ramps. Linear ramping, Trinamic SixPoint ramping, and advanced S-shaped ramping are available. The TMCM-1321 has been designed with low-power dissipation in mind, incorporating up to 256 microsteps per full step, and comes highly integrated.

Other main characteristics of the TMCM-1321 include integrated protection, an integrated development environment (IDE). The device supports TMCL (Trinamic Motion Control Language) direct mode (binary commands) and can also employ standalone TMCL program execution. This means that TMCL-IDE can be used to write TMCL programs, which can be stored in the module’s memory. 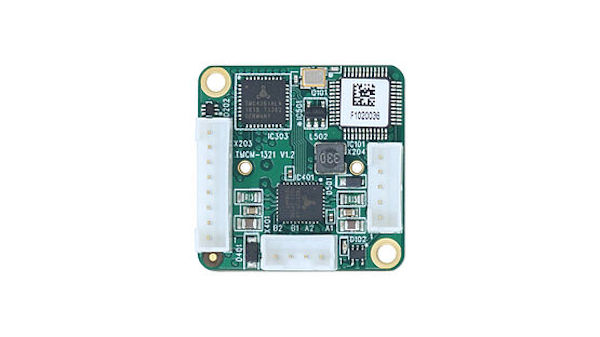 In a recent news release, Director of Business Management at Trinamic, Jonas Proeger, talks about the advantages of its new technology: “When selecting an energy efficient drive, engineers tend to look at servo drives. However, stepper motors have a considerably higher torque than servo motors of comparable size at low speeds.” Proeger added: “This makes stepper motors well-suited to get rid of a costly and inefficient gearbox without losing positioning accuracy when you combine them with closed-loop control: you get the efficiency of a servo motor at the cost of a stepper motor.”