Yaskawa Motoman and its parent company, Yaskawa Electric, together are one of the world's largest industrial robotics suppliers. This week, the Yaskawa family announced three new additions to their portfolio.

The most recent of the three announcements is a duo of horizontal articulated scalar robots designed for the assembly, sorting, packing, inspection, and transport of small components. In particular, Yaskawa describes their reach and payload capacities as being suitable for handling parts in the "3C" market, meaning home appliances, computers, and communications equipment like electronic components. They also suggest that the same features make them suitable for use in food processing, handling medical products, and cosmetics production.

The SG400 features a maximum reach of 400 mm and a maximum payload capacity of 3 kg. It additionally has a 0.32 second standard cycle time when moving a 2 kg payload 300 mm horizontally and 25 mm vertically with reciprocating motion.

The SG650, by comparison, has a 650 mm maximum reach with a 6 kg maximum payload capacity. Despite those larger figures compared to the SG400, it also has a marginally shorter standard cycle time (for the same test circumstance described for the SG400) at 0.29 seconds.

For both devices, Yaskawa asserts that the short standard cycle time gives them the "highest operating performance" in their class.

Yaskawa has publicly stated that its "Vision 2025" business plan is aimed towards a "revolution" in industrial automation. Part of this is a concept they've termed "i3-Mechatronics" or "i cube 3."

One of the major goals of this plan is to achieve that long-desired zero-downtime goal for production lines. Yaskawa intends to accomplish this through "digital data solutions." This term could mean many things. But, to Yaskawa, it's a clear goal of utilizing their robotics lines to shape more productive facilities, including the general-purpose "GP" line, the "MotoMINI" line (which is, as the name suggests, small enough for a human to hold), and their "HC" series of collaborative robots or cobots. 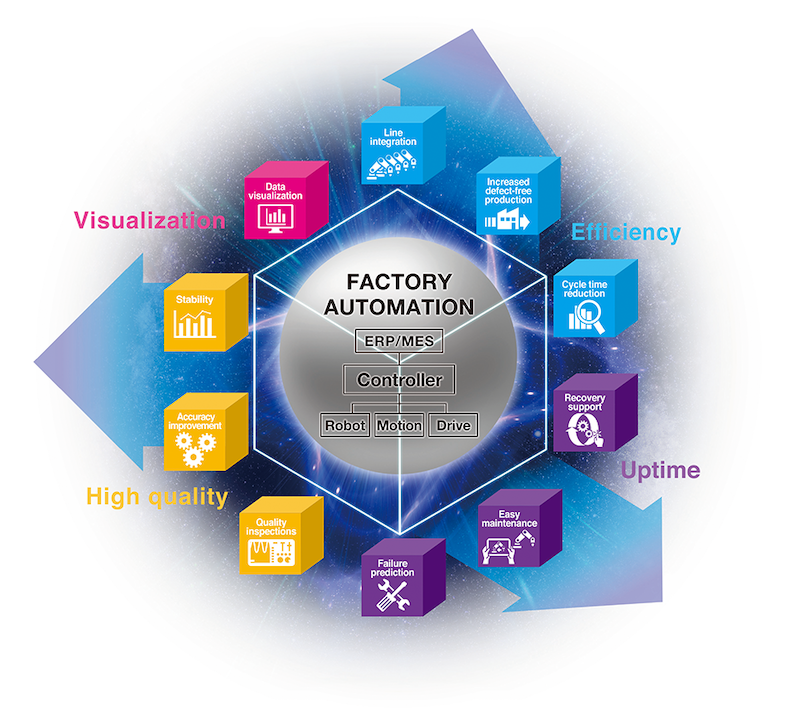 Combined with the company's specific i3 controller and a proprietary digital data solution, the concept was designed to help engineers keep their plants and facilities running efficiently, even in the face of labor shortages and a quickly evolving industrial space.

The new scalar robots will be added to the motion/robotics portfolio that makes up the third factor in bringing this concept into reality.

Have you worked with scalar robots in the past? What are their particular advantages and drawbacks in your experience? Share your thoughts in the comments below.