Common Applications of Force and Torque Sensors for Robotic Automation

Common Applications of Force and Torque Sensors for Robotic Automation

Learn about the importance of torque and torque sensors and some common ways they are utilized in robotic automation.

The Importance of Force and Torque Sensors in Robotics

Force and torque sensors are commonly used in robotic applications. They give vital feedback to the system alerting the controller when changes are present in the work process. Force control is often used in robots that work in the assembly process by relaying information about the operation's status.

Robotics using force and torque technology can more closely replicate the motions and dexterity of human hands. This allows them to work on more delicate processes that were previously only possible using human labor. 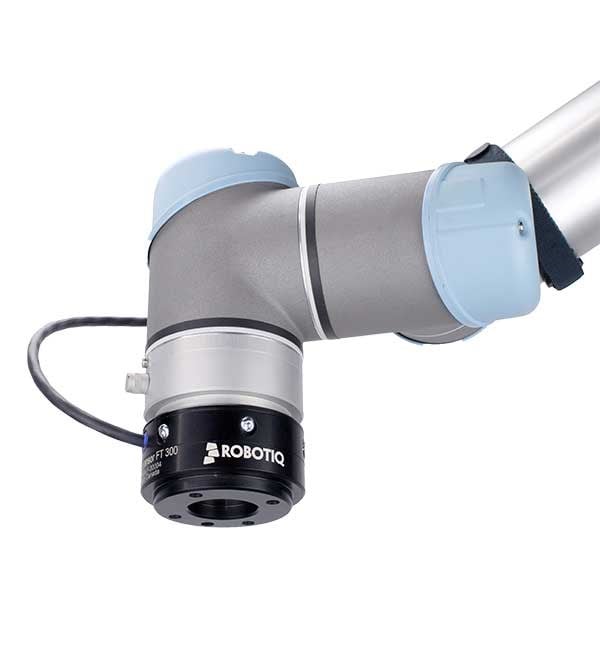 As the technology improves, robots can work in a broader range of assembly and manufacturing fields.

Without specific sensors, most manufacturing robots operate under predefined parameters for speed and path. To work in processes that require adaptive movement, a robot needs some external input to know how to vary its movements to fit the changing parameters within the system. Some examples include part fit-up, sanding and polishing, and deburring.

With the addition of force and torque sensors, robots can "feel" the task they are working on, making them more versatile in the manufacturing process.

Some robots come standard with force and torque sensors built into the robotic arm itself. ABB's YuMi robot is one example of a collaborative robot that uses torque values in its operation. 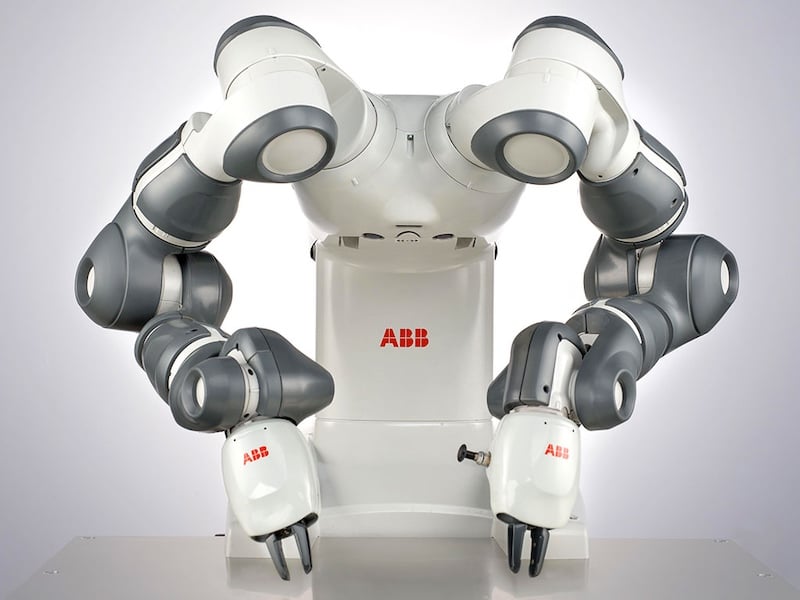 It uses motor torque values to operate safely near human workers. If the controller sees a torque spike in the motors over a certain value, it stops the YuMi's operation. This allows the robot to work in the same space as workers without a protective safety fence.

Users can also program the robot to change actions when it sees certain force values in its routine. For example, when picking and placing objects, the fingers will know a part has been successfully grabbed when the gripping fingers see a preset force value.

With this information, the YuMi can make decisions for pick and place operations and assembly operations. The robot can confirm a successful assembly when a certain force is achieved during the assembly process. For example, dowel placement in a part, when the dowel has bottomed out in its sleeve, the torque value on the arm will spike, letting the controller know the part has been placed correctly. 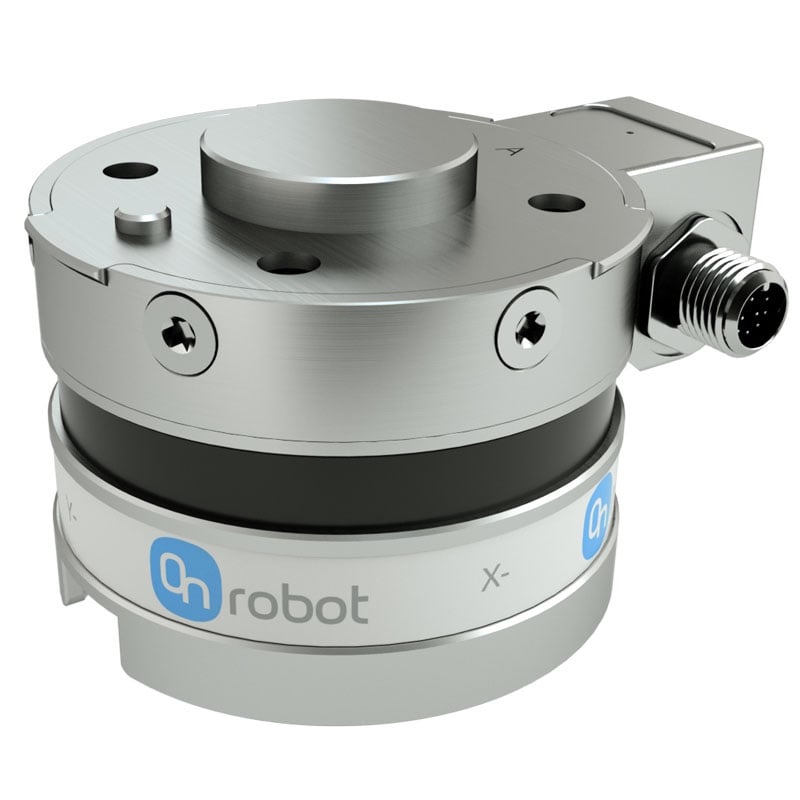 They are equipped with torque overload capabilities that alert the robot to stop moving in the event of a collision. For use in the actual manufacturing process, an external sensor must be added.

A load cell or strain gauge sensors are the most common type of force sensor. They work by measuring the strain created in the sensor when a force is applied. The strain in the sensor is then relayed to the controller so it can make adjustments to the process.

Another common type of force sensor is an optical force sensor. These force sensors work similarly to strain gauge sensors, but instead of a strain gauge reading the deformation of the sensing element, infrared light is used with a similar effect.

As the sensor is deformed infrared light detects the slightest change in force. It is so accurate it can sense human touch. These sensors are used where extreme accuracy is necessary.

Force torque detectors are becoming more common as robotics play an increasing role in the manufacturing process. The addition of these detectors to robotic arms allows them to do tasks previously only possible with the human touch.

Dowel pin placement is a large part of the automotive manufacturing process. Dowel pins are tough to place because of their tight-fitting tolerance. The slightest variation in robot and part alignment can lead to the pin binding in the part and becoming stuck. With the addition of a force-torque sensor, the robot can better align and feed the dowel pin into its hole.

As the pin is inserted into the hole, the robot sensor can detect changes in force as it slides in, making the slightest adjustments to get the pin to a full seat. Once the pin is bottomed out, the sensor detects a large increase in force and knows the pin is fully seated and can move onto the next task.

Sanding and deburring are other common robotic tasks that often need the use of a force detector. Sanding requires even pressure across the work surface to create a uniform finish. This is difficult to do with traditional robotics.

With a mounted six-axis force-torque sensor, the robot can make adjustments to keep the sander perpendicular to the surface being polished. In deburring, they serve a similar function and help robots find where the burs are for removal.

Force torque sensors are becoming more common in the robotic industry. They allow robots to better adjust to their surroundings. With this technology, robots can work on processes previously not possible. Collaborative robots use this technology to create a space that allows for human-robot interaction in the work process.

Force detection makes these robots safe enough to operate next to factory workers without a safety fence and reduces the necessary safety for the cell. With external force-torque sensors, robots can make adjustments to their actions based on changing parameters in the work process.