Getting Starting with the HART Protocol for Sensing Instruments

Getting Starting with the HART Protocol for Sensing Instruments

The Highway Addressable Remote Transducer (HART) protocol is an industry-standard protocol for smart or advanced instruments. Typically, this style of protocol is used with flow meters, PH meters, temperature transducers, or any other sensor that offers advanced parameters.

For example, a flowmeter might require the size of the pipe in which the meter has been installed to determine an accurate measurement of the flow. A pH meter might have an internal temperature probe to compensate for the temperature of the solution being measured. 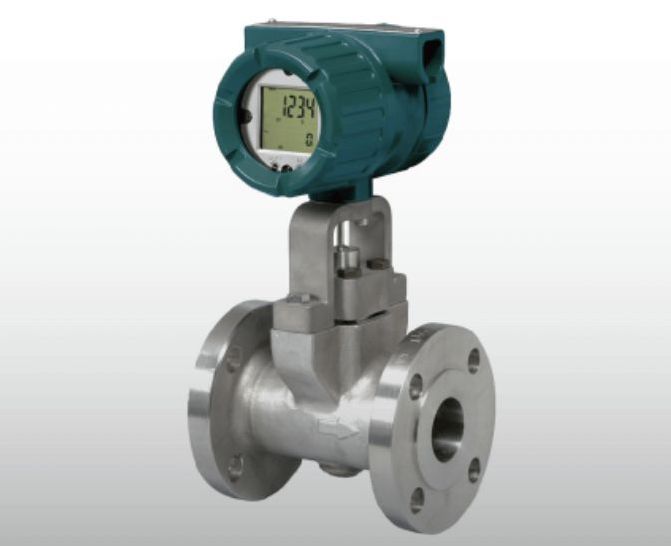 Figure 1. Flowmeters like Yokogawa’s digitalYEWFLO series are the kind of devices that benefit from HART protocol support. Image used courtesy of Yokogawa

With any measuring device, there are typically setup procedures and calibration work instructions that have to be done by human interaction. These are manual processes, which means they can induce errors in the system. As a result, such operations need to be performed regularly and verified.

In contrast, instruments that make use of the HART protocol parameters can be set via the automation controller (likely a PLC or IPC). Alternatively, maintenance staff can be alerted when sensors are not performing as they should or when it's time to calibrate the sensor. 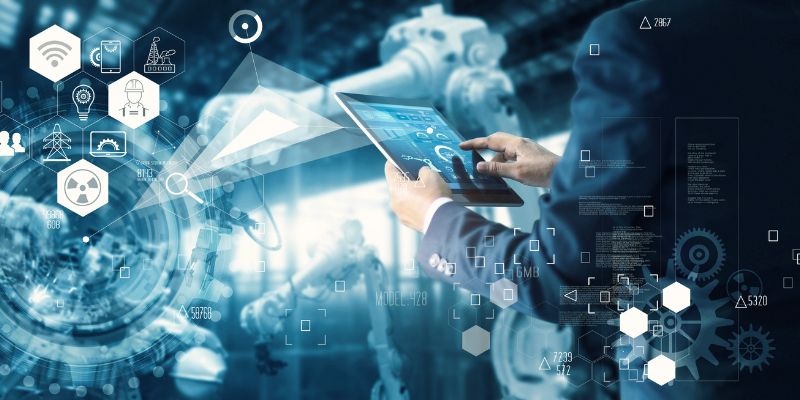 Figure 2. The HART protocol is bidirectional, enabling the field device and host to be in constant communication. In this way, the sensor can be remotely configured and calibrated while data is collected for local or cloud processing operations. Image used courtesy of Canva

The protocol is made up of two channels—one is a 4-20 mA analog signal, and the other is a digital signal that uses frequency shift keying encoding. Such encoding enables both channels to reside on the same physical wires. The digital signal is used for additional parameters, diagnostics, and measured and calculated values. This digital signal has a communication speed of 1200 bps, which calculates to about two updates per second.

Because there are two signals carried on the same wire with a HART protocol, this means the signals will need to be separated at the controller or the host if you want to make use of the digital signals. If your control system doesn’t need to use the digital channel, you can simply connect the same hardware to an analog input to read the measured value.

To use the HART digital signal, you will need to purchase an interface card for your control system. This card typically resides on the same rack as the input and output cards. The card makes both the analog and digital signals available inside your automation software. 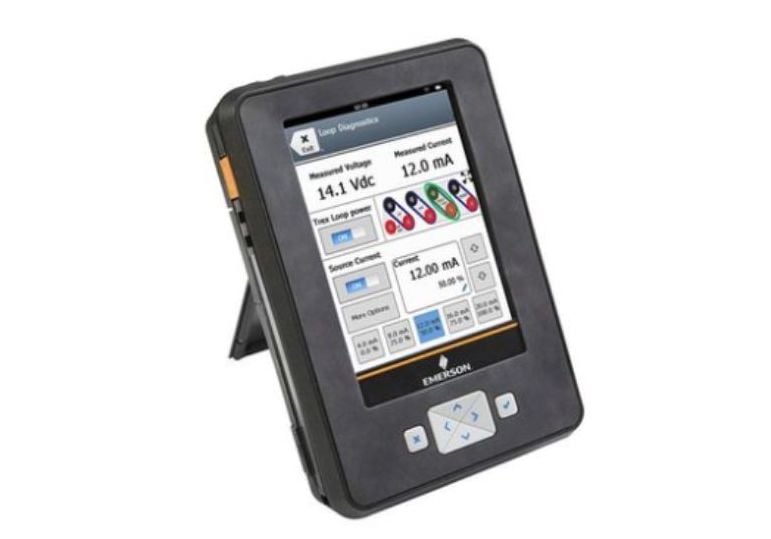 Just like wiring an analog device, it is important that the correct conductors are used for the application. Always consult the device manual on the details of how the device should be wired. Using a shielded industrial cable that is properly grounded is important to reduce signal noise between the device and the host.

The wiring at the controller will be slightly different for each manufacturer, but essentially the device will be wired very similarly to an analog sensor. The interface card will detect the digital and analog signals and separate them into different data blocks. Technicians can then scale the analog signals into engineering units. Some HART devices have wireless features built-in, allowing a technician to use a handheld device to connect wirelessly to the HART device and set parameters or read signals.

Once your device is powered on and wired to the HART analog input card, you can now configure your program to communicate with the HART device. Much like any interface card or any other device on an industrial field bus, you will need to add the device to your device tree in the program.

After giving your device a name, you will want to make sure you set the input data to ‘Analog and HART by Channel’ in the Module Definition settings, as seen in Figure 4. The next setting you need to pay attention to is on the configuration tab. This is where each channel is configured and scaled to engineering units, along with setting the type of analog signal: voltage or current. 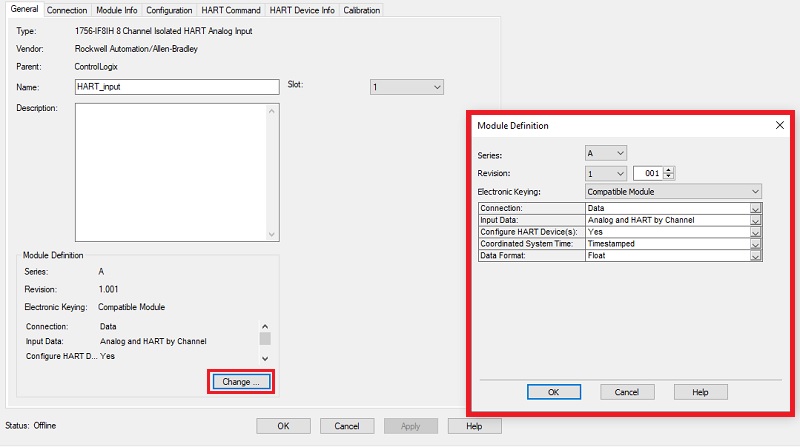 Figure 4. Module Definition dialog, allowing input data and configuration methods to be selected for the module. Image provided by Control.com

Configuration of the digital signals takes place on the ‘HART Device Info’ tab. This is where additional information about the device can be viewed and variables can be assigned to additional parameters or measured signals. 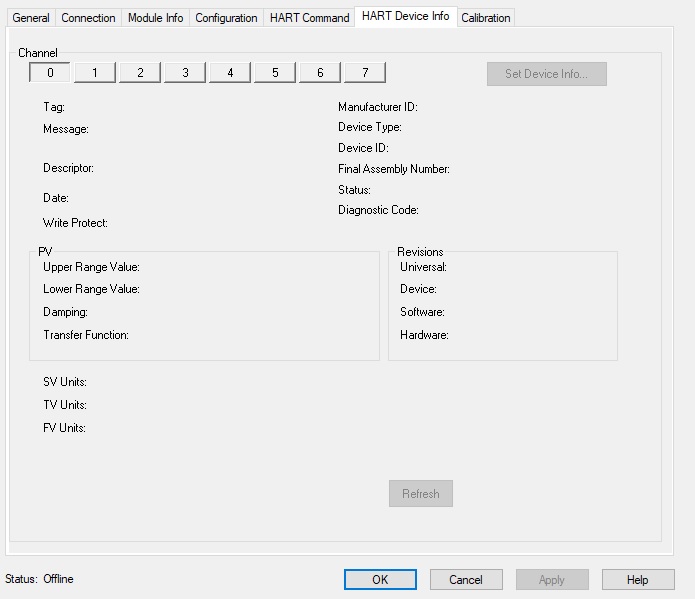 Using HART-enabled devices is a great way to collect additional information about your system, or even take an automated approach to setting up and configuring your devices. Many devices make use of the HART protocol because it doesn’t force their customer to use a particular field bus protocol. 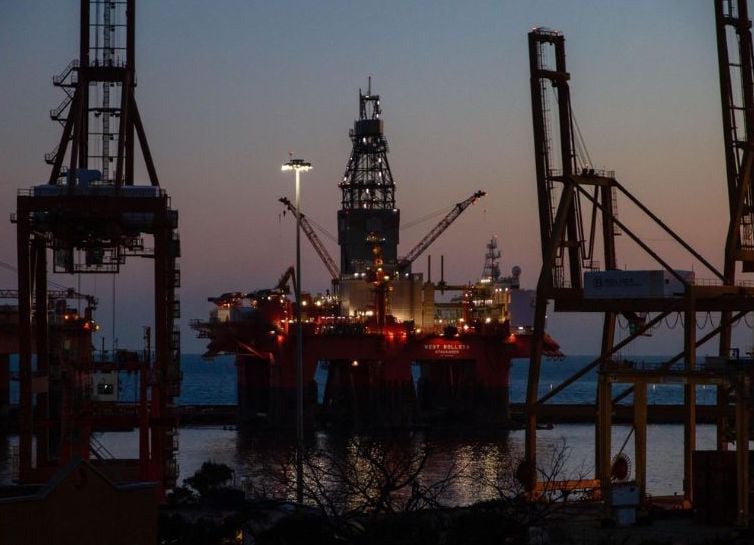 With IO-Link or Ethernet/IP, the system is quite capable, but you must have a bridge module allowing communication with just that one network. HART is more flexible, providing a communication platform for both simple analog devices and HART devices side-by-side on the same module. A great application for a HART device would be an instrument that is located in a remote location, maybe on an oil rig or in a nuclear reactor.

By using a HART device, you can change parameters or determine if the device is malfunctioning from a remote location. Some devices may even have an option to calibrate the device over the digital channel of the HART protocol.

HART devices provide benefits over typical analog controls by allowing more precise configuration of the process, as well as better diagnostic and device identification data. These networks can be quite simple the construct, as long as the user has a brief understanding of the devices and the network modules required to connect them.