What is the Kinematic Chain?

Donald L. Pieper invented the 321 kinematic chain. It is used in most robotic arms with high Degrees of Freedom (DoF) and is made of intersecting revolute joints.

The Stanford arm was one of the first models of this design. It had six degrees of freedom from two revolute joints, a prismatic joint and a spherical joint. Most robotic arms used in industry are advanced iterations of the Stanford arm. 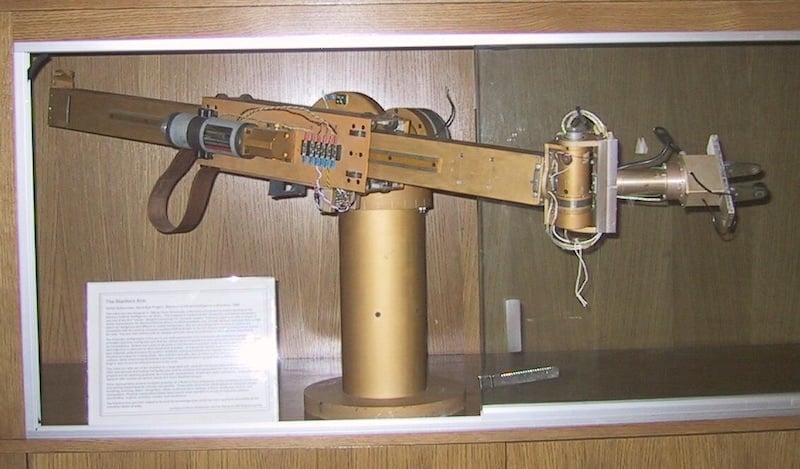 An engineer can use forward kinematics and inverse kinematics to figure out the positions of end effectors and manipulate the robotic arm.

In any kinematic chain, from the base of the robotic arm, different links are serially connected with revolute links or prismatic joints. The end effector or tooltip is attached at the end of the last link. Forward kinematics can calculate the position and orientation of the end effector with joint variables. 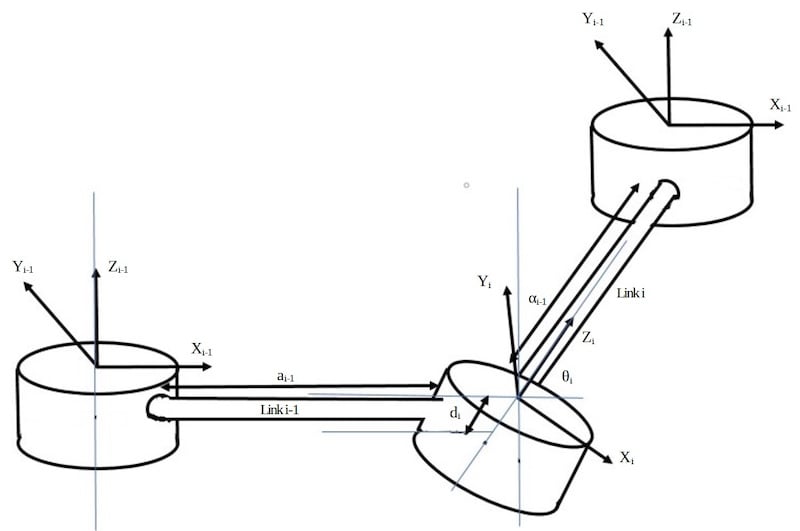 The Denavit-Hartenberg method is the commonly used method for the forward kinematics model. It uses four parameters at each axis to define a system. They are:

Suppose coordinate frames and DH parameters are clearly marked. The link length ai-1 is measured as the length between the axes Zi and Zi-1 along the Xi-1 axis. αi-1 is the angle between the same two Z axes measured along the Xi axis.

This transformation matrix will give px, py, and pz, the position coordinates of the end-effector.

Calculating the position of the end-effector with forward kinematics is not sufficient for controlling robotic arms. We need to calculate how to reach the desired state of the arm from the current state by reconfiguring the kinematic links. The calculations for it are referred to as inverse kinematics.

In this method, the joint space is divided into multiple two-dimensional planes and trigonometrically finding solutions in each plane. 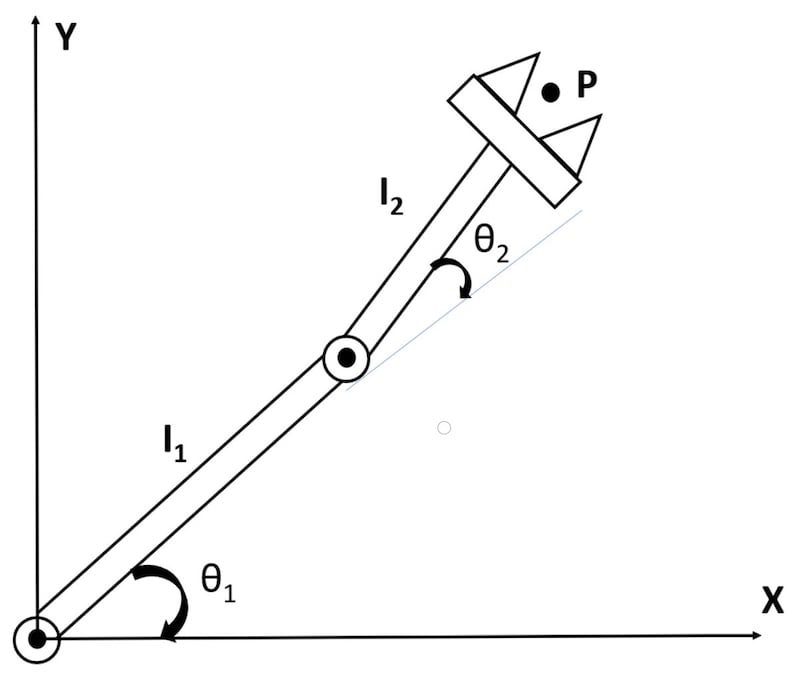 Figure 2: For example, consider a manipulator with two degrees of freedom. Information used courtesy of S. Kucuk and Z. Bingul

This can be simplified to a simple geometric problem, as shown below. 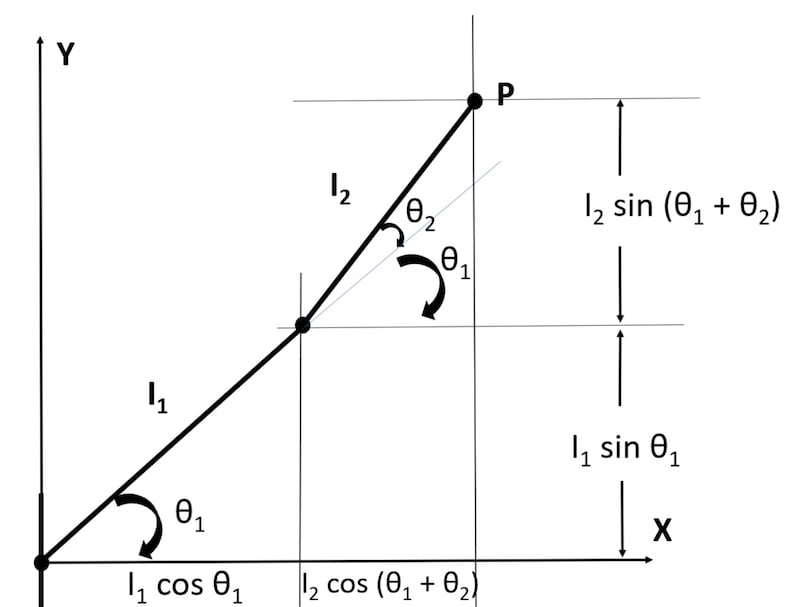 Figure 3: Now, simple geometry can be applied to calculate the parameters. Information used courtesy of S. Kucuk and Z. Bingul

However, it gets far too complex and time-consuming to calculate when robotic arms with higher degrees of freedoms are involved.

For six-axis robots with six degrees of freedom, the equation becomes:

To find the inverse kinematic solution for the first joint, the inverse matrix of the transformation matrix T01 (which is [T01]-1) to both sides of the equation above.

It takes a long time to solve it manually. Today with access to advancing computing power, algorithms can solve it in a fraction of a second. This makes it simpler than the geometric solution approach in modern-day applications.

For a kinematic chain, forward kinematics is to calculate the end-effector position in relation to the base. The Denavit-Hartenberg parameters are used for mathematical calculations as it has variables to represent rotational and translational parameters.

The transformation matrix for each joint can be individually calculated and multiplied to obtain the Tend-effectorbase. This final matrix gives the position coordinates of the end effector.

Figure 4: Inverse kinematics is used to find the joint space parameters when Cartesian parameters are known. This is essential to manipulate the end effect by inducing different movements to the different joints.

In simple terms, forward kinematics is used to convert variables in joint space (Denavit-Hartenberg parameters) to Cartesian coordinates, and inverse kinematics is used for the reverse operation.
Using these kinematic methods can help engineers understand how to control robot arms more carefully.