In circuit theory, voltage drops of resistive type devices are relatively simple because they do not change over time. But there are two types of devices that do create changes over time: capacitors and inductors.

Discussing voltage drops of resistive type devices (including wires) is relatively simple because they do not change over time. As soon as voltage is applied to the circuit, the current begins flowing, and power is dissipated in the devices, leading to steady voltage drops. But there are two types of devices that do create changes over time: capacitors and inductors. This article discusses how to account for voltage drops in these special cases. 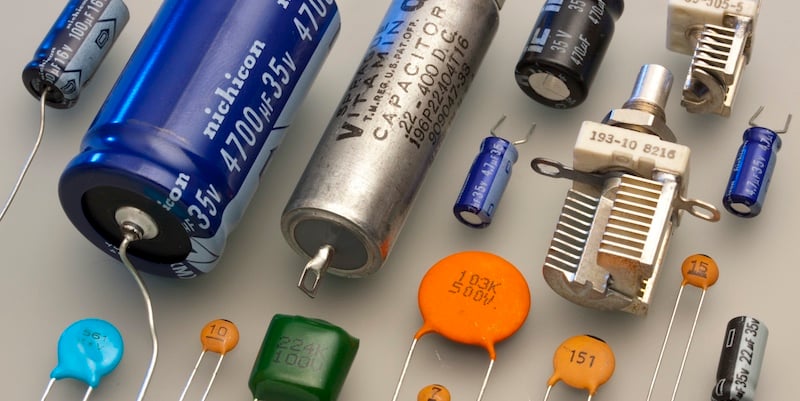 Three main categories of load devices exist in electronics. Typically, purely resistive loads are the first to be introduced in an electronics course or program due to their simplicity. As long as voltage is applied to a properly constructed resistive circuit, the current immediately flows through the circuit at a steady rate. This leads to the conversion of energy in each component, and therefore a voltage drop.

The key characteristic of resistive loads is that they do not change, no matter how long the circuit is active. In reality, small changes are inevitable — even current in a device changes its temperature, affecting the resistance. So there is no way for a real circuit to remain exactly the same. But in a resistive load, the current can be assumed to remain largely the same regardless of elapsed time.

The other two categories of load devices can be more difficult to discuss. The effect of each one on the circuit changes depending on the voltage type, i.e., DC or AC application. These components are the capacitor and the inductor.

One further important note to keep in mind with these devices is that they never act alone in a circuit. Some circuits may be purely resistive, but there will never be a purely capacitive or inductive load. They both include some element of resistance even if that resistance value is wrapped up within the capacitor or inductor itself.

A capacitor is any component with two conductors separated by an insulator. Sometimes this is an undesirable effect, such as two wires side-by-side in a wire bundle. Other times, the device might be constructed carefully with conductive plates and dielectrics in order to maximize the amount of capacitance. 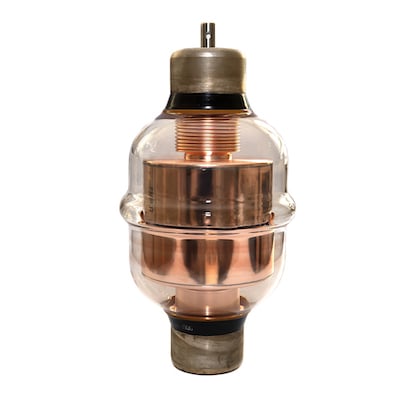 Over time, perhaps just a few milliseconds, the opposing charges will continue building on both conductors. As that difference increases, so does the energy required to keep building the charge. As the rate of charge growth slows down, the motion of the charge in the circuit will also slow down. This leads to a high voltage:

Inductors are usually discussed right alongside capacitors (just like right here in this article) but be careful - the principle of operation is ENTIRELY different. The only similarity is that inductors do exhibit changing voltage and currents over time, although in a different manner than capacitors.

An inductor is a coil of wire, usually wrapped around a core of metal consisting of iron composites. That iron is capable of holding energy in the form of a magnetic field, although it’s not permanent. 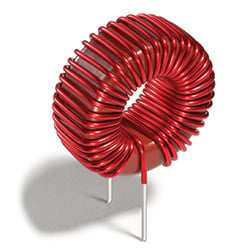 When voltage is first applied to this coil, the energy is largely transferred from the charge in the circuit into the magnetic field of the iron core. Thus it takes a lot of energy to build up that magnetic field. At the very beginning, it will take the most energy. Based on the formula for voltage, this energy difference in the coil will lead to a large voltage:

Over time, the energy stored in the magnetic field will reach a maximum, and it doesn’t take any more energy to keep building. When that happens, the voltage across the inductor will drop:

One important difference between capacitors and inductors is the initial charge motion (current) and the changing amount over time. An inductor is a coil of long, thin wire resulting in a measurable resistance. The current in a pure capacitor at the beginning may be very, very large with a nearly zero resistance. We would expect the same extremely high current in an inductor after time when the voltage drop is low. However, the internal resistance of the coil limits the current.

For this reason, we will never see a load device consisting of just a capacitor. However, we might expect an inductor as a load, since it also has a considerable resistance of its own. In fact relays, contactors, solenoids, and even motors consist simply of coils and are inductive loads - but they still have an internal resistance to limit the current.