This week, researchers from MIT have created a robotic arm that is able to understand its position in its environment without the need for cameras or position tracking sensors with the use of flexible sensors.

Why are flexible sensors beneficial to robotic systems, and how can they be used for positioning?

Robotic systems are vital for industrial automation and allow for computers to perform almost any action ranging from sanding to welding. One common problem robotic systems face is understanding exactly where the robotic system is located in free space.

One method for positioning involves the use of stepper motors with encoders, which allows for programs to determine their location based on those readings while another method would include tracking sensors placed at key points that relay back their detected position.

If a robotic system could operate like the human arm, not only would it be highly versatile, but it would also be able to know its position more precisely. If the robotic system was flexible, then the system would be able to move with more freedom and dexterity.

The majority of sensors built for flexible robotic systems are ridged and therefore, cannot be easily attached to a flexible body. This means that such a system would not be able to use positioning sensors around the design and therefore be reliant on 3D motion capture.

In order to solve this problem, several researchers from the Massachusetts Institute of Technology (MIT) have created a flexible sensor that is able to be bonded to a trunk-like robotic arm. The sensor is crafted from a typically rigid material that is used to shield devices from electromagnetic interference and is itself piezoresistive.

To make the material flexible, the team employed a technique called Kirigami, where the material has many meandering cut-outs that allow for it to expand and stretch. Multiple of these strips were produced, attached to a trunk, and allow for sensing of stretching on the robotic trunk.

This sensor is unique because it can easily be reproduced with off-the-shelf parts that any developer around the world can access and deploy in their own application. 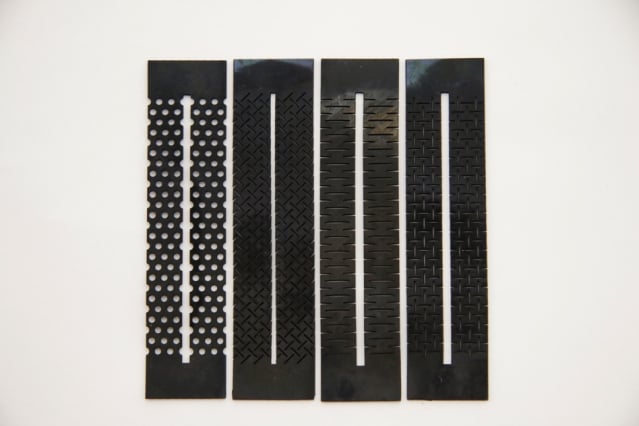 The sensory skins that are applied directly to the robot. Image used courtesy of Massachusetts Institute of Technology.

The flexible sensors produced a lot of noise, which means that they cannot be used in a traditional algorithm but eventually, the trunk was able to separate the noise from the position using the camera feed to learn from.

What makes robotic systems very different than humans is that current robotics relies on multiple sensory information and memory to position themselves in free space. Even then, this can be problematic, should something happen to the arm (such as gear slippage).

The exact mechanism that allows for this motion is not entirely clear but what is known is that the human body has thousands of nerve endings across its surface in a similar fashion to the robotic trunk. 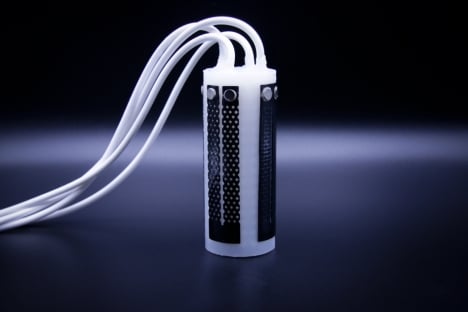 Flexible sensors allow for flexible robotics which has many advantages over their rigid counterparts. The ability to apply over force without causing damage to mechanical components while being able to easily handle a wide range of objects makes flexible systems highly desirable in industrial applications.

However, the importance of AI cannot go understated when such sensors are highly noisy and lack exact positioning systems.