Antaira Technologies has recently expanded its industrial networking infrastructure family with the introduction of the LMP-1600G-M12-10G-67-24 and LMX-1600G-M12-10G-67 managed switches.

Before diving into the specs and features of the new switches, we will investigate the role of these devices within industrial networks.

The complete lineup of M12 managed switches is currently available on the company’s website.

At a basic level, network switches are networking hardware designed to connect devices on a computer network by using packet switching to receive and forward data to the destination device.

These multiport network bridges traditionally use MAC addresses to forward data at the data link layer (layer 2) of the OSI model and sometimes at the network layer (layer 3) if they also incorporate routing capabilities.

When it comes to industrial network switches, experts typically refer to devices designed to operate in harsh industrial environments, and thus able to withstand an extended range of temperature, humidity, vibration, electrical noise, and physical contamination. Industrial switches often contain connectors that are more common in an industrial setting, such as coax terminals, or the M12 connectors, as the new Antaira models demonstrate.

To protect them from the aforementioned hazards in harsh environments, industrial network switches are often enclosed in ruggedized encasements with a high IP rating (IP65 and above).

These cases are also often equipped with watertight Cat-5 or Cat-6 cables, which offer rugged M12 or M8 connectors (as opposed to 8P8C RJ45 connectors typically used in a home or business network).

Industrial switches with ruggedized encasements can either be placed in-cabinet, or on-machine, with the latter option saving substantial space in control cabinets. 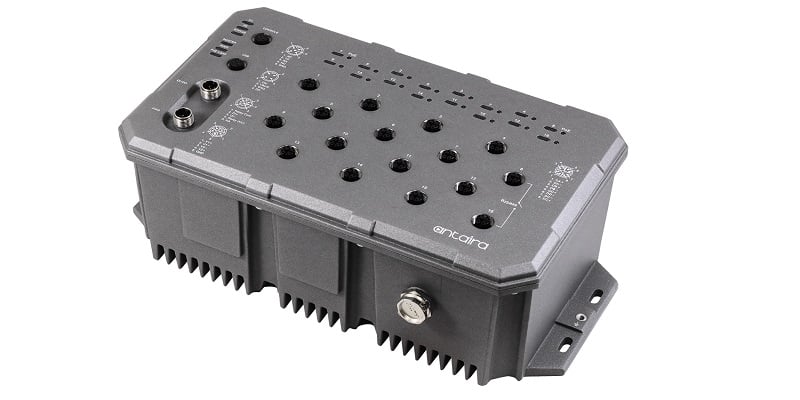 In the cases of complete power failure, the LMP-1600G-M12-10G-67-24 employs bypass technology to keep data communication flowing even if the switch is offline.

For context and comparison, M12 connectors are generally considered superior to their RJ45 counterparts when looking at industrial applications, due to their higher IP rating and smaller footprint. 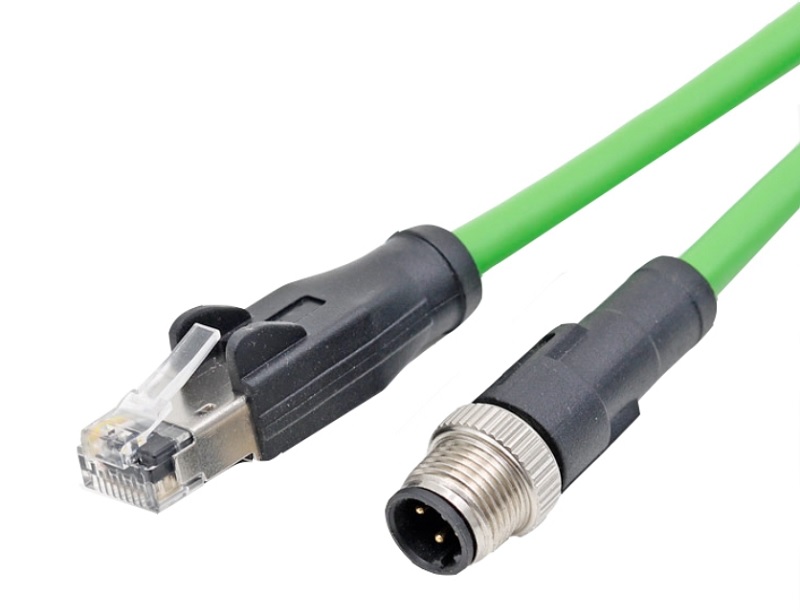 An RJ45 connector on the left, compared to an M12 on the right. Image used courtesy of ArtekCable

The release of the Antaira M12 managed switches comes exactly one year after the company introduced two PoE switches for rugged, industrial environments.