Comau releases the Racer-5 SE, their latest industrial robot. With its smooth, easy to clean design, the Racer-5 SE aims to alleviate the workload in cleanrooms and sensitive manufacturing facilities.

Comau has recently announced the Racer-5 SENSITIVE ENVIRONMENTS (SE), an industrial robot built especially for sensitive environments. The Racer-5 SE is capable of lifting up to 5 kg and will find use in assembly, picking, packaging, and other such operations in electronics, food and beverage, and pharmaceutical manufacturing. It has a small footprint and is suitable for tabletop, wall, ceiling, incline, or floor mounting, making it versatile and agile. 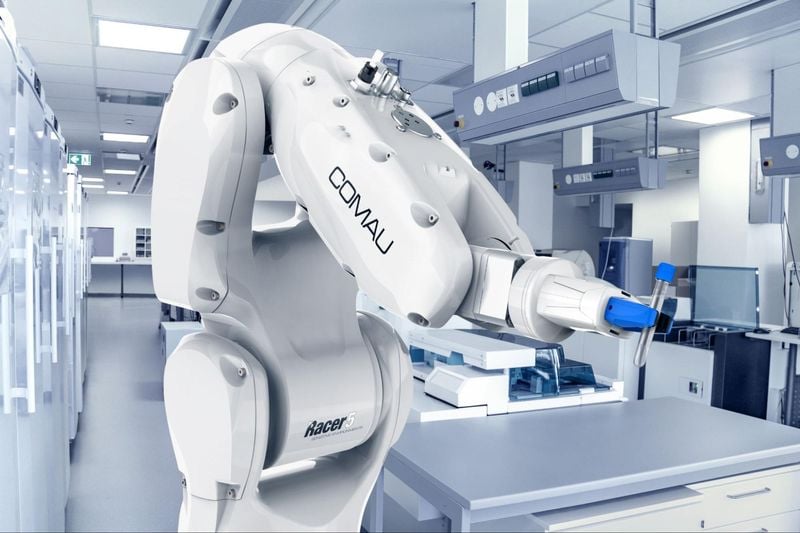 The Racer-5 SE. With its smooth design and high-gloss paint, there is very little space for particles to build up or biological contamination to grow. Image courtesy of Comau.

What is a Sensitive Environment?

To combat this, robots in sensitive environments must be sterile. Surfaces should be smooth, with few tight-fitting spaces where bacteria or fungi can grow. Furthermore, the robots must not allow wear particles or lubrication to escape that could contaminate the product. 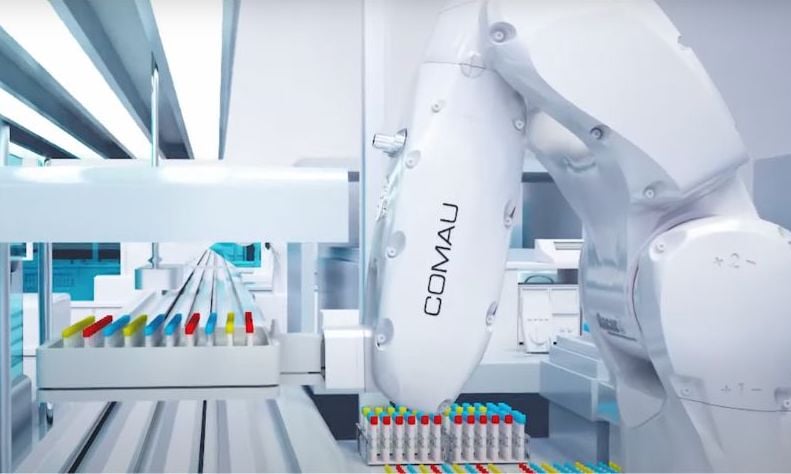 The Racer-5 SE is specially designed for these sensitive environments. It features a high gloss, smooth, but ruggedized shell, which reduces sites for biological contamination to grow. Its housings are rated to Ingress Protection (IP67), making it waterproof and dustproof. This prevents lubricants and wear particles from leaving the robot and water from entering the robot, preventing bacteria from growing inside the robot. Furthermore, the Racer-5 SE uses an NSF H1 food-grade lubricant, and food-safe gaskets, making the robot safe, even for direct contact with food. In terms of particle contamination, the Racer-5 SE is ISO cleanroom certified by Fraunhofer.

Its design is simplistic in nature, making it easy to disassemble, clean, and decontaminate as needed. It uses all stainless steel screws and hardware, limiting the potential for rust contamination. Rust contamination due to plain carbon steel screws is a major contaminant in semiconductor manufacturing equipment, particularly in environments where harsh cleaners or acid spray is present.

With the ongoing labor shortage, the Racer-5 SE can help alleviate some of the workload in most cleanrooms and sensitive manufacturing facilities. Due to the expensive training and routine testing of cleanroom procedures that must be conducted for employees in the manufacturing environment, the Racer-5 SE can keep more folks out of the sensitive areas of the process. This will minimize labor, training, and testing costs.

Comau, founded in 1973, is a wholly-owned subsidiary of the Stellantus Group. They began by creating robots to service the automotive industry, but have since expanded into virtually all manufacturing operations across the globe. Their robots are used in a variety of machining and assembly operations. They also supply controllers and software and provide technical services.