Hydraulic control for motion has existed since before the days of electricity. The force of water was a primary driver for liquid and steam applications, with the liquid systems in modern times being replaced by more viscous, temperature-resistant oils and synthetic hydraulic fluids.

To control these fluid motion systems, Parker Hannifin is a well-recognized leader throughout the field of fluids. From pumps to generate pressure, hoses, fittings, and valves to transport the fluids, to the actuators fixed to the mobile loads. 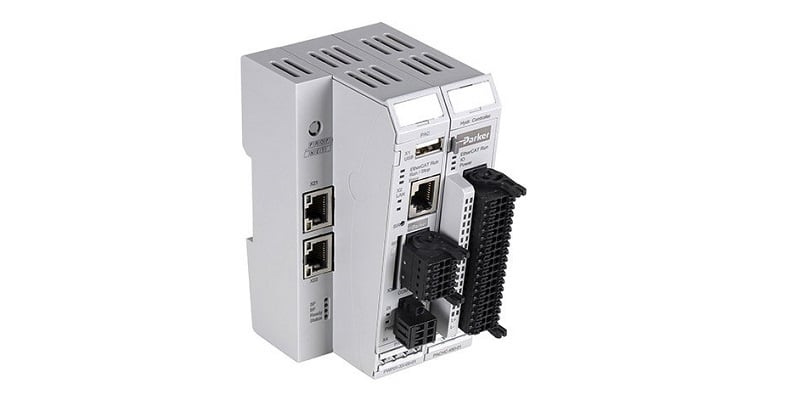 The controller module includes many industry-stadard communication and capability options, much like a modern PLC or other motion controller. The primary communication interface is EtherCAT, with a secondary isolated Fieldbus port providing access to either a second EtherCAT network, Ethernet/IP (supporting Modbus TCP), or PROFINET I/O depending on the specific model.

The DIN rail mounted controller includes an SD card slot for data logging applications and a USB socket for one local PC programming/monitoring connection. All programming, both initial configuration and logic programs, is performed in the IEC 61131-compliant CODESYS V3 environment, with a web-based interface for integration with remote monitoring and diagnostic dashboards and connection with web HMI panels. 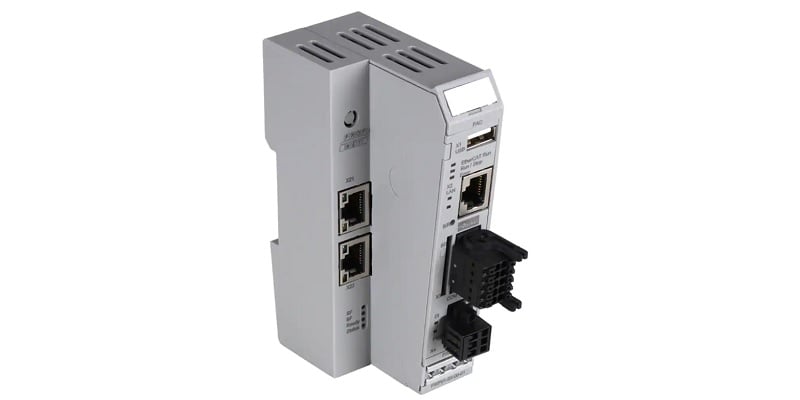 The maximum number of hydraulic axes supported by the PAC120 controller is 40, but the PACHC axis modules must be installed and configured separately to achieve such capability.

The PACHC motion axis module is used for 1 or 2 unique axes (most likely hydraulic actuators). Feedback in the form of 2x analog inputs, available for either voltage or current modes.

Sensors can be added to these inputs for precise control under the following conditions:

For each input, sampling is performed at a rate of 4000 samples per second, yielding extremely fast responses to system changes, allowing high-speed hydraulic systems. 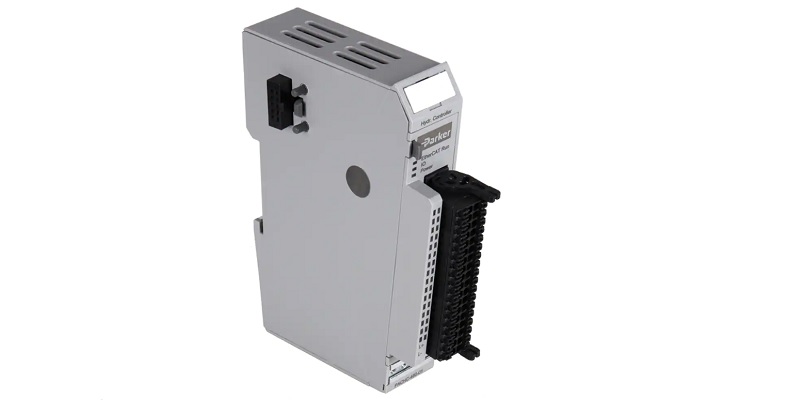 Analog outputs are also available for this motion axis module, also in both voltage and current modes, useful for providing signals to local machines when extended Fieldbus capability is not available.

The PAC system also includes a series of I/O expansion modules for a wider range of configurations. Integration into one single system reduces the network infrastructure typically required when mixing both a control I/O system with hydraulic motion control axes. Instead of two separate module systems, they are integrated into one chassis.

Included in the I/O modules are bus adapters for extended integration into other Fieldbus EtherCAT and PROFIBUS networks. Additionally, a high-speed counter module is available for encoder connections, which are necessary for many linear sensing applications.

Linear motion control is a complex, but fascinating application of control systems. The blend of electrical and hydraulic capabilities produces a speed and precision remarkably difficult for either system working alone.

Advancements in processing power and fluid control valves will continue to allow faster cycle times with better product control, and we’re excited to see how products such as the Parker Hannifin PAC series motion controller will be integrated into bigger, better, exciting machines.