During ATX West 2020, Schunk showcased some of their new robotic grippers.

Schunk is a German-based company that specializes in robotic gripping and clamping systems. Last week during ATX West, they showcased some of their latest robotic grippers. The company does a lot of work in the healthcare, automotive and packaging industries.

Schunk’s grippers and clamping technology aim to promote flexibility when working with robots and humans to increase efficiency.

The demand for robotic grippers has been significantly growing in the last several years. Robotic grippers are designed to further assist handling and assembly in machines, particularly in the automation space. Researchers have even been studying things like sea anemones to further understand and develop these grippers.

These grippers are designed to work efficiently in automated handling systems, machining centers, automated assembly, robotic applications and more. Robot accessories are designed to aid robots in handling and managing tasks at any size, in any environment.

Schunk had a few components on display at ATX West. The A few of these included the co-act gripper, the PGN gripper, and the Servo-electric 5-Finger Gripping Hand. Control Automation got the chance to discuss these grippers with Schunk and see the components up-close.

One of the components on display was Schunk’s Co-act Gripper. These grippers are designed to work in simple automation in conjunction with cobots.

The Co-act Grippers come in several different series including the Co-act EGP-C, Co-act EGL-C, and the EGH, which are built for gripping smaller to medium-sized components. Many of the Co-act series grippers are designed as plug and work, meaning they are meant for a simple start to the production process.

“As the trend is moving towards collaborative, we’re seeing a big interest in this", said Brian Woods, Territory Sales Manager for Schunk. 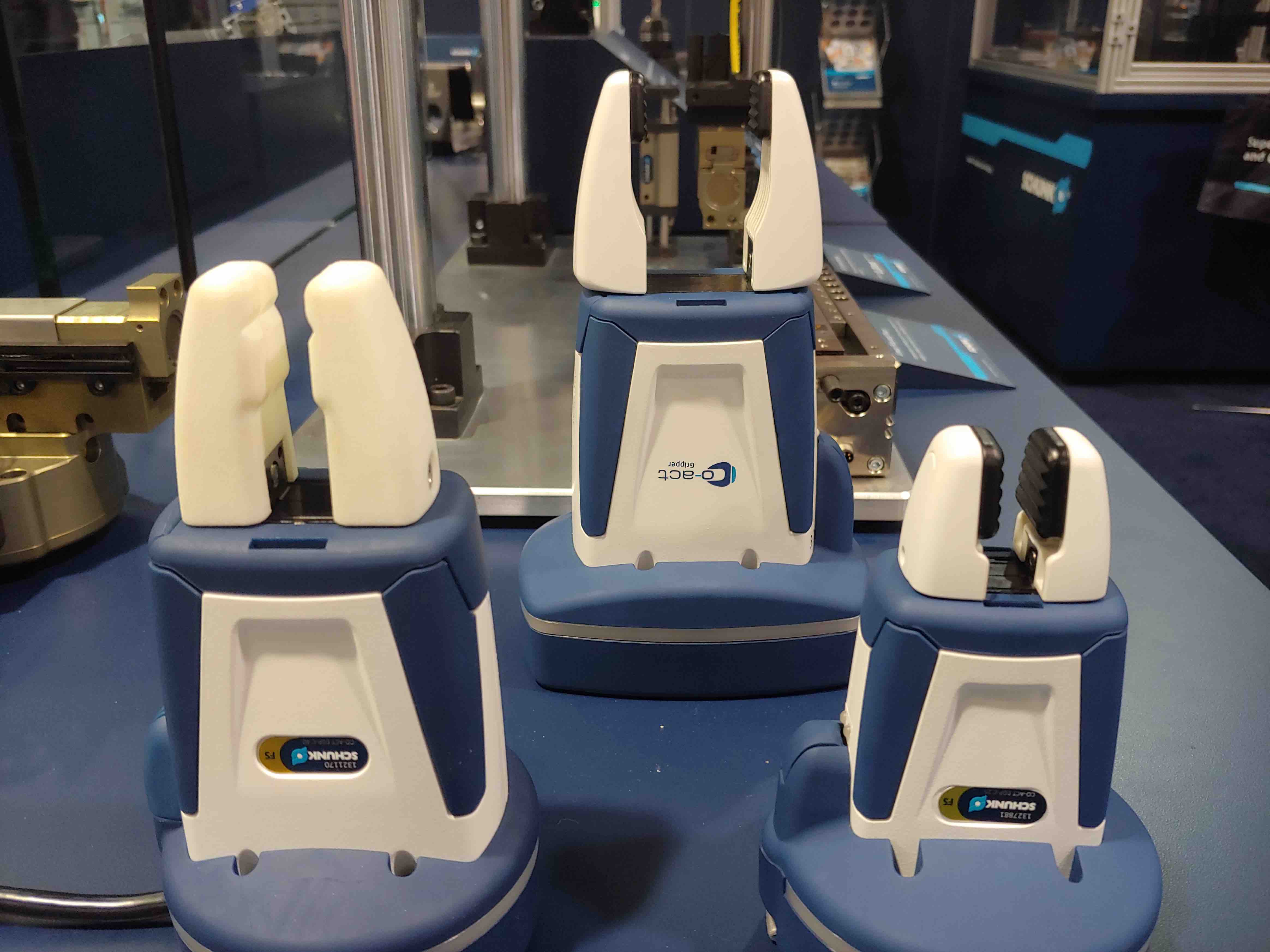 When asked about the key features of these grippers, Woods mentioned, "It has the ridges built-in which allows us to increase our grip force.”

Schunk's new gripper hand is equipped with five fingers and most suitable for mobile robotic applications. All of the electronics on this hand are integrated into the wrist.

"This one is already going to research institutes", mentioned Woods. Woods adds that Massachusetts Institute of Technology (MIT) is one of the institutions that's been working with students and researchers on this component.

These grippers are designed to work well with KUKA, FANUC, Universal Robots, and other large industry names in robotics. These companies create robots and cobots that can be thousands of pounds. Schunk has to ensure that their components can withstand that.
Woods discussed some of the pain points that their company aims to solve for engineers. Most robotic hands have fixed grippers, meaning they are not flexible. When building these components, Schunk aims to provide not only flexibility but the longevity of the part as well.

"These robots will last or at least 20 years, so these grippers need to last just as long”, said Woods.

In addition to the grippers, Schunk also develops pneumatic and electric clamping technology. The clamping systems are designed to work together with the grippers in robotic applications.

Do you use any of these grippers? Comment and let us know.