SMC has developed a size 16 AC servo motor for applications which require high accuracy and low power consumption, fit for use in machining, packaging, and assembling operations.

SMC Corporation has expanded its catalog to include a size 16, AC servo motor in their LEKFS line. These servos can control a slider along a highly-rigid track designed for high precision and ruggedness in the industrial environment. These models will see service in virtually any manufacturing plant that requires tight tolerances during machining, packaging, and assembling operations.

SMC has several configurations of servo motor systems in the LEKFS line. All of these use a circular arc groove configuration in the track, which improves the rigidity of the system, as well as reduces the moment resistance by up to 61%. This is extremely important for long tracks and the movement of heavy objects, as they tend to want to bend the track in between supports. Even if the track is not permanently damaged by this motion, the elastic deformation on the track increases the resistance, meaning more energy is lost to heat as the bearings rub against the sides of the track instead of rolling freely.

Unlike some competing servo motor systems, the LEKFS does not require a battery for their encoder. In particular, some competing servos use a battery to save the position of the encoder, should there be a power outage. If the power cycles, the encoder might not know its position. To prevent this, some companies use a battery to save the location. However, these batteries weaken over time. SMC instead has developed a memory system for storing this information so that during a power bump, the encoder knows exactly where the slide is located and can start up again without issue.

It runs on standard 110 V AC, or through a DC converter (on the DC models), saving maintenance and troubleshooting time. Also, the AC power source is more likely to deliver consistent movements as compared to having a battery in the system, which drains over time and decreases performance. 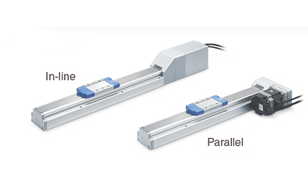 Both in-line models and parallel models are available, making them a good fit for tight spaces and varying machine layouts. Image used courtesy of SMC World

The newest models to the LEKFS line are the size 16, AC models. These are now the smallest AC models in the catalog, filling a gap in the AC offerings, as they already offered a DC servo system in size 16. These models offer high precision and tight control, with a repeatability of 0.01 mm. They are available in two major configurations, in-line and parallel, adding to the flexibility in installation locations. They have standardized mounting holes as well, meaning they can fit easily with other SMC products. The tracks have a standard mounting configuration as well, meaning other servo motors from 18 different major manufacturers can be used as well.

SMC suggests a few common applications for these tracks on their website, including palletizing, positioning transfer, and coating work. 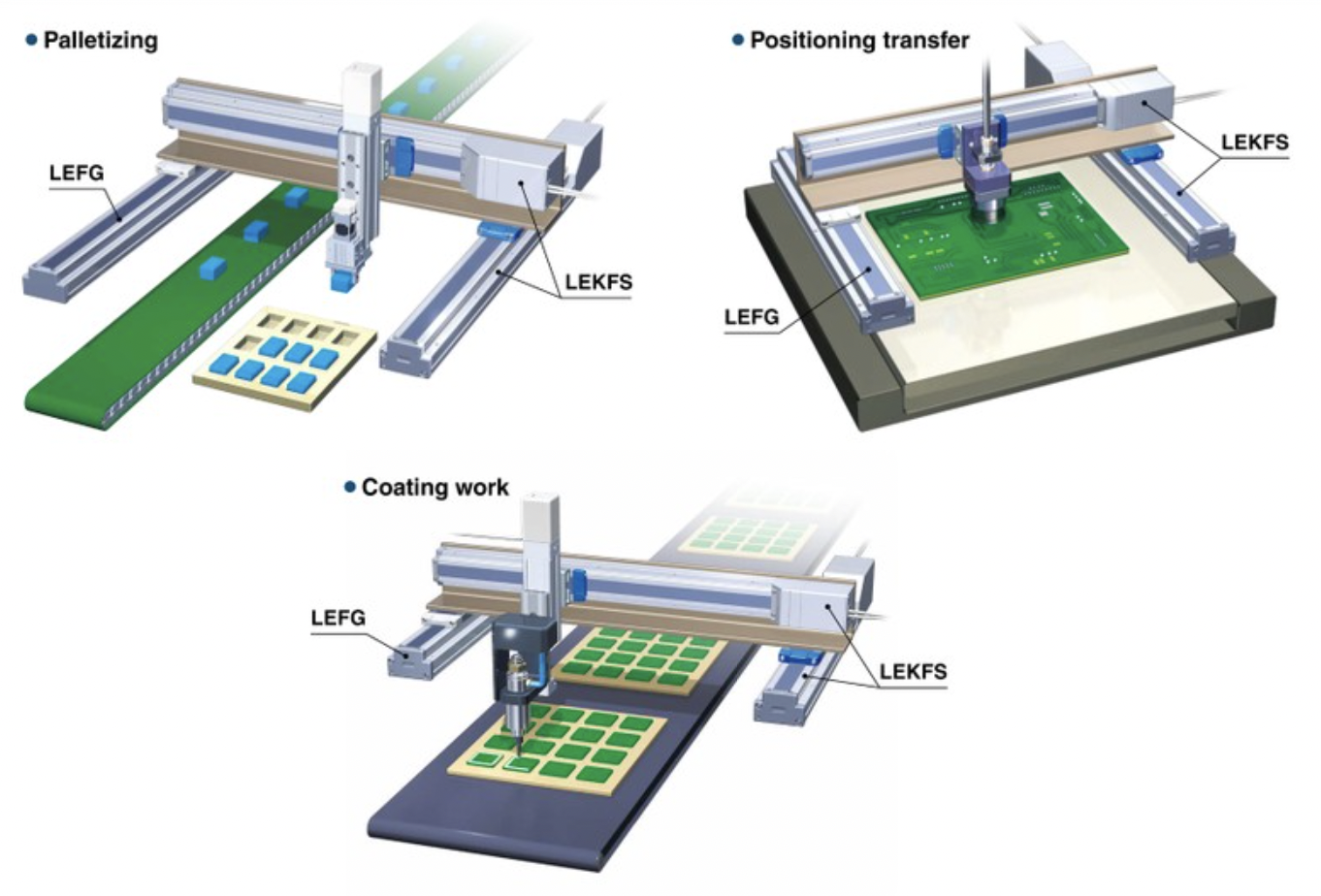 In addition to these tasks, these servos could be used for inspection operations when coupled with a machine vision system, light machining, provided there was a vacuum or other method for removing machining chips, and other such operations.

Quality control is one area that could be enhanced with such a system. The LEKFS could be fitted with a non-contact sensor for measuring the thickness to ensure all parts are uniform. It could be fitted with an infrared temperature sensor for examining glass or polymer film and ensuring that hotspots are identified quickly and troubleshooting procedures can be performed. There are numerous other examples of how a high-precision, highly-rigid servo system could provide product surety.

With the newest SMC LEKFS models, automation operations can be conducted in small spaces with high precision.