Yaskawa announces new features on the release of the latest collaborative robot models - the ability to toggle between standard and collaborative operating modes. 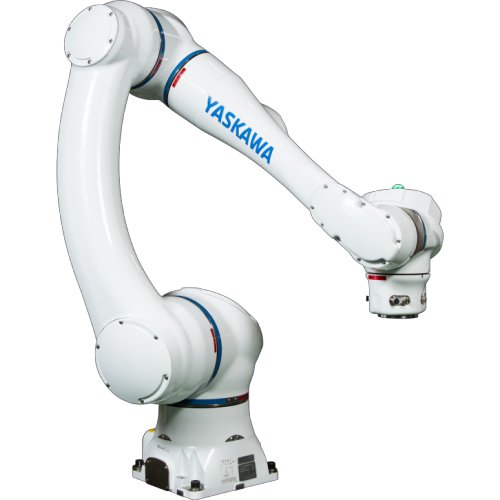 The key new feature is the ability to toggle out of a safe speed and into a more common industrial robot speed. Typically a cobot will travel at no more than 250mm/s which is about ¼ the speed of a standard robot. With the ability to change modes when a safe condition is satisfied the Yaskawa cobot becomes more adaptable to changing situations in the industrial environment. Both cobot arms are equipped with Cat 6 cable that runs through the arm to provide communications to grippers. Both models also have an IP67 rating along with using NSF food-grade grease making this cobot an excellent candidate for the food or Pharmacal industries.

This is the first time that the toggling ability has been added to the Yaskawa robotics lineup. Although any typical industrial articulating robot can be programmed at a lower speed, the extensive safety regulations do not permit it to be classified and used in a collaborative robot setting simply because the operating speed has been lowered.

Cobot is a shortened term for a collaborative robot, designed to operate right next to human operators without safety restrictions. A typical industrial robot will require safety gates and cages, emergency stop buttons, and safety control systems to ensure that people will not be injured by the robot. These safety systems are costly and consume significant, permanent real estate on the factory floor. 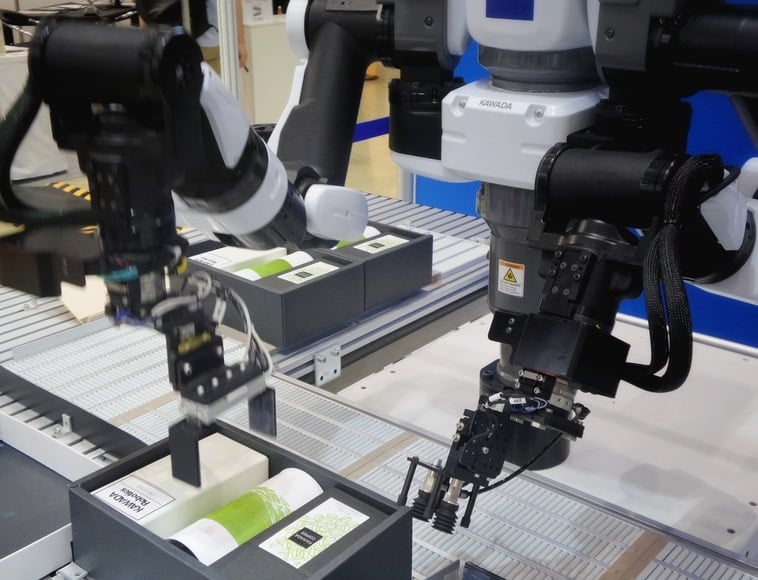 The overall design of the cobot is different from typical robots. The cobot will have smooth corners or sometimes padding on each section of the arm. The axis joints will also be offset along the axis from each other in order to avoid pinch hazards. Cobots are required to have highly sensitive force sensing and motor current monitoring abilities for measuring resistance while moving a payload, allowing the robot to stop itself before somebody gets hurt. Since cobot motion paths are often taught by operators, the programming software will be generally geared towards function selection and ease of use as opposed to standard code-based programming techniques.

With cobots working right next to operators there are some safety limitations that are designed into the robot itself. The maximum speed will be significantly less than a standard robot to ensure that the robot will have enough time to stop if resistance is detected during motion. Payload is another restriction with cobots because as the payload increases so does the stopping distance of the robot. Most cobots rely on human motions for ‘teaching’ the motion path the robot will take. However, not all humans will choose the most efficient or direct route. A typical robot will internally calculate the most efficient route from point A to point B. Certainly, any time industrial software is designed to be extremely simple and easy to use, there will be inherent limitations to that software.

Even though cobots do not require an external safety cage system, they still need to be safe and people working around the cobots need to be protected. The ISO (international standards organization) has developed a special standard specifically for cobots to ensure they are produced in a safe manner. The ISO/TS 15066:2016 was released in 2016 and specifies the safety requirements for collaborative industrial robots and their work environment.