Yaskawa announces the release of its long-reaching, six-axis GP8L robot for maximum productivity in limited spaces. With easy installation and use in a variety of applications, the GP8L stands apart from similar products on the market.

Yaskawa Motoman recently introduced the latest robot model in its GP Series, the 8 kg payload GP8L robot. The six-axis bot features a space-saving design and an IP54 rating. The GP8L is suited for high-speed tasks, including induction, packaging, and picking. The bot can also be employed for dispensing, machine tending, material handling, and assembly. 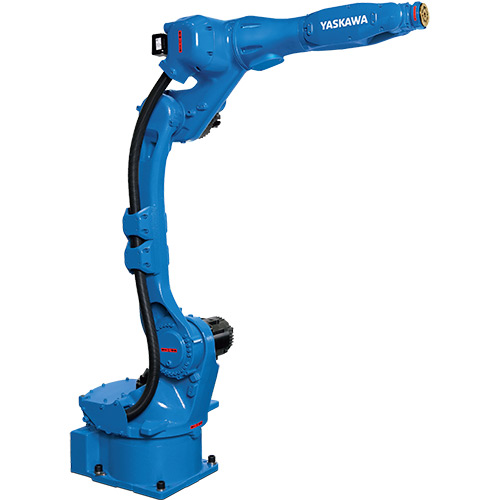 Yaskawa’s new bot in the GP line-up has a slim form and requires minimum space for installation. This aspect of the robot⁠—coupled with a wide wrist motion range⁠—reduces interference with other devices and allows machine operators to economize on valuable space in their industrial facilities. With robots that can be more tightly packed together in workcells, operators can utilize their workspaces to maximize operational efficiency.

The GP8L robot is designed to enable hassle-free installation with a single control and power cable linking the manipulator to the controller. The manipulator of a robot is the part that interacts with the environment to execute specific tasks without human intervention. Air lines and cables run from the robot base through to its upper arm, and fieldbus systems can be routed through the robot S-axis with a cable installation tube.

The GP8L's IP54 rating means that all axes of the GP8L robot are protected against the intrusion of a limited amount of dust, as well as other particles (including those greater than 1 mm). The bot is also protected from water sprays coming from any direction.

When compared to its competitors, such as Epson’s 8 kg payload, six-axis C8 series robot line up, Yaskawa's GP8L has a greater horizontal reach, with up to 1,636 mm versus Epson's C8 robots' reach of up to 1400 mm. The GP8L robot also features a vertical reach of 2,894 mm, and unlike other robots of its type on the market, can be wall-, tilt-, floor-, or ceiling-mounted. 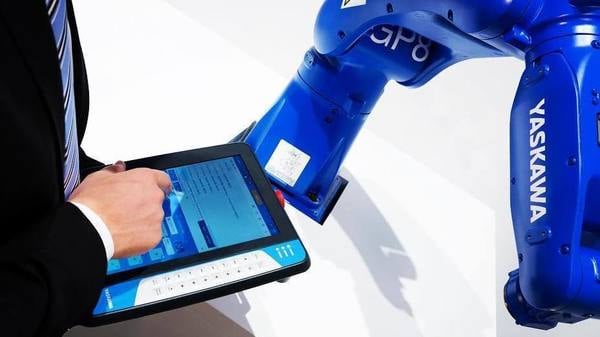