How to Measure AC Current Using a Clamp Meter

How to Measure AC Current Using a Clamp Meter

This article discusses how to measure AC current and voltage using a clamp meter and some of the benefits and limitations of this method.

Current is a critical electrical quantity that tells us that a circuit is active and can indicate how much power is being consumed. Other measurements are present regardless of the activity in the circuit. Many current measurements can be difficult or even dangerous, but a common method has been adopted into many meters which allows safe AC current measurement.

Using a multimeter to measure current is often discouraged due to the difficulty of disconnecting a part in the circuit then placing the meter in-line properly so that damage does not occur. It can be easy to blow a fuse if the meter is placed slightly improperly. It’s certainly a valuable function on the meter, but it is worth emphasizing the greater risk than for measuring voltage or resistance.

AC current is an extremely important quantity to learn in the case of industrial settings. When large devices like motors are used, it is extremely important to learn current consumption during startup and during operation. In a normal meter, we would be faced with the same risks, but in this case, the currents would be likely in the 10’s or 100’s of amps. Even used properly. The meters would fail.

In most of these industrial handheld meters, one end of the meter is devoted to a spring-loaded clamp, or sometimes a stationary fork that can be placed around a wire to measure current without placing the user or the meter in the path of the current flow.

The innovative concept used to indirectly measure AC current comes from one of the oldest concepts in electronics - magnetic induction on coils from alternating current. In a clamp meter, a ferrous coil is contained inside the loop which is opened to allow the wire placement inside, then closed to complete the coil, exactly like a transformer. A secondary coil inside the body of the meter can determine the input current by reading the generated voltage over a small fixed load resistor. 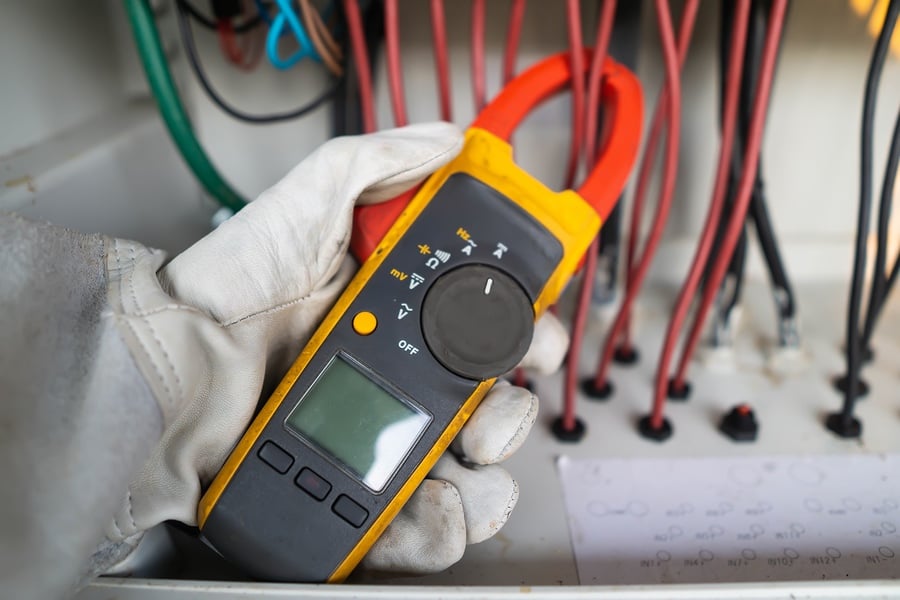 A close-up image of someone using a clamp meter.

This method is much faster and safer than normal in-line meters. The meter is not in the path of electricity, and therefore is not subjected to the current which would destroy the fuse. None of the circuit current actually interfaces with the meter at all. Since the circuit does not need to be broken open to place the meter, then repaired after measurement, the reading is much faster.

Although they are an excellent choice for industrial settings, there are a couple of limitations to these meters that must be observed.

First, they are usually only meant for measuring AC current in the same manner that transformers will only respond to AC inputs. In some special meters, a Hall Effect sensor is placed at the very tip of the meter and can measure DC current as well - even very small amounts of current. This is a very handy tool to have in your toolbox.

These meters are typically not great at measuring small AC currents. Often, the precision is only down to 0.1 amps, so attempting to measure less than that will result in a display reading of 0 amps. For modern LED light circuits, this could present a problem, but in the case of motors, that precision is not required. Lack of precision also means that you cannot be sure of the accuracy of the measurement since it only displays intervals of 0.1 amps at a time. 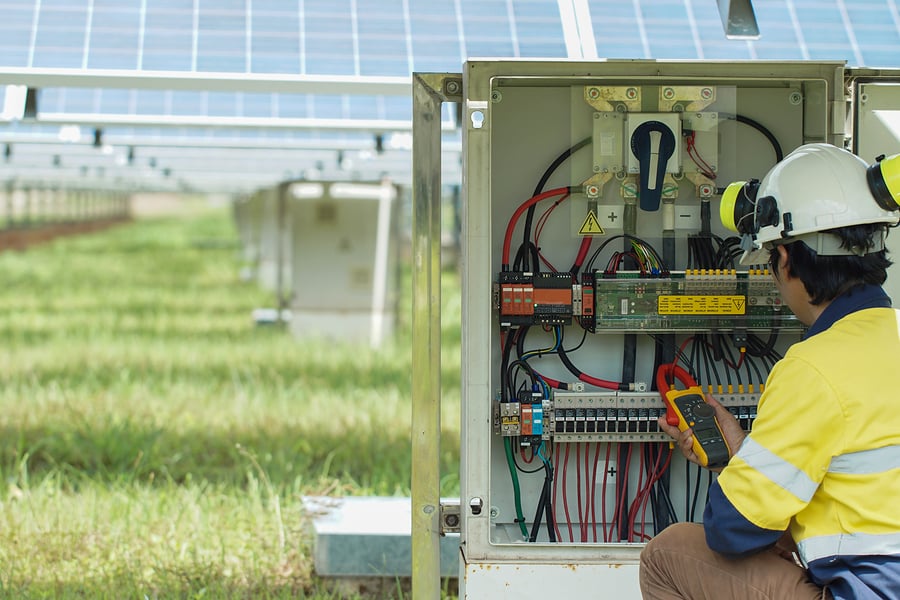 It should be noted that you can purchase ‘leakage clamp meters’ which are specifically designed for measuring very small currents, but this isn’t the normal type of industrial clamp meter.

The other limitation of measurement is the requirement to have a single isolated conductor for measuring. Since the measurement relies on a single alternating path, if both the L and N lines are in the clamp together, the current directions will cancel each other, and the result will be 0.0 amps. This applies to 3-phase current measurements as well. The conductors must be separated enough to allow the clamp to be placed around just one wire at a time.

There are some ways that you can overcome some of the obstacles presented by clamp meter measurements.

If you have a meter that does not contain a clamp meter function, it doesn’t always mean you need to purchase a new meter. There are a wide variety of adapters, or technically ‘transducers’ which convert the AC current measure by a clamp into a millivolt output. This adapter is connected to a normal multimeter and the millivolts are read as amps. Often they measure both AC and DC currents and can cost much less than a new meter.

To combat the lack of precision with small current readings, there is a simple trick that can be performed. Just like in the winding of a transformer, increasing the number of loops of wire will increase the voltage. If you have a little bit of slack in the AC wire, loop it through the clamp jaw a few times. The reading on the display of the meter should multiply with each loop. When a suitable accuracy is reached, simply divide the reading by the number of loops you have created and the value will be readable.

For devices that need to be plugged into an outlet, the cord can restrict your ability to separate the conductors. Unless you want to carefully strip insulation from the cable jacket and reveal the three wires, it can be difficult. However, there are current line splitters that often look like a plastic ‘figure 8’ and are placed between the receptacle and the cable plug. They allow excellent measurement of current using a clamp meter.

Clamp-on current meters are a safe, quick troubleshooting tool, especially for industrial technicians. They are excellent for measuring large AC currents, and even the lack of accuracy and usual lack of DC measurement ability can be solved with the right selection of adapters and measuring strategies.