Signal conditioners are important components of industrial digital acquisition (DAQ) systems. Learn about different types, and their benefits and drawbacks.

Thermocouples are common and inexpensive sensors for measuring temperature because they can withstand many environments. Signal conditioners are designed for thermocouple values with small values, typically in millivolts (mV), with non-linear outputs.

A thermocouple measures temperature when two dissimilar metals are joined together. The junction of two different metals generates voltage directly proportional to the temperature. This is the natural junction for the thermocouple to execute its measurement. However, an additional link is formed at the terminal point of the measuring device and generates a different voltage. This junction is called cold junction, and the final output includes both the cold junction’s and thermocouple’s voltages.

Resistance-dependent temperature (RTD) is also a temperature measuring sensor using resistance to represent the temperature. Its resistance increases and decreases with the growth and decline in temperature. The signal conditioner must provide a current to excite the RTD to produce a voltage representing the actual temperature. 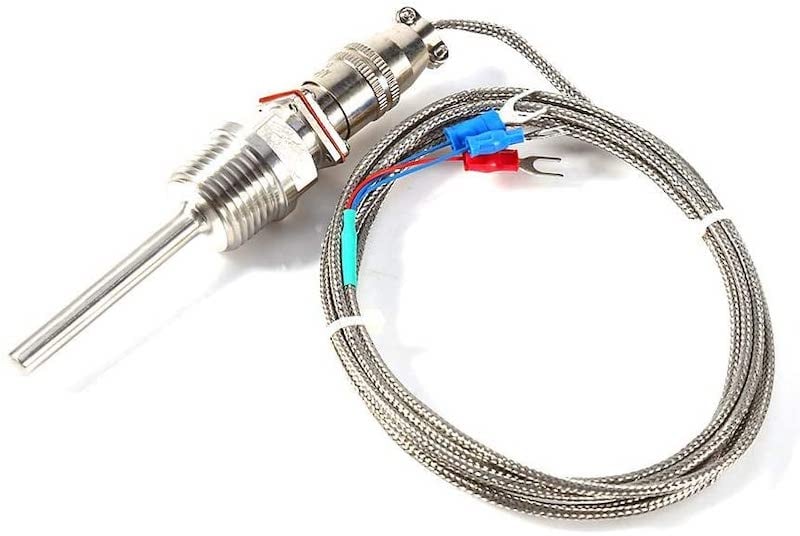 One of the most common RTDs is the pt100 temperature sensor, which has a resistance of 100 ohms at 0 ℃. Thus, its resistance changes 0.4 ohm /℃. The resistance per degree change in temperature is small for a pt100; the signal conditioner should provide high enough gain to processes the sensor signal by the DAQ.

RTDs come in two-wire, three-wire, and four-wire configurations. Therefore, the conditioning circuitry should provide an interface for all of these.

The two-wire RTD is often faced with voltage drop problems, where the RTD is installed at a considerable distance from the measuring circuit. Because the connecting wire’s resistance also adds to the RTD resistance, the output combines RTD and connected wire resistance. To offset resistance due to the connecting wire, four-wire RTDs are often used.

Strain gauges are used to measure force. Its resistance changes as the power is applied to the sensor. Using additional components allows measured force to calculate other variables such as weight and pressure. The strain gauge is used in combination with a circuit called Wheatstone bridge. It consists of four resistive elements having known resistance. The strain gauge can be placed in any of four positions. 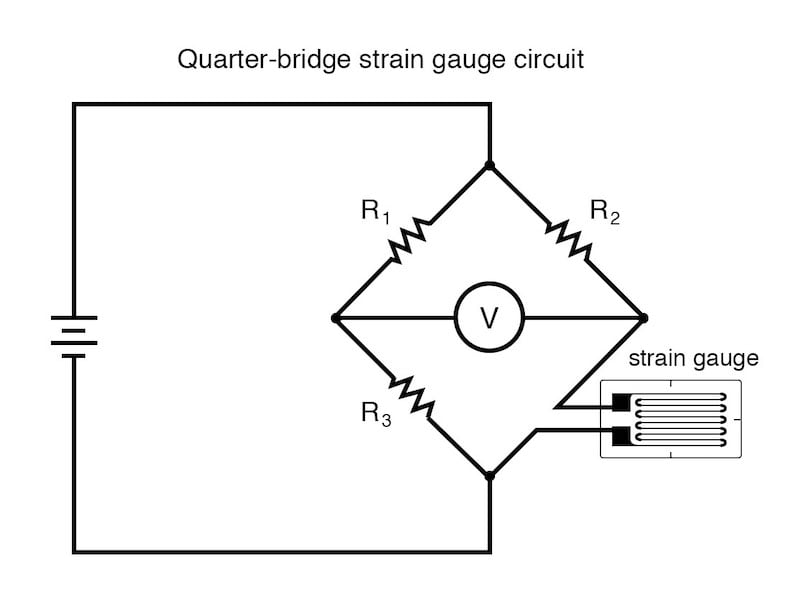 The signal conditioning circuity should provide provision for balancing the bridge and reference resistive elements. It should also offset the output values in case of no strain signal; there is often no strain on the sensor, but the circuitry generates a small voltage. This small voltage produces an output indicating a false value.

A linear variable differential transformer (LVDT) measure linear displacement. It works on the principle of the transformer, having coil and core. The coils are stationary, while the core is moveable. The core is attached to the object for which position is measured.

The excitation source for LVDTs is the AC signal for the primary coil. The secondary signal is demodulated with the primary signal. The demodulated or direct current (DC) signal represents the actual displacement that occurred. The DC polarity indicates the direction of displacement.

Signal conditioning is a necessary step in any DAQ system, which provides an interface for physical variable sensors. Unfortunately, the physical variable is often non-linear with changing electric characteristics. This makes their detection and application challenging to detect and process.

Signal conditioners take care of these physical sensors by providing suitable electrical characteristics to take the maximum reading from these sensors. As with all electrical and electronic components, their correct selection is crucial.