Power supplies tend to get a reputation as one of the most important power considerations of a DC control circuit - but we can’t ignore other key players: power filters, converters, and backup power modules.

The incoming supply of power is the beginning of any electrical control system. Without power, there are no sensors, controllers, load devices, nothing. So it’s no surprise that the industry and study of power supplies get such a spotlight in modern manufacturing. Nearly every supplier and vendor offer a wide array of panel-mount or DIN-rail mount options for supplying DC and AC power for control circuits.

We’re probably all familiar with the normal power lineup. Transformers to supply 120 volts AC, and standard AC to DC power supplies for our 24 and 5 volt systems. But beyond these devices are a host of others related to the supply of power, so let’s take some time to discuss some of these other players in the world of supplying power for control electronics. 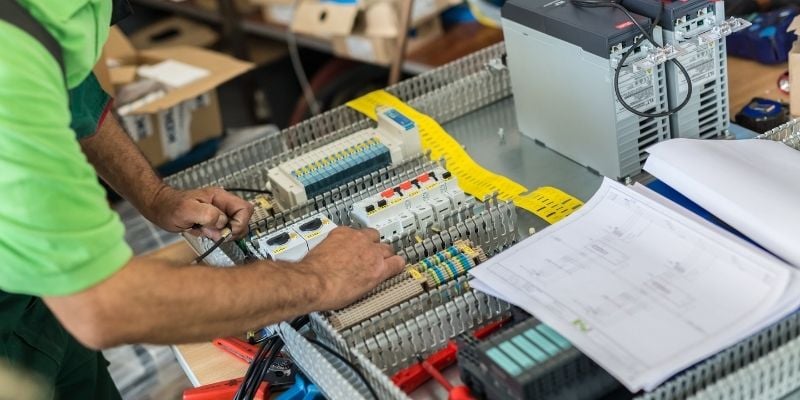 Now of course, the first thing that comes to mind when I hear this term is Luke Skywalker on Tatooine, complaining to his uncle about his burden of farm chores. But in reality, power converters are a very common method of distributing DC voltage from one level to multiple others. This kind of device is common when one voltage level is brought into a system, perhaps a 24 volt branch, that must then be supplied as an output to a variety of 24, 12, and 5 volt devices. Requiring a separate power supply for each voltage would be costly, and would require bringing 120 volts AC into the subpanel.

Instead, these devices called DC-DC converters can be used to output a single DC voltage when supplied with a different input level. Two such families of converters exist. First, and most common are the DC buck converters, which reduce the input voltage to a lower stable output. The other variety is called the boost converter which raises the voltage from input to output.

For industrial applications, an incoming feed of 24 volts with a further reduction to 12 and 5 volts are likely scenarios, so 24 volts is a common DC-DC converter input. However, you can expect to find these converters with inputs in a 10-30 volt range (similar to many discrete sensors) or at a higher range up to 90 volts DC when the incoming supply is intended for motors or other load devices.

Many form factors exist for these converters, including both panel mount as well as DIN-rail versions. One of the most intriguing examples I have seen is the terminal block style, such as the example in Figure 2 from WAGO, with a low-current output, but in an extremely efficient design, ideal for small cabinet spaces.

It is a little less common to see DC filters in control circuits than for discrete PCB designs for a couple of reasons. First, the load devices in control circuits require more current, and small, stray interference signals are often not substantial enough to affect the load. Second, for those circuits which are sensitive enough, many solutions already exist including differential signaling, twisted pair wires, shielding, and others.

But for extreme or very sensitive DC circuits, filters can be used to subtract high frequency ‘noise’ signals from an otherwise healthy circuit. For DC control voltages, the levels change abruptly, but they do not switch back and forth quickly as in AC circuits. This means that any high-frequency signals are unwanted in DC situations, but low-frequency (slower) changes may be allowed.

These devices are most usually panel mount, attached directly to the inside of a control cabinet or on machinery near the point of power requirement to minimize further interference after the filter. These may also be purchased as PCB-level chips or as sets of components for individual application cases (usually for design engineers). Vicor Power Products creates a series of such designs, with voltage inputs in the low DC range and stable outputs, free of high-frequency noise. 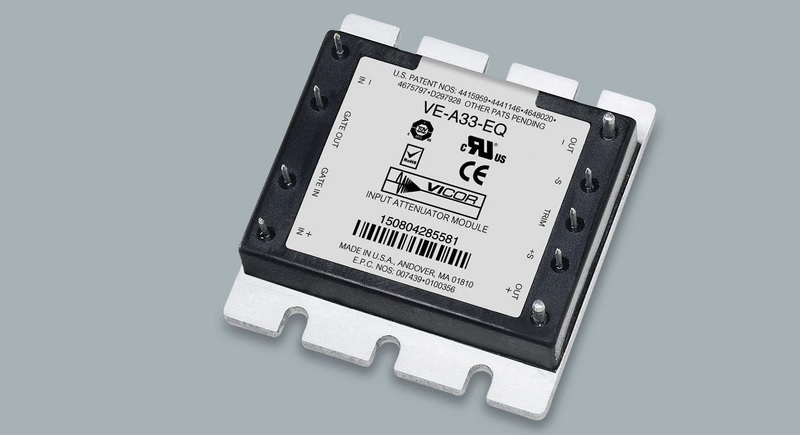 Power Supply at the Application

This section may still be considered simple power supply scenarios, but going a step further and introducing solutions for delivering power directly at the location of the final device, rather than one large power supply in a central cabinet for safety, then distribution out from the cabinet. Power on each machine is a nice concept, since voltage losses (and therefore costs) are incurred with long DC wires, but placing open-chassis components on machines in the field is risky. Moisture, vibration, and temperature do not mix well with sensitive electrical components.

Allowing power to be connected, both input and output, to a module that is entirely sealed to outside dust and moisture is a great solution for some of the dirtier field situations. If water or oil splash, or washdown is a concern, it is wise to find a device capable of handling such environments. Otherwise, brace yourself for power failure and regular replacements. Screw terminals would not be found on these devices, relying instead on threaded connections like the M12 varieties already common for signal and network cables. Murr Elektronik has such a device, the Emparro67 line, just for this purpose. 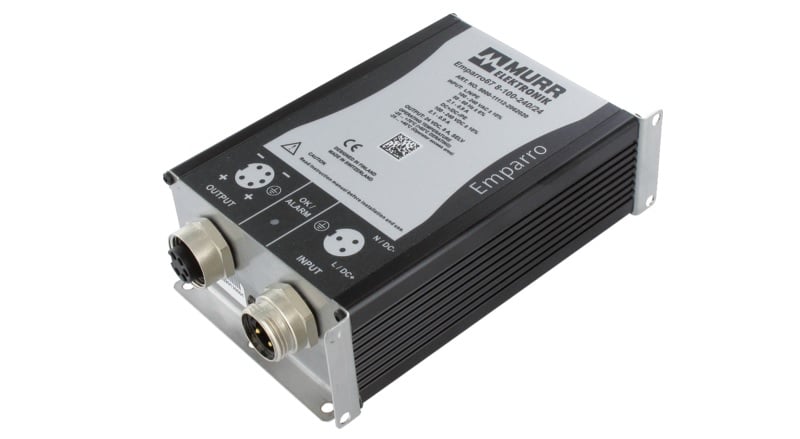 If devices are to be networked to a central controller, why then should we need both network and power wires? Why not just use the same bundle? This is exactly the point of PoE. With dedicated PoE ‘injectors’ that supply voltage to field devices, the wiring can be reduced, and by the nature of the twisted pair wiring, more immunity to interference is already built into the system.

One article cannot possibly cover every range of products relating to power for field devices. Such a task is the subject of countless books, articles, videos, and more. Just knowing what options are available can aid in building and improving systems with more flexibility and fewer losses while still planning for any sorts of future upgrades.