The Cat’s Out of the Bag - Demystifying Network Cables

The Cat’s Out of the Bag - Demystifying Network Cables

What’s the difference between a Cat 6 and a Cat 6a cable, anyhow? Ethernet cables must meet certain performance standards, and these standards can be quite confusing at first glance.

When planning industrial automation, one important step involves evaluating the specific demands that are required on the network, then choosing the cabling appropriately. In this plug-and-play world, the rookie mistake is to simply choose the first cable that plugs into the hardware, based on what is readily available in the technician’s shop. However, this approach will cause all manner of headaches, from slower-than-necessary connections to lost data to headaches in troubleshooting.

We can already tell you the last thing that any manager wants to hear at midnight: “the network is down again.” 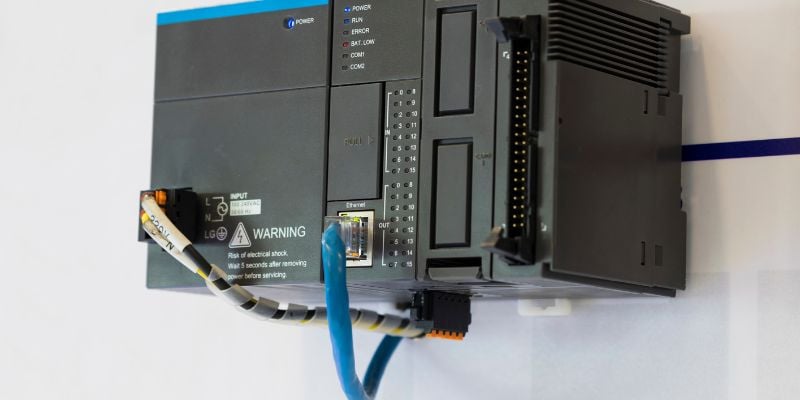 Category 1-8 (Cat 1 to Cat 8) Ethernet cables use standardized parts. The higher the number, the larger the bandwidth and the faster the data transmission speed, in general. With higher speeds come higher costs, but there are other considerations as well.

Cat cables are made from twisted pairs, meaning each individual signal wire is physically twisted around its neighbor. Twisted pairs, which run the same length, but wrap around each other, can be used to cancel some of the noise.

There are distinct advantages to maintaining a wired network of devices. First, wired networks are inherently more secure than wireless networks because an intruder must physically access the hardware to make the unwanted connection. Data is not being broadcast, and thus cannot be intercepted easily.

Another advantage is the growing number of power over Ethernet (PoE) devices that are available for automation systems. There is a wide variety of cameras, sensors, and other equipment that are powered through the same cable that is transferring data; in other words, run one cable and both needs are met. This is often an advantage over running separate power lines, using a wall-wart plug or industrial power supply, or worrying about the status of batteries during manufacturing operations.

Even with the present benefits offered by wired connections, it is quite likely that security and reliability advances in wireless technology will lead to more industrial adoption in the future.

The temptation, especially when first installing an automation system, is to use off-the-shelf network cables that can be purchased at the nearest big-box store. They even sell couplers for attaching multiple cables together. However, there are several problems with this strategy. First, unless components happen to be exact intervals of 10, 25, 50, or 100 feet apart, there is either too little or too much cable. The extra cable is a liability - it can get bound up in equipment, become a tripping hazard, and even lead to excess electrical noise depending on how and where the excess is coiled.

Too little cable can equally lead to headaches when equipment must be upgraded or changed just slightly, leading to control cabinet modifications. It is truly a frustrating discovery to learn the cable should have been three inches longer…

When installing a new automation system, invest in a good set of tools for cutting, stripping, and crimping Ethernet cables. Cables can be cut to the proper length, minimizing tripping and snagging hazards, while still allowing some properly-placed slack for system configurations. 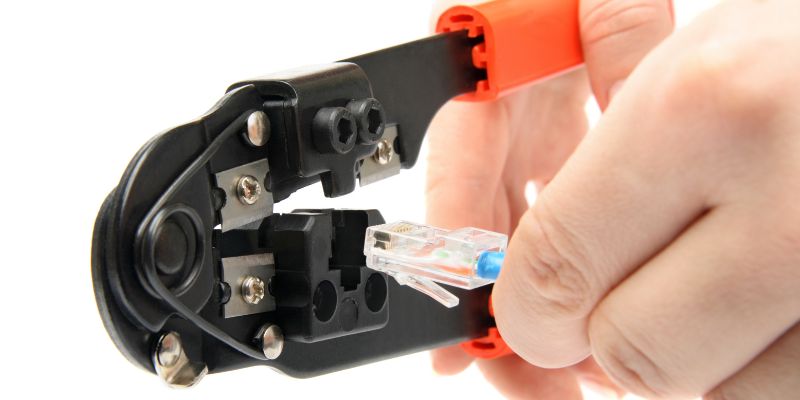 Ethernet cables must meet certain performance standards, and these standards are quite confusing at first glance. What is the difference between a Cat 5 and a Cat 5e anyhow? With higher standards come higher costs, and so it is important to evaluate whether the extra performance is worth the extra cost.

First, a note on category standards: the system rating is only as fast as its weakest link. Just like a multi-lane freeway may be fast, but if just one of the exits is backed up, traffic will be severely impacted. The same is true for Ethernet cables; putting Cat 5 connectors on Cat 7 cable means the system is really performing as a de-rated Cat 5. Pearls before swine.

The Need for Speed

The speed of a connection is specified by the number of megabits per second (Mbps), where a megabit is 1 million bits. The casual computer user is probably familiar with megaBYTES, which is not the same thing as megaBITS. A byte is simply eight bits, meaning a megabyte is eight megabits.

A closely related property is the bandwidth of the connection. Bandwidth refers directly to the switching frequency of the electrical signals, and represents how much data can be in transit at a given moment in time. It is measured in terms of typical switching frequency, with millions of switches per second (MHz), but billions per second (GHz) is possible with current and likely future standards.

The primary difference between speed and bandwidth is that speed is how fast data gets from point A to point B, and bandwidth is how much can be transmitted over the cable at any given time. A better way to think of this is in terms of plumbing - the speed is like the flow rate of the water in the pipe, but you would need a large velocity to get much water out of a small pipe. The bandwidth relates to the diameter of the pipe.

Table 1 shows the speed and bandwidth of modern Cat cables.

In the real world, data transfer speeds are affected by latency, length of the cable, and other factors. Notice how different pieces change - the difference between Cat 6 and Cat 6a is in increased bandwidth. At first glance, it looks like Cat 8 is a downgrade, but it is not. The bandwidth is higher and the speed is available at longer distances.

Speed isn’t the only difference between Cat cables. Their construction plays an important role in their utility. With higher frequencies and higher data transfer rates, electrical noise becomes a bigger concern. This is especially true with longer cables, as they simply act as a longer antenna for picking up stray signals. While many systems have error checking built into the data transfer, the constant error checking and repeating of signals can lead to slower than advertised data transfer rates.

Earlier Cat cables were available as unshielded twisted pairs (UTP), where there is no additional shielding, but pairs of wires inside the Cat cable are twisted together. These twists reduce the amount of electromagnetic interference (EMI), or ‘noise’ on the signal. Early cables could also be purchased as shielded twisted pairs (STP), where an additional metal jacket had been added to surround the cable to reduce noise.

The newer Cat 7 and Cat 8 standard cables are only available as shielded cables, because the high data transmission rates and the high bandwidth require low noise. For EMI-rich environments, such as industrial settings with lots of motors and magnetic fields, shielded cables are absolutely a good investment. 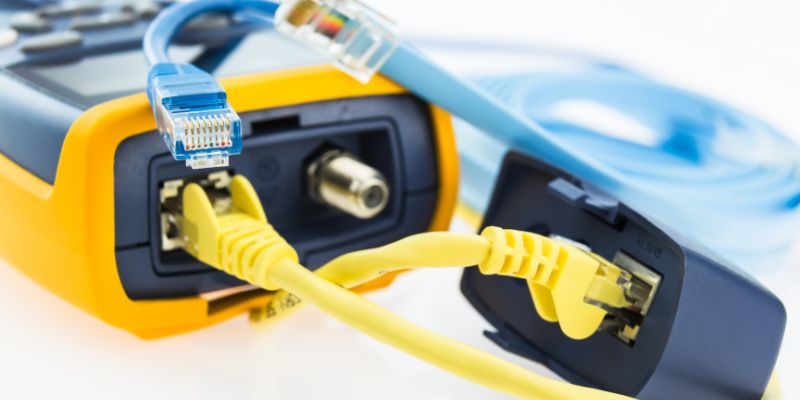 The proper category cable for a specific application depends entirely on the system's demands. The cabling and connectors only need to match the hardware requirements, as placing faster cables on equipment with lower-rated connections will not make the system communicate any faster.

For the fastest and most reliable connections possible, proper cables should be cut to length using a high-quality tool, not coupled together from standard length cables found at the big box store. Maybe just compromise in other areas, like off-brand breakfast cereals.