When developing an automation control system, one must consider how to collect data, how to process data, and how to output results, such as control decisions to the relevant actuators.

While there are advantages and disadvantages to centralizing all decision making, Acromag has added a new line of I/O modules, the BusWorks NT series, that can make some of the low-level decisions onboard. This saves processor time in a larger, more complex computer-controlled, or PLC-controlled centralized system. It also allows for some operations to be performed independently of any such system. 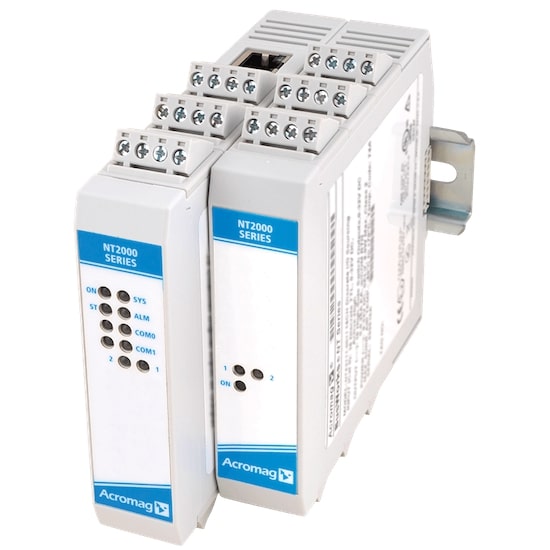 The capability to make a decision locally saves time.

Think of this like the reflex system in the human body. If someone touches a hot stove, their hand is being burned. The signal is sent to the relevant muscles, and the person pulls their hand away, rather than having to wait for the signal to travel to the brain, have the brain decide what to do, and wait for the control signal to come back to the relevant muscles. However, notice that this system handles only a few certain motions. The reflex system cannot make the fingers play the first violin on Beethoven’s 9th symphony, only move them out of the way.

The same is true with BusWorks NT Series I/O Modules. Instead of simply being a device that translates sensor data and outputting actuator signals as told by the centralized system, it can understand rule-based commands. Statements such as “IF/THEN/ELSE” can be interpreted internally by the BusWorks Module, meaning reflexive decisions can be made much more quickly.

In particular, this type of decision-making capability is excellent for Boolean logic type decisions, such as setting triggers and determining when a signal has passed a programmed threshold. For example, suppose a chemical reactor must be held below a certain temperature. The BusWorks module can monitor temperature and IF the temperature exceeds the threshold temperature, THEN the module can send a control signal to start the flow of cooling water through a heat exchanger to reduce the reactor’s temperature. 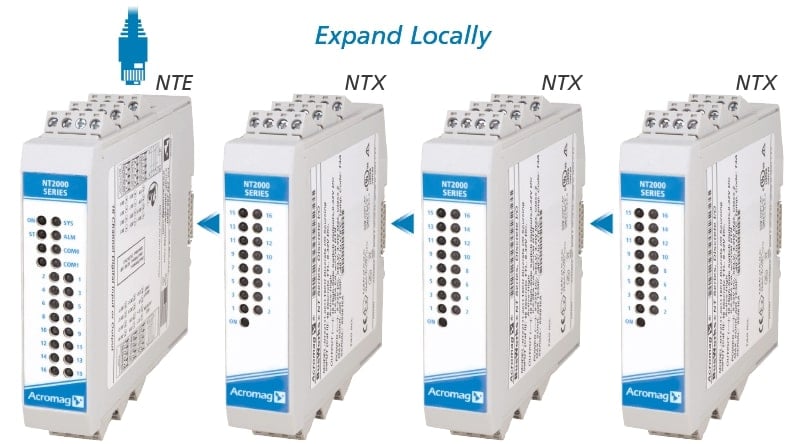 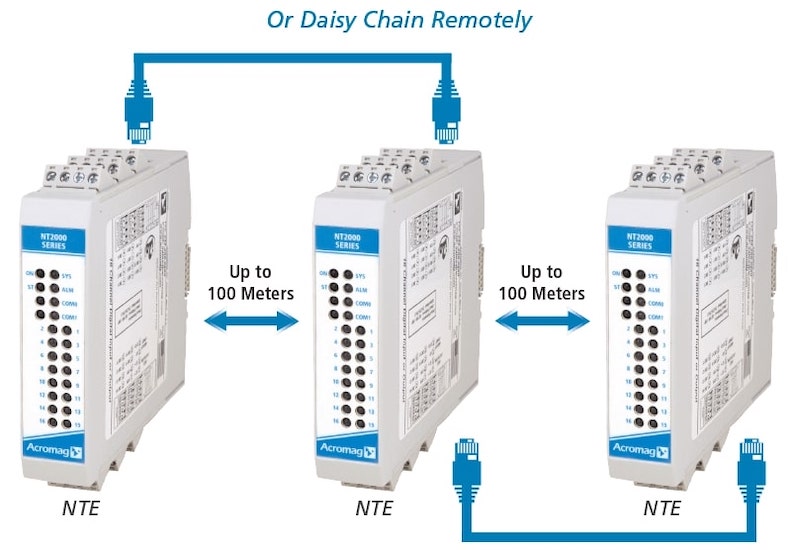 The BusWorks NT series I/O Modules are available with up to 64 channels, handling analog, discrete or temperature data, all from one IP address. They are capable of communicating via Modbus TCP/IP or Ethernet/IP communication protocols through the dual RJ-45 ports on each module. Typically, they operate as a network slave, but they can also use peer-to-peer communication between modules.

These controllers have many standard features, such as being powered by 9 V - 32 V DC and can be mounted on a standard DIN rail and expandable configuration. They have been designed for the rugged industrial environment, with resistance to moisture, dust, vibration, and electrical noise, as well as a wide operating temperature range ( -40 ℃ to 70 ℃), meaning they are suitable in industrial freezers as well as near hot process equipment.

Since 1957, Arcomag has been developing industrial control equipment that serves the petrochemical and aerospace industries. Their catalog boasts over 3,800 different I/O modules, signal conditioners and other instrumentation hardware.