The new Allen-Bradley network switches, the Stratix 5800, can operate as both layer 2 and layer 3 networks.

Before we can understand the technical specifications and abilities of the new system, we first need to understand the difference between layer 2 and layer 3 networks.

Networks are a critical component of any industrial process or system. They allow devices to communicate with each other while also reporting their status to a central system. However, standard Ethernet networks used in homes and offices are not typically suitable for industrial applications due to tight timing requirements and the need for redundancy. As such, networks such as EtherCAT use the same cable infrastructure to create secure networks. 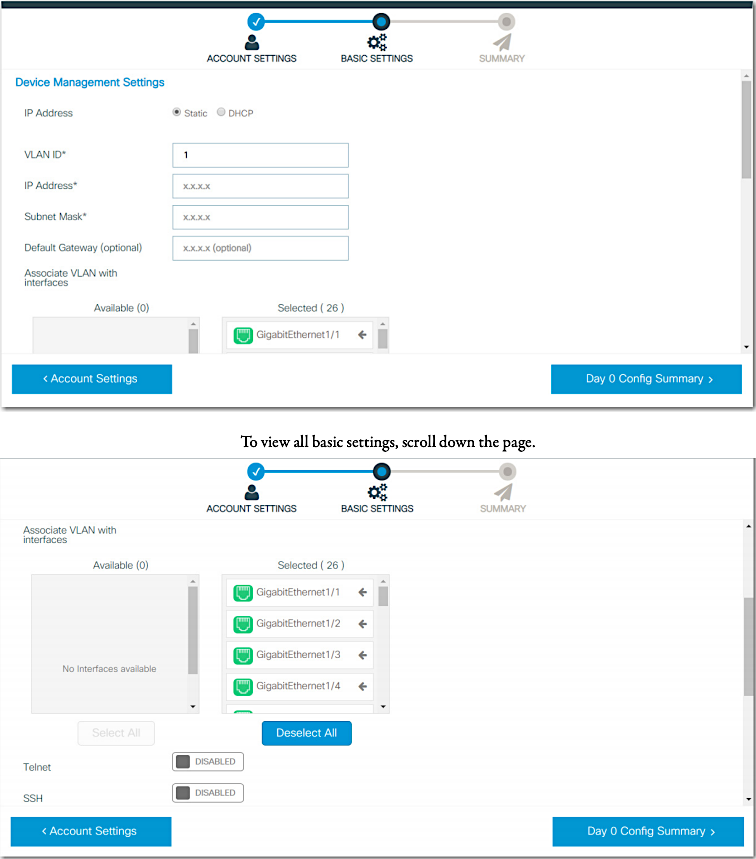 Use the WebUI to set up basic settings. Image used courtesy of Rockwell Automation [PDF]

There are multiple methods for communicating over a network. A layer 2 network is one where devices communicate through a network switch, and devices use their media access control (MAC) address as the sender/receiver addresses. Such traffic can only end up at the MAC device and cannot be re-routed to another device or network.

Layer 3 networks are those that utilize both MAC and internet protocol (IP) addresses. While MAC addresses specify devices (MACs are usually hardcoded into a device’s network controller), IP addresses can dynamically change and allow for routing. For example, a device can transmit to an IP address, and the network switch will look for the device with that IP address. Layer 3 also allows for other advanced features such as virtual local area networks (VLANs), connection to routers (i.e., the internet), and security.

Networks in industrial systems ensure that devices have low latency and high reliability. To support the growing need for advanced network switches, Allen-Bradley announced the release of their latest network switch, the Stratix 5800. 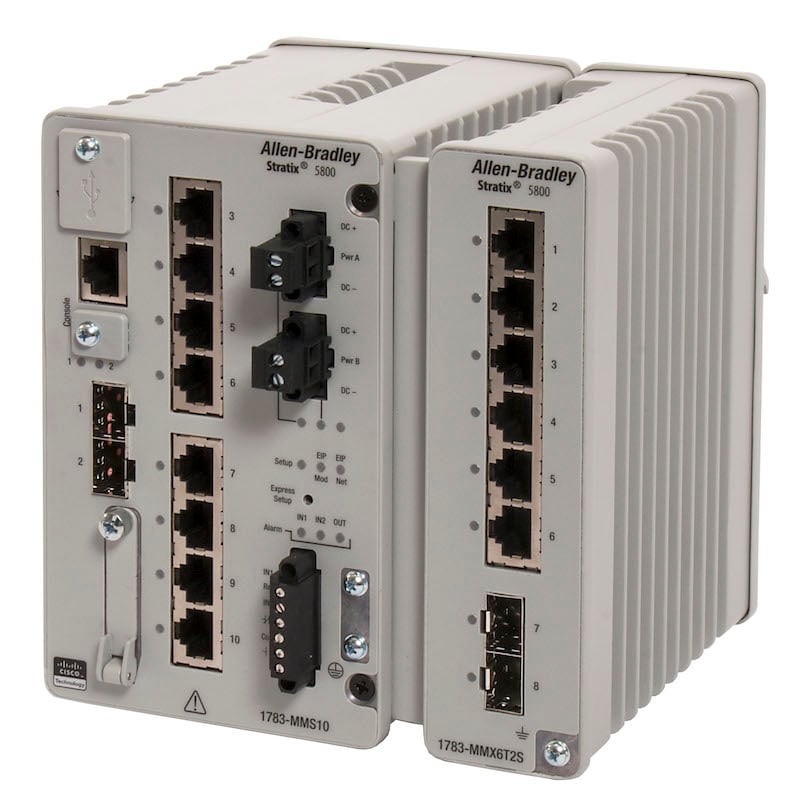 The new switch is a modular design that is DIN-rail mountable (thus can be used in cabinets) and supports both layer 2 and layer 3 networks. The layer 2 network allows for high-performance networks between time-critical devices, while the layer 3 network mode allows for network segregation and protection against unwanted traffic. It is ISA/IEC 62443-4-2 certified to help ensure security.

The Stratix 5800 is available in both a modular and fixed form for maximum flexibility of installation and supports most network types, including copper, fiber, and power over Ethernet (PoE) expansion. All connections support gigabit connection speeds, and the modular design allows for up to 26 ports. Integrated tools allow for both IT and OT configuration and management, and the built-in default configurations allow for the system to be used rapidly.

What is Cisco IOS-XE?

To provide advanced features such as level selection and security, the Allen-Bradley Stratix 5800 utilizes a built-in operating system (OS) called Cisco IOS-XE. This OS can be useful because it helps simplify the network switch’s installation and configuration process. Furthermore, using Cisco IOS-XE ensures the system’s security and aids the integration of industrial systems with enterprise networks.

The Stratix 5800 also works with FactoryTalk, automation software produced by Rockwell Automation. FactoryTalk enables the Stratix 5800 to be remotely monitored as well as generate alarms should something go wrong.

As such, the Stratix 5800 network switch is fit for most industrial applications. The ability to be used in both layer 2 and layer 3 applications allows the switch to work in device environments (links between PLCs and devices) or routing applications (PLCs communicating with a central system).