Magnetic encoders can be a great way to detect or measure the distance a component has moved. With magnetic encoders, there is no wear of components and no interference from harsh conditions.

Magnetic encoders also have a much smaller form factor than their counterparts, string encoders. The encoder consists of an IP 67 rated sensor head and a magnetic tape with a maximum length of 48m (10 feet). The encoder can be connected to any encoder module that accepts sin or cos analog encoder signals. This particular encoder is also safety rated up to SIL2 with a performance level d.

This poses a problem for maintenance personnel and control engineers that need to teach positions inside the machine.

With a safety encoder, if the speed of the component exceeds a safe level, all motion can be stopped, allowing people to safely move the machine components while having access to the machine. This makes the teaching of servo positions much easier and safer for everyone.

Normally when servo-driven components are brought to a stop in an emergency, they stop without control, meaning the full force of the brakes comes on. This form of stopping can be hard on the servo-brakes and could potentially damage components.

With a safety-rated encoder such as Balluff's BML SF2, the servo can be stopped in a controlled manner, saving wear on expensive components. They can control this by reducing the speed at a fast rate of deceleration until there is no motion. The zero velocity can be confirmed in the safety code to ensure there is no longer motion of that particular servo motor. Articulated and SCARA (selective compliance assembly robot arm) robots use the same technology to ensure a controlled stop off all the servo motors.

Safety Applications in the Industrial Sector

More automation companies are now carrying their own line of servo motors and stepper motors, making technology affordable and allowing machine builders to utilize the power, position accuracy of these motors. 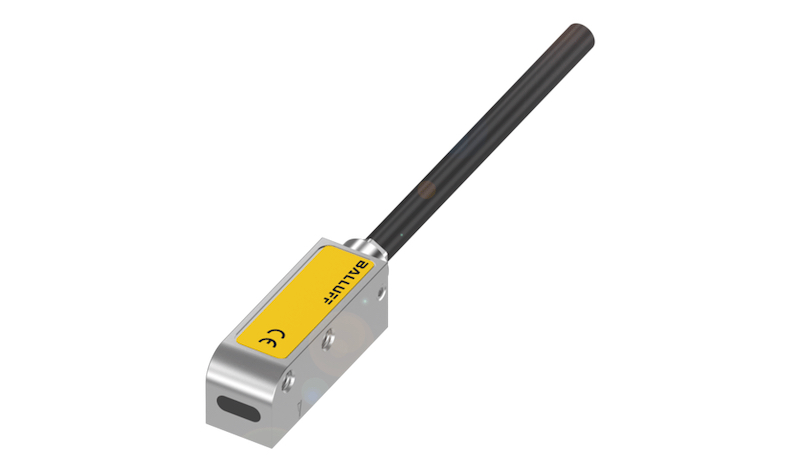 An up-close photo of the BML SF2. Image used courtesy of Balluff

While these components are not expensive, they do restrict movements and over-complicate the system. With a safety-rated encoder and a servo-driven linear slide, the controls engineer can program in safe stop and safe speed functionally. Machines that have cutting or forming features would also benefit from a safety encoder.