Baumer is releasing two new products, both of interest to the industrial control community. The first is a customizable approach to force measurement amplification, and the second is a camera with its own cooling system that can capture precise images in extremely hot environments.

Baumer recently released the new DAB10 measuring amplifiers that are easy to adapt for almost any strain-based force sensor as well as integrate, commission, and test. 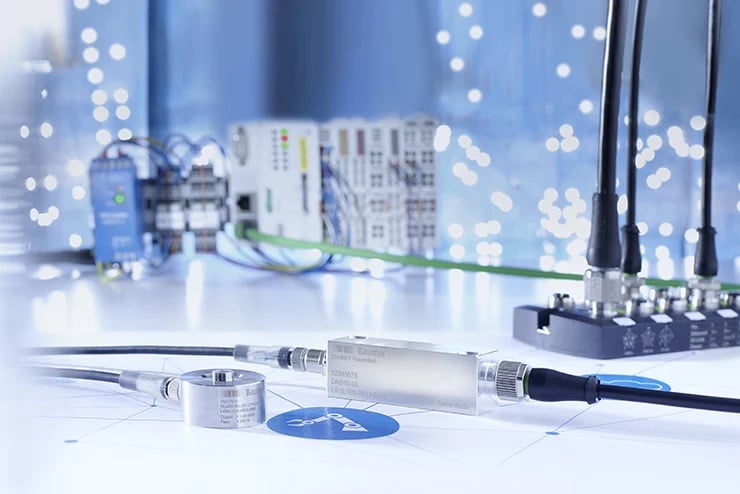 The Baumer DAB10 measuring amplifier makes it possible to easily customize the output and performance of almost any strain-based force sensor. Image used courtesy of Baumer

Industrial applications of the DAB10 force measurement amplifier include robotic automation, which may monitor loads or adjust to changing parameters within a system. Force control is often an important part of industrial automation in general.

One of the challenges for industrial cameras is temperature: high temperatures can have a negative impact on picture quality, including defective pixels and noise. This can especially cause problems for high-precision image and measurement applications that must be performed in high ambient temperature environments. 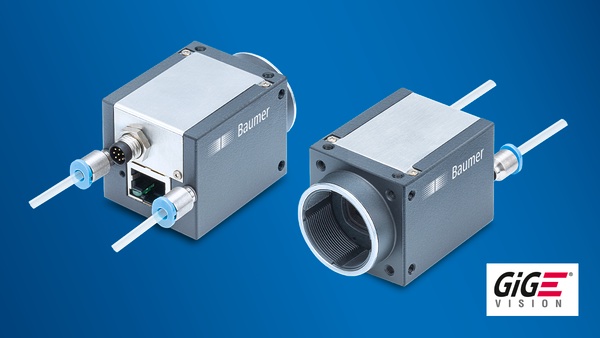 The Baumer XC.CX cameras have an integrated cooling system to help them obtain accurate images and measurements even in extremely hot ambient environments. Image used courtesy of Baumer

The Baumer CX.XC cameras address this problem through an integrated cooling pipe that uses compressed air in the two- to three-bar range or liquids pressured up to six-bar to dissipate heat near the camera lens and sensor.

These cameras eliminate the need for additional cooling components, which can save both time and cost. The first of the Baumer CX.XC camera series will be 5-megapixel models using Sony Pregius sensors and are fit for applications involving high-precision image capture as well as measurements in the µm range.

Industrial applications for the Baumer CX.XC cameras include digital imaging and measurement in the vicinity of furnaces, incinerators, ovens, kilns, boilers, and other high-temperature environments where the performance of cameras is often compromised.

The DAB10 measurement amplifier and its accessories are already available through Baumer but the Baumer CX.XC self-cooled cameras will not be available for purchase until later this year. Both products, however, hope to help solve issues in industrial control.