Bosch Rexroth expands its linear robot portfolio with new axis combinations and sizes for additional applications. The robot comes pre-assembled and can be pre-programmed for out-of-box use.

Bosch Rexroth has revamped their linear robot lineup, adding axis combinations and sizes. The addition of different options increases the functionality of their cartesian robots, allowing use in a broader range of applications. Below, we'll take a look at what linear robots are and how Bosch Rexroth's newest additions add to their product versatility.

What Is a Linear (Cartesian) Robot?

When we think of industrial robots, we often think of articulating arms or automated guided vehicles, but there is another common type of robot called a linear robot. Linear robots, sometimes called cartesian robots, are robots that operate linearly according to the X, Y, and Z plane. They can be further characterized into two-dimensional and three-dimensional robots with two-dimensional linear robots only moving in the X and Y or sometimes in the X and Z planes, whereas three-dimensional robots move in all three axes X, Y, and Z.

Linear robots operate by using a combination of slides or gantries, each of which allows movement in one of the three cartesian planes. They are often cheaper than robotic arms and can usually carry a higher payload. Linear robots are useful in different applications that are characterized by simple movements, such as pick and place, product transfer, assembly, CNC machine tooling, spot welding, the application of glues and sealants, and others. 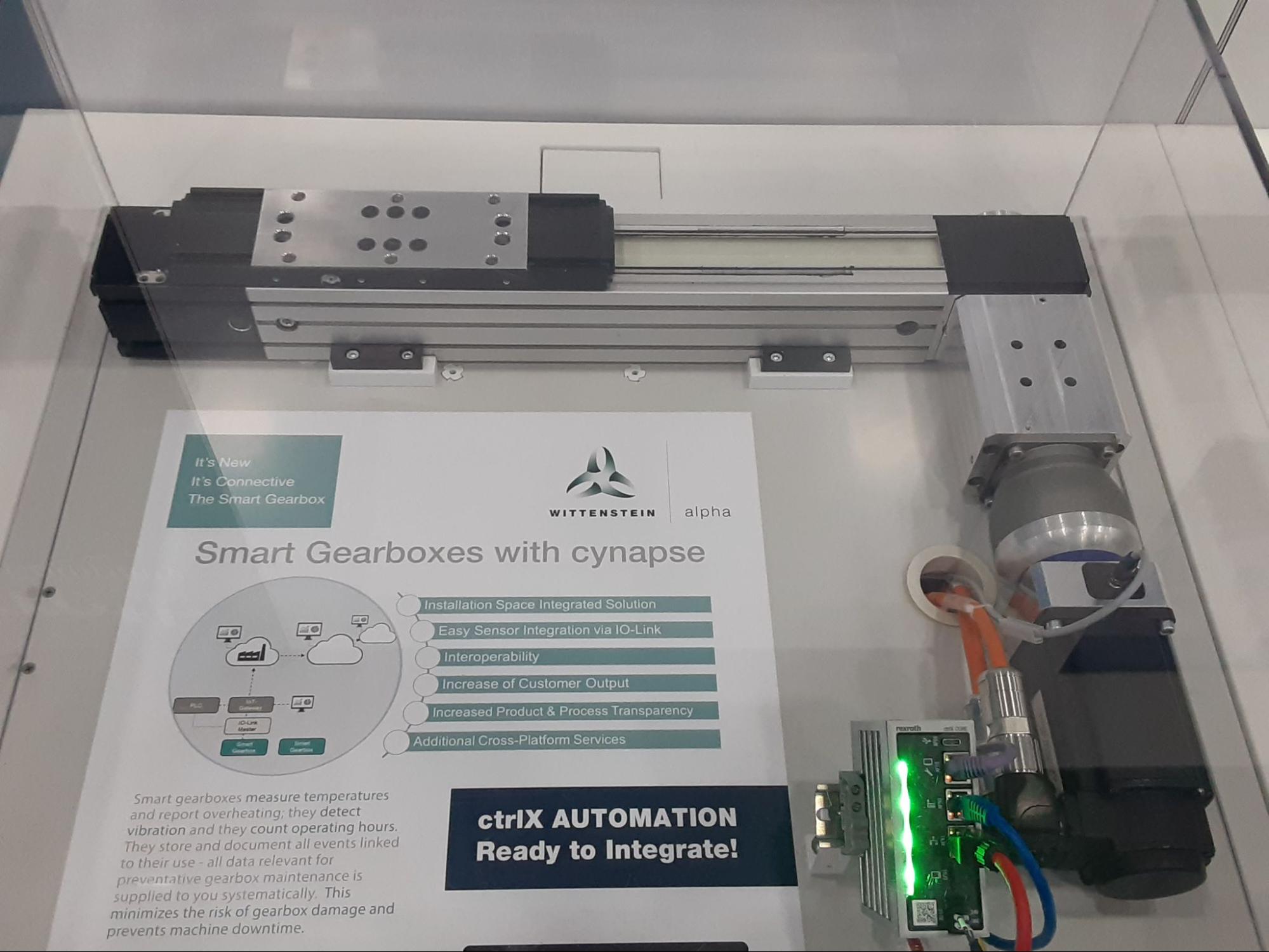 Rexroth, a Bosch company, has managed to expand their linear robotics portfolio by adding specific functionality to their lineup. Rexroth has made available new axis combinations and different sizes to give end users a larger array of available options.  This allows the robots to function in different sized operations with variable payloads options.

Customers have the ability to configure the robots online for their application needs, and the robot will come pre-assembled from Rexroth. Engineering and integration time should be reduced with the addition of preinstalled software that features intuitive programming, hopefully saving customers time and money on the installation and onboarding process.

In order to expand the range of the robots, eight different axis combinations are available that come in 68 sizes. The largest stroke lengths offered in the X and Y axis are three meters opening up the robots up to large jobs if needed. In the Z axis, the largest stroke available is 1.5 meters. Three-axis linear robots can support a payload of up to 160 kg, and the two-axis variant is capable of supporting payloads up to 200 kg, making them useful for different tasks that require the movement of heavy products. 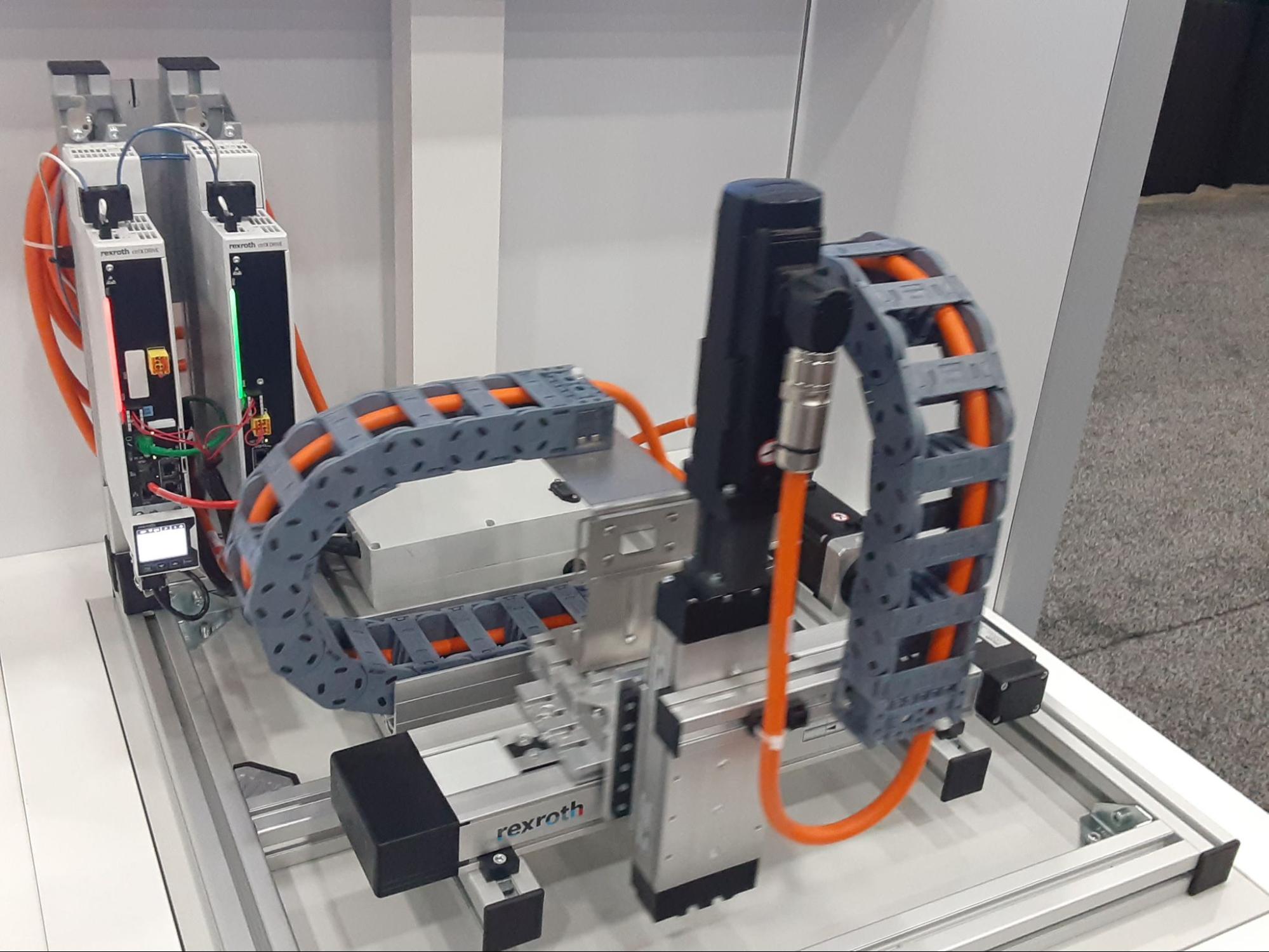 A two-dimensional linear robot demonstration from Bosch Rexroth moving in the horizontal and vertical planes at Automate 2022.

The robots are designed with rigidity, repetition accuracy, and dynamics in mind, making them suitable for high level process capability and quality. With the addition of the ctrlX AUTOMATION platform, the robots are suitable for an array of different complex movements.  LinSelect was created in order to help customers with the process of selecting and sizing a suitable subsystem for their new linear robotic additions. Using 3D data, more accurate configuration can be achieved in the online configurator after finalizing a design.

Rexroth has taken time to help customers with ease of installation through several different measures. If necessary, complete cable management and power supply components will come pre-assembled and pre-installed on the robots. The robots themselves also come pre-assembled from the factory, with a number of different attachment parts and interfaces making factory assembly simpler. In addition, encoder information is stored in the axis parameters that can be read out automatically when necessary. 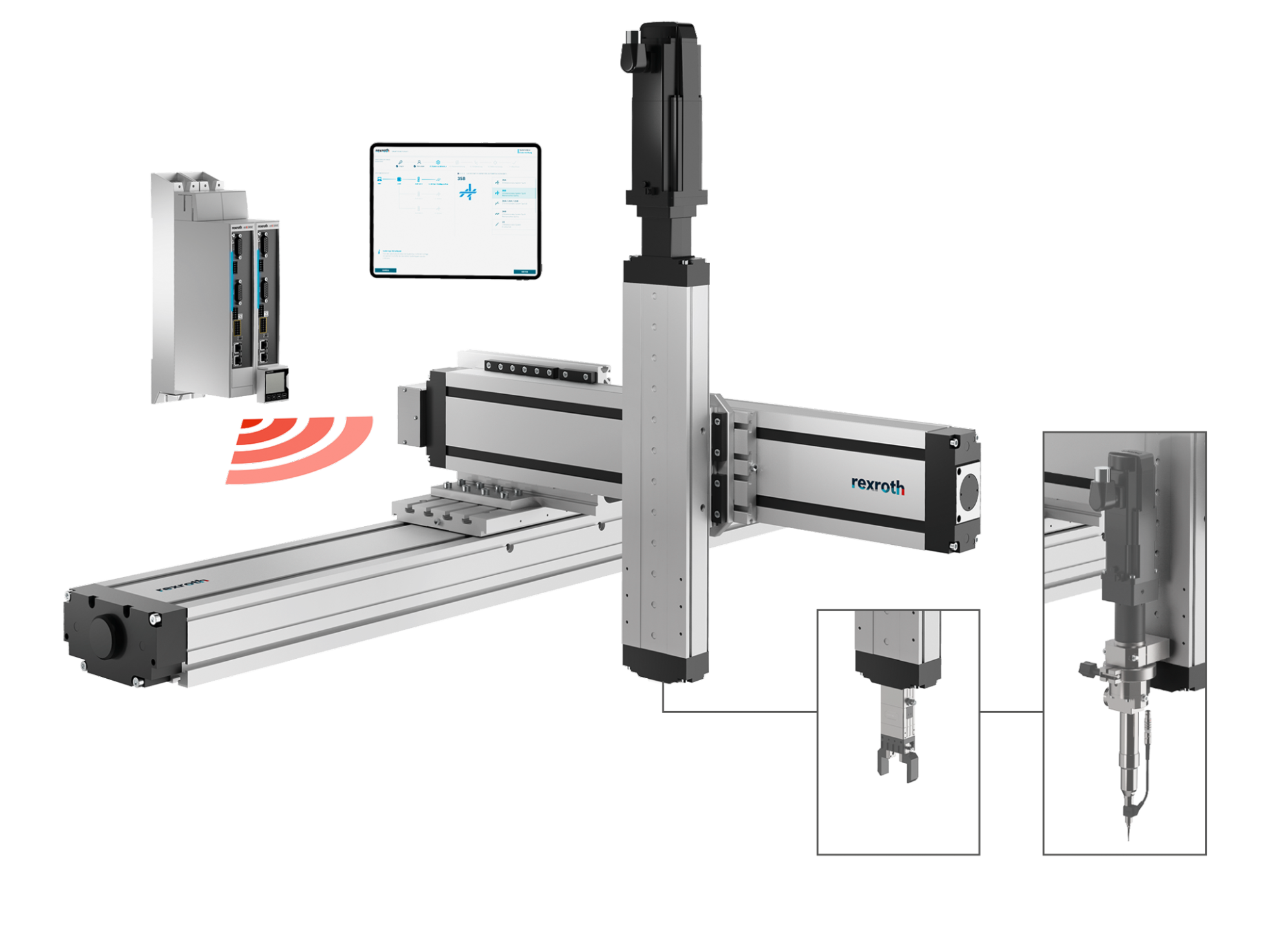 The added linear robots can also be ordered as part of the Smart Function Kit. Image used courtesy of Bosch Rexroth

The use of the software add-on for the Smart Function Kits can help to make commissioning easier for customers. The software comes with a setup wizard to help guide customers through the integration process. Rexroth has combined a flexible hardware platform with cutting edge software to make complex movements possible for graphic programming.