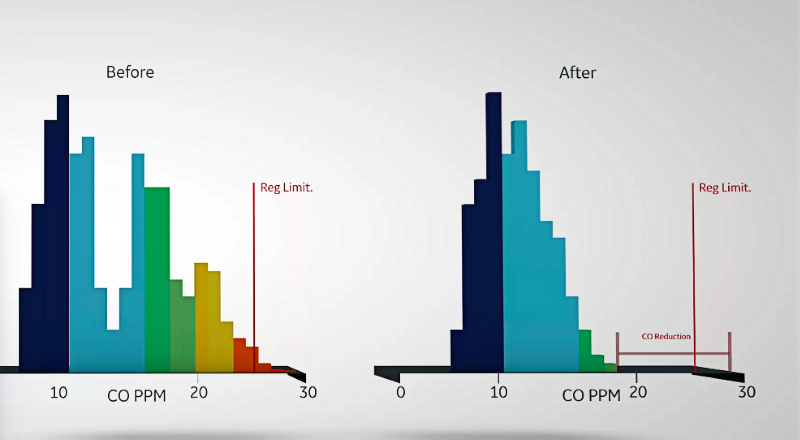 Gas turbines typically require seasonal adjustment of flame temperatures and fuel splits. Changes in air temperature and pressure can greatly affect the performance and efficiency of power output. This is often a manual process carried out by an expert following an outage and may take several hours to days to perform.

However, according to GE Digital, manual seasonal tuning is only efficient for the precise conditions in which it was completed. In other words, it does not respond to changes in ambient temperature or fuel properties. In turn, this lack of automatic adjustments is not only more expensive for companies but also harmful to the environment, causing a substantial increase in nitric oxide (NOx) and carbon monoxide (CO) emissions.

Gas turbines already offer cleaner alternatives than some traditional energy sources, such as coal. However, advantages provided by software and automation can become more important as the shift toward cleaner energy continues to gain momentum.

Before delving deeper into the specifics of GE Digital’s Autonomous Tuning solution, it is useful to mention that several companies in the automation space have already taken steps towards decarbonization.

In November 2021, for instance, Rockwell Automation presented a few of these solutions at its Fair 2021 event. More recently, ABB partnered with Amazon Web Services on sustainable technologies in mining and Honeywell with UT Austin on carbon capture and storage technologies for industrial plants.

GE Digital is joining these companies with its Autonomous Tuning solution. The industrial software manufacturer continuously works to find the turbine’s “sweet spot.”

From a technical standpoint, this is defined as the operational conditions with the lowest possible acoustics and emissions in response to changes in environmental conditions, fuel properties, or physical degradation. 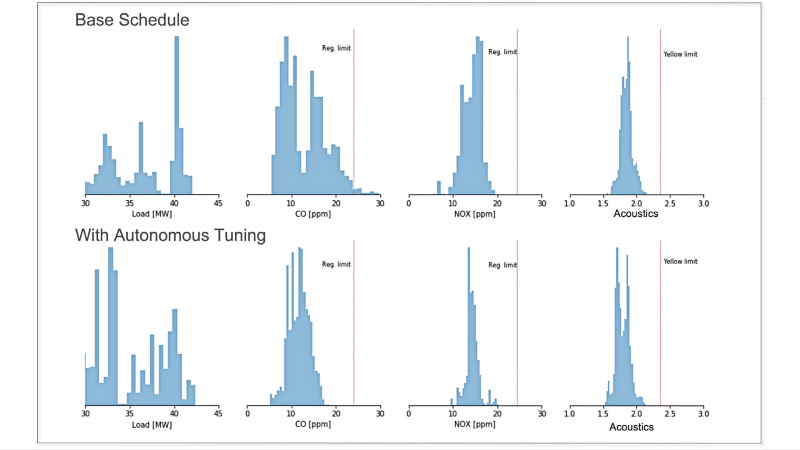 “This is a real-world application of AI for decarbonization with tangible reductions in emissions and fuel for gas turbine operators,” commented Joe Perino, Principal Analyst at LNS Research. “This, and other building block sub-systems, are a step toward autonomous operations,” Perino added.

From a geographical standpoint, GE Digital said power generators that will benefit the most from this software are located in highly regulated regions or with constrained emissions. These include Europe, the United States, and Canada, as well as additional locations with inconsistent weather patterns.

These results prove the effectiveness of Autonomous Tuning, indicating that the benefits provided by digital solutions are important for increasing efficiency.