RB-KAIROS+, the new collaborative mobile manipulator, is certified by Universal Robots (UR). Robotnik made the announcement at the Hannover Messe digital event, running between 12 and 16 April.

The RB-KAIROS series consists of three autonomous collaborative mobile manipulators, the RB-KAIROS 3, RB-KAIROS 5, and the RB-KAIROS 10. The new robots have slightly different specifications, but they are designed for plug-and-play integration with UR e-series arms. 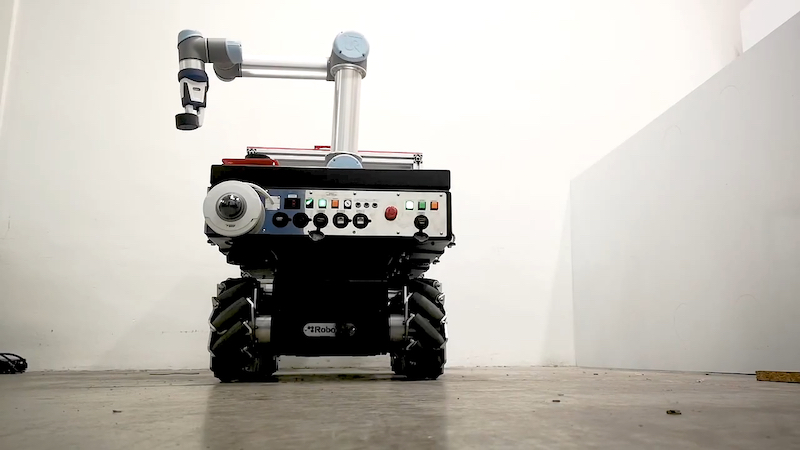 The software and hardware are programmed to support arm mounting capabilities that will convert the robotic arm into a mobile manipulator via Polyscope, a C++/Python viewer, and a user interface for 3D data.

These features will allow for a potentially substantial expansion of the collaborative robot (cobot) workspace. The RB-KAIROS can execute various automated operations, including performing pick and place operations in large areas, parts feeding, and metrology. 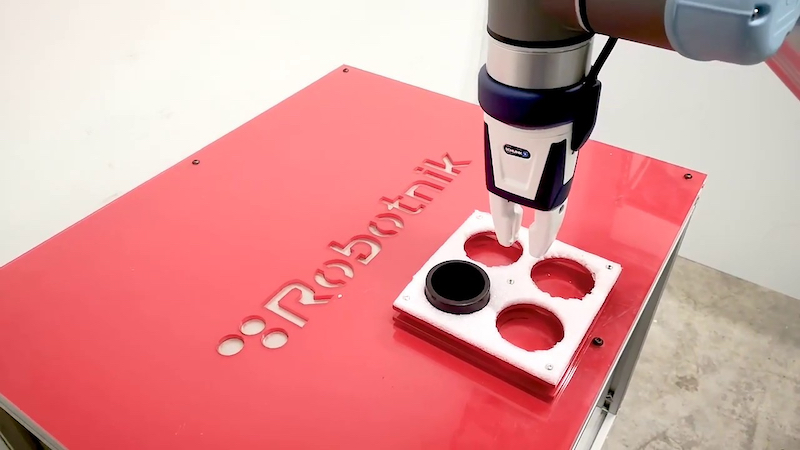 The RB-KAIROS cobot can perform a variety of precision tasks. Image used courtesy of Robotnik

The driving force behind this year's Hannover Messe event is industrial transformation. The event is taking place virtually this year, after being canceled last year due to COVID-19 concerns. "Under the key theme of 'Industrial Transformation'," the Hannover Messe website reads, "exhibitors and industry thought leaders will present their technologies and ideas for the factories, energy systems and supply chains of the future."

With its contribution to the event, Robotnik is trying to answer two separate questions connected to the advancement of industrial technologies. The first one relates to improvements to the quality of work performed by operators. The second one focuses on how such improvements can make companies more profitable.

In both cases, Robotnik claims the answer is a positive one. Through the optimization and further development of cobots, companies can achieve improved output and higher profits.

Founded in 2002, Robotnik now operates in more than 50 countries. According to the company's website, the firm has deployed over 4700 robots on the global market. Robotnik reportedly counts roughly 4000 customers worldwide and has so far raised more than €50.000 in investments.

The company has also pioneered a number of research and development projects involving cobots, including 5G, Agrobofood, and Aresibo, among others. 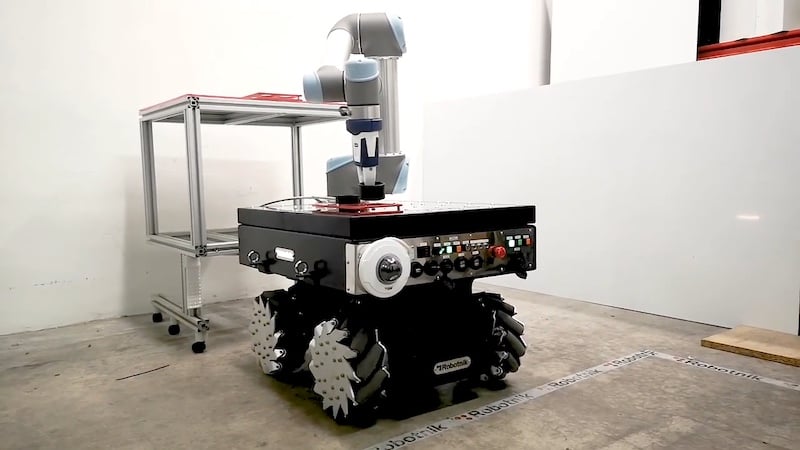 The RB-KAIROS is also certified by UR. Image used courtesy of Robotnik

The RB-KAIROS represents the latest company's effort. The mobile solution is designed to extend the capabilities of Universal Robots' e-series arms and improve the overall efficiency of production lines.

What else do you hope to see come out of Hannover Messe this week?