In nearly every machine with motion, a selection of gears, belts, and chains sends power to the final mechanisms and power must be transmitted from the motor to the final load(s) device. Choosing between transmission methods isn’t always simple, but a few key properties can help to make the choices easier.

The study of power transmission involves understanding the various types of mechanisms, and also realizing when and where they might be most appropriately used. It’s safe to say that each method of transmitting mechanical power holds distinct advantages over the others in certain situations. Sometimes the differences are obvious, but other times more subtle. 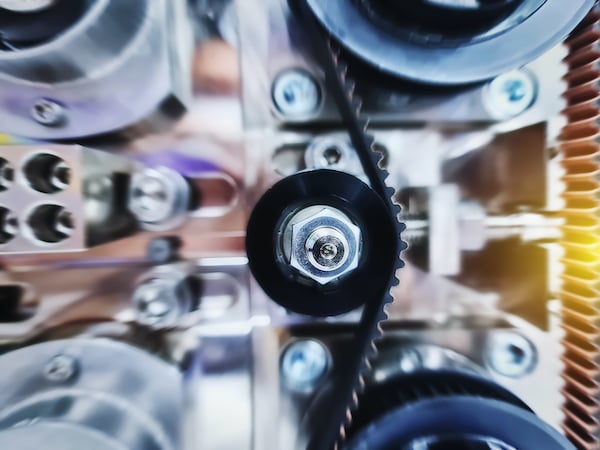 Figure 1. Inside nearly every machine, a selection of gears, belts, and chains send power to the final mechanisms.

First of all, a definition of several different categories of power transmission methods:

Distance Between Source and Load

Gears are not well suited for long distances between input and output shafts. A large diameter gear is heavy and takes up a lot of space, and using a train of multiple meshing gears will reduce efficiency. Efficiency is the usable output power divided by the required input power. Typically, a system that generates noise and heat is likely to be less efficient, and the losses will compound with multiple meshes.

If the distance between the shafts is likely to experience slight changes, then a rubber belt or a chain can be equipped with spring-loaded idler pulleys to create tension.

In almost every motion system, rigidity is critical. The distance and angle between the shafts must be very carefully maintained.  If slight vibration is inevitable, then a rubber belt is likely the best option. A V-belt can withstand some small amount of misalignment between the shafts, even though prolonged misalignment will reduce the lifespan.

In gears, synchronous belts, and chains, no amount of angle change between shafts can be tolerated - extreme rigidness of the machine is essential.

For low-speed applications, the V-belt does not perform well. V-belts rely on friction between the belt and the pulleys, and lower operating speeds reduce that friction. Gears and synchronous belts/chains will work well for low speed, although efficiencies will change based on speed.

Providing adequate tension for V-belts will help to improve friction interaction. Adequate tension becomes increasingly important if the belt shows signs of wear and stretching over time. Lower tension will allow more slipping of the belt even at higher speeds.

If the load provides a great deal of resistance to motion, such as being very heavy, there will be more slipping in a V-belt system. For these high-torque loads, the individual teeth on the gear and synchronous belts, or the links of a chain provide a better performance, and a V-belt may not be the ideal choice.

Higher temperatures can be devastating to rubber and synthetic belt materials. Belts of all types rely on adequate heat dissipation either from fans or sufficiently low ambient air temperature.

Gears and chains work better under higher temperatures since the metal material is more resistant to temperature variations. They can be used inside oil-based heat dissipation baths as well. The same oils would create too much slipping and degradation of the rubber materials in belts.

Three main concerns for maintenance on these power transmission systems are shaft alignment, tensioning, and lubrication.

Shaft alignment can be accomplished with several techniques, including ruler measurement and lasers, but a proper machine design should provide the rigid structure needed in any case.

Tensioning is important for belt and chain systems, and it usually includes spring-loaded or carefully positioned idler pulleys. These pulleys must have a large enough radius to not over-extend the internal reinforcements contained in most belts.

Finally, lubrication is essential — especially for chain-drive systems, but if misused, the grease can attract impurities and reduce the lifespan of the system. Belts can be harmed by lubricants on the belt material themselves (since V-belts mostly rely on friction to transmit power). However, the belt drive pulleys still require the proper maintenance to meet their optimum life cycle.