Learn about computational fluid dynamics (CFD) and how it is used in various sectors across the manufacturing industry.

From engineering efficient ways to keep an SoC (System on a Chip) cool enough to function properly to helping race cars shave a few more seconds off their time, computational fluid dynamics remains a powerful tool for simulation and optimization. 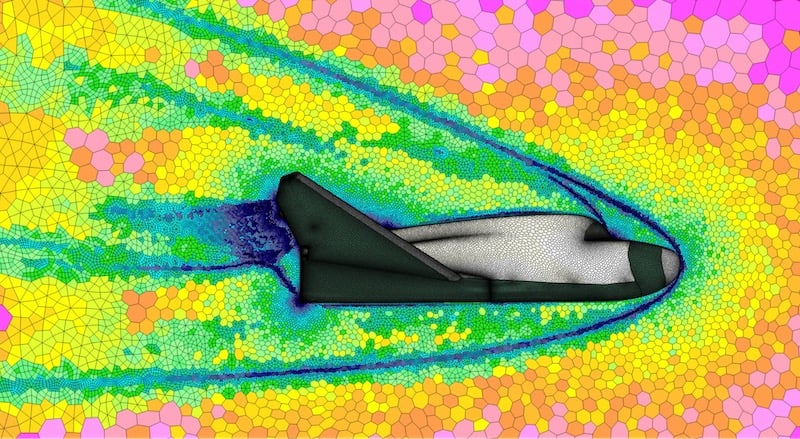 Figure 1. CFD is often associated with aerospace and automotive design, but it applies to various industries, including electric motors, robotics, batteries, and thermal management. Image used courtesy of Siemens

What is Computational Fluid Dynamics (CFD)?

CFD is a numerical simulation and modeling tool based on fluid dynamics principles. It leverages numerical methods and algorithms to solve problems involving the flow of fluids.

As part of this explanation, it is important to consider that fluids are not limited to liquids. Fluids also include gases like air. CFD can simulate fluid flow, chemical reactions, phase changes, heat and mass transfer, and liquids, gases, and solids as they flow through a system.

The primary governing equations involved are the continuity equation (conservation of mass), Newton’s Second Law (conservation of momentum), and the First Law of Thermodynamics (conservation of energy). The key variables are velocity, pressure, and absolute temperature, along with density, thermal conductivity, enthalpy, and viscosity. 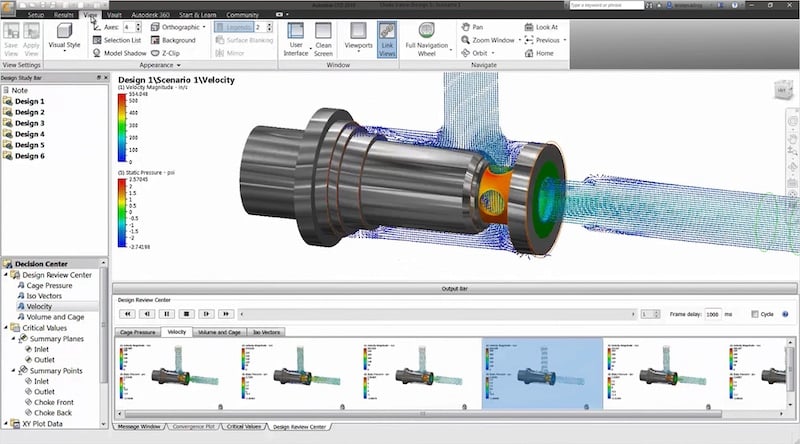 Figure 2. Flow simulation illustrates the flow of fluid particles through a system as they interact with solids, other liquids, and heat. Image used courtesy of Autodesk

CFD simulation aims to comprehend the velocity, pressure, and temperature at every point within the flow regime.

CFD modeling results can be post-processed to provide informative visualizations that can include streamlines representing the velocity (speed and direction) of fluid flow, maps showing temperature distributions, and particle tracing that shows the movement of a single fluid particle (to name a few).

With the continuing increase in computing power and graphics capabilities, visualizations can be manipulated in 3D and generate compelling images, videos, and animations to help users interpret the data and share it with non-technical audiences.

What is the Most Widely Used Computational Fluid Dynamics Model?

The most widely used model in CFD is FVM, which stands for Finite Volume Model. Strictly speaking, it is a discretization method where the fluid volume is divided into finite control volumes. These individual control volumes are centered around a node located at the centroid of the volume.

The differential form of the model’s governing equations is integrated, and the variable of interest between the centroids is obtained using interpolation profiles. The resulting equation, known as the discretization or discretized equation, then expresses the conservation principle for the variable inside the control volume.

FVM is quite popular because of its versatility and because the solution will satisfy the conservation of quantities such as energy, species, momentum, or mass. Conservation is exactly satisfied for both individual control volumes and the entire computational domain. 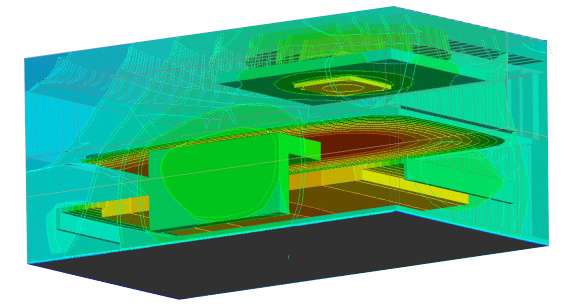 Figure 3. CFD finds extensive application in thermal management of electronics, as in this example of a modular chassis used for mission-critical applications. Image used courtesy of ANSYS

Other methods that can also be used with CFD include the Finite Element Method (FEM), typically associated with solid mechanics, and Finite Element Analysis (FEA).

There is also the FDM or Finite-Different Method; this particular method is not as widely used for CFD as FVM and FEM, but finds extensive application in weather calculations, seismology, and special effects for films and television.

What is Computational Fluid Dynamics Used For?

In a general sense, CFD optimizes, analyzes, and verifies designs involving fluid flow before expensive prototypes are manufactured. Costly physical tests are performed on those prototypes.

Generally, CFD can be used for:

More specifically, CFD is being used to:

In addition, CFD can be used with FEA to capture complex interactions among fluids, thermodynamics, heat, electricity, magnetism, and structural analysis. 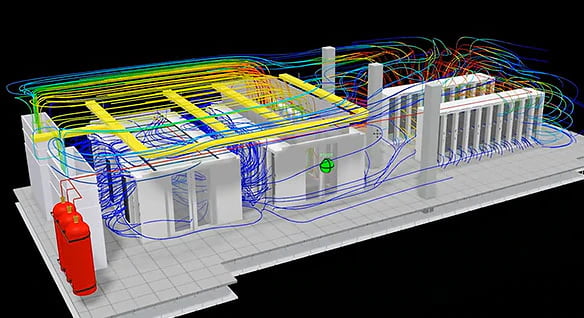 However, not all CFD packages are commercial: OpenFOAM is a free, open-source CFD package that runs on Linux, macOS, and Windows 10. In addition, there are browser-based CFD systems such as SimScale, which happens to be based on OpenFOAM. There are also powerful post-processing tools such as Ceetron Desktop Components that bring life to CFD solution data.

When executed properly, it can reveal the behavior of fluids and how they interact with solids, heat, phase changes, and chemical reactions. CFD is used in many different industries, assisting in optimizing designs and saving time and money for prototyping and physical testing. From fuel nozzles in jet engines and race car bodies to soft robotics and data center air cooling systems, CFD has proven invaluable time and time again during the engineering process.