Industrial Networks: “Protocol over a Standard?”

Industrial Networks: “Protocol over a Standard?”

Industrial communication channels often contain terms such as ‘Modbus over RS485’ or ‘CIP Safety over Ethernet’. What does it mean to send one network over another, and how does it work to your advantage?

Industrial networking relies on the knowledge of professionals who are becoming more widely recognized with the term ‘OT’, meaning operational technology. The skills required are a collection of traditional IT networking blended with the knowledge of the shop floor and day-to-day operations. The network adaptations involved in OT experience some situations unlike any other setting. One of these areas is the listing of two common terms in the same network, such as ‘Modbus over RS-485’ or ‘Modbus over Ethernet’.

﻿Most often, this is an old yet critical protocol transmitted over a modern standard network.

One warning that should be noted is that in the industrial world, it is common to stray away from technical labels and rules in favor of more familiar terms in order to help understand a system. Knowing this, there may be many cases in which the accepted term does not follow the rules I am explaining below, yet the concept and purpose remain exactly the same. 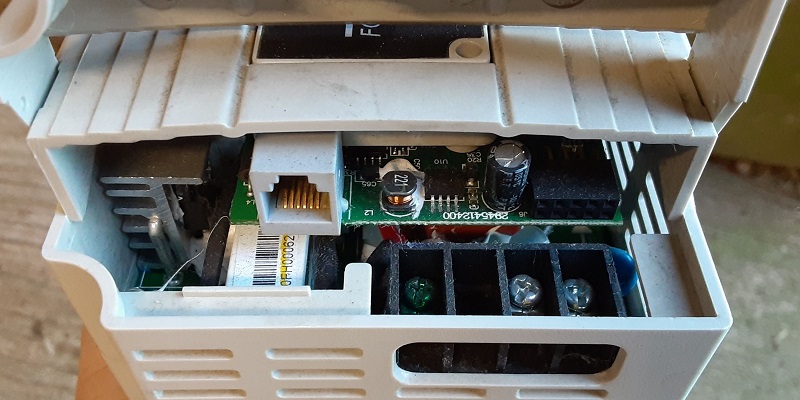 Figure 1. This Variable Frequency Drive (VFD) has a 6-pin RJ11 port. According to technical docs, this is for an RS-485 standard, allowing either Modbus ASCII or RTU protocols (selectable in parameters).

What is an Industrial Protocol?

﻿Protocol refers to the distribution and arrangement of bits in a 'packet'. One device arranges the info about incoming and outgoing addresses, data rate, data length, error-checking, etc., then wraps all of that into a single stream of bits and sends it out. The receiving device must have the correct physical port standard (discussed below), then it must also have the translation ability to separate the message string into its appropriate parts. This process is called ‘parsing’ the message. Once the actual data packet has been determined, it can apply it to the correct task.

Industrial networks present a challenge that residential and commercial networks don’t encounter very often—the bizarre collection of protocols from generations of old legacy equipment. Notably, Modbus, which is nearly 50 years old, is still a very common protocol. Perhaps if a designer could have a blank slate, snap their fingers, and remove all but the most recent protocol, life would be simpler. But then forward another few decades to the future, and we would have the exact same problem.

Other protocols can be used for purely digital data handling, especially in IoT applications, including HTTP and MQTT.

What is an Industrial Standard?

﻿Standards outline the physical capabilities and limitations of a particular data arrangement, but they do not describe how the data is arranged inside it. For example, a standard will determine voltage levels (what is considered a HIGH/LOW bit voltage), data rate (or allowable rates), connectors, noise immunity, lengths for various configurations, etc. 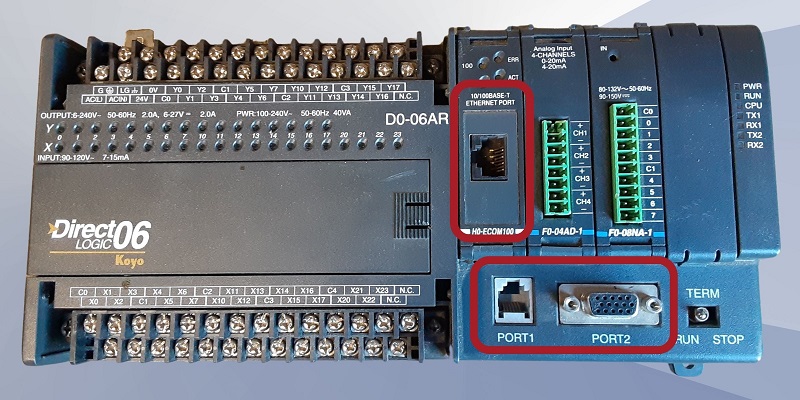 Figure 2. This (slightly outdated but functional) PLC contains several built-in communication ports: RS-232 with a fixed speed and limited functions on PORT1, 15 pins for RS-232/422/485, also for various protocols on PORT2, and a modular Ethernet port above.

Although a single network port may be capable of receiving many protocols that fit its port standard, we still see limitations because a port configured for the voltage of an Ethernet network would be destroyed by the higher voltage of an RS-232, for example.

This means that we have two options in connecting to a legacy network on a new controller.

Option 1 is by far the easiest, but also the most restrictive. The extra cost of PCB footprint, hardware, and space is countered only by the ease of connection.

Option 2 requires the sending device to include the ability to send the old protocol over the new standard, or to use a network gateway adapter, converting old to new. Entire companies specialize in these adapter products, which essentially convert a menagerie of mismatched vendors and generations into one harmonious system. 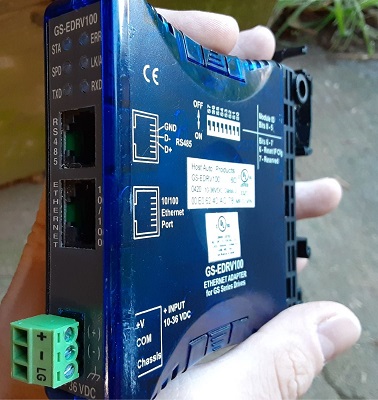 Figure 3. This gateway adapter is used to convert between Ethernet and RS-485 standards for control of a VFD without Ethernet ability from a network that relies on Ethernet.

Ethernet is the most common modern standard, so it’s more likely to see other protocols converted into the Ethernet TCP/IP format these days.

Standards include RS-232/422/485 and Ethernet (governed by IEEE 802) as the most common. Wireless standards are becoming more familiar, especially in remote sensing applications, and these include Bluetooth, Wi-fi, 4/5G, etc.

When we see these labels applied to the network interfaces of modern controllers, we see a few standardized physical ports. If we examine an RS-232 connection, it is most likely to appear as a 6-pin RJ (registered jack), a DB9 common for older computers, or a 15-pin purely serial interface with the designator ‘IOIOI’.

Protocol and Standard Working Together

﻿Since the protocol determines the arrangement of bits, and the standard determines the properties of the bits, it is possible to send nearly any protocol over nearly any standard, although some are far more common than others due to practicality.

Modbus is an easy target to use as an example because it is so common, but assume a controller provided with the ability to communicate with Modbus RTU or ASCII devices. It will likely be provided with an RS-232/485 port in compatibility with the field devices, but the programmer can easily configure the controller to use one protocol or the other, assuming the right standard connector is used. 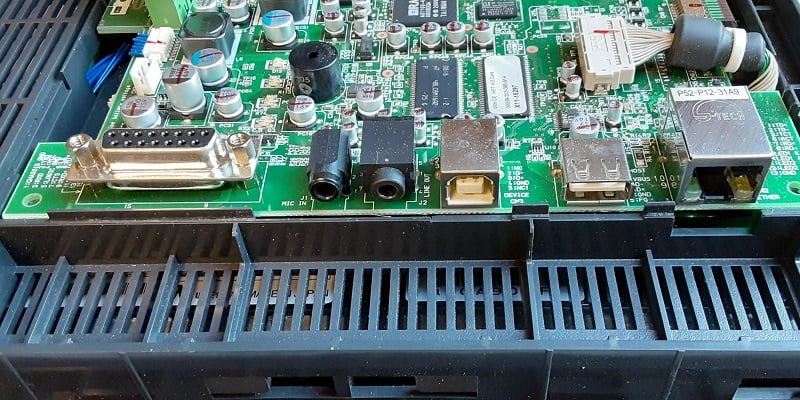 Figure 4. The removed back panel of an industrial HMI shows a variety of communication and access ports—serial (for RS-232/422/485), audio, USB, and finally Ethernet for common TCP/IP, but functional for other protocols over Ethernet.

Equally (maybe more) common is TCP/IP, the protocol for modern equipment. It will be common for all kinds of devices to convert their data packet into something compatible with TCP/IP.

What Can I Do if a Conversion is Required?

If a crossover must be made, it will almost certainly be an older legacy protocol (like Modbus RTU or ACSII) over a newer communication standard like Ethernet TCP/IP.

If you have an old piece of technology that must be connected to a modern controller, we already discussed the two options. If a straight-up replacement of either one is impossible, consider the in-line gateway adapter, which will convert the old network so that it rides on top of the new, fast, reliable standard.

The modular use of gateway converters can be helpful in the sense that if the field device with the old protocol must be replaced but the new model is slightly different from the old one, you simply select the new inexpensive gateway adapter. No longer do you stress about this part talking to that part–the experts understand the protocols, and they have designed solutions to help you manage the headache of making such a diverse system operate in healthy coordination.