In industrial processes, a down machine can affect the entire supply chain. This article discusses machine reliability and its importance in industrial automation.

In complex manufacturing processes, machines and subsystems rely on each other for smooth operations. A downtime in one of the machines will affect the total production of the plant.

This is a significant problem in operations that follow a just-in-time (JIT) methodology. When a machine breaks down, all the processes downstream will be affected. It will also cause a bottleneck and create blockage upstream.

It is essential to have reliable machines that work as expected throughout the scheduled time of operation. This is where machine reliability comes in.

A machine’s ability to operate, with the desired output characteristics, without failure or downtime, is termed machine reliability. It is measured as the percentage of time the machine operates without failure to the total scheduled time for the machine.

A machine with 100% reliability is ideal but may be difficult to achieve over a long period of time. Ergo, a machine capable of operating for a large percentage of the scheduled operating period is desirable. When comparing machines from two different OEMs, it is better to choose the machine with the highest reliability over the other.

Recent global events have indicated how fragile supply chains are. The government-mandated lockdowns caused supply shortages and prices to rise for goods. A ship unable to pass through the Suez canal created a traffic jam that incurred costs running into billions.

The difficulty of switching between the manufacturing of different kinds of chips made by the semiconductor industry is causing an enormous chip shortage. This, in turn, affects the production of many goods, from industrial sensors to everyday automobiles. 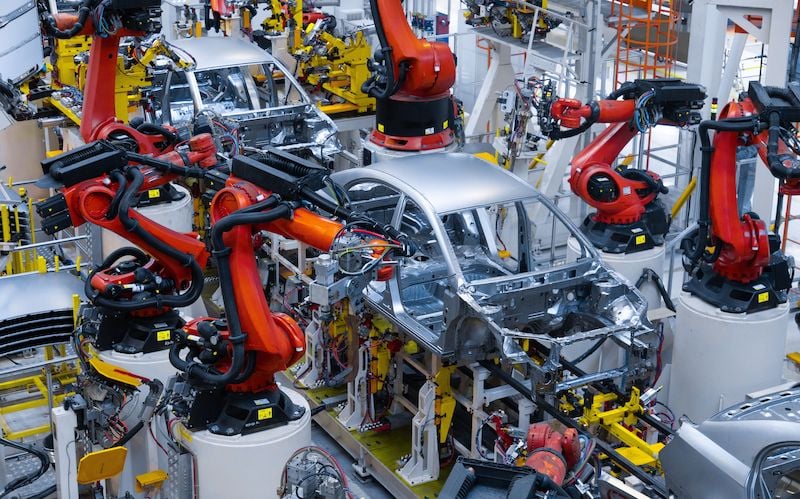 Machines in a factory are part of the respective global supply chain and can cause ripple effects that can stretch to the whole economy. Almost all production processes rely on the modern assembly line brought about by Henry Ford. The basic principle of the assembly line is that one station or machine specializes in one specific task, meaning all the processes downstream can be done only after the particular task is accomplished.

If there is a failure of the robotic arm that assists in installing the interior components, the whole process has to be stopped. The tasks downstream to the robotic arm will not receive any new work and will be idle. On the other hand, the processes upstream can still be functioning, and the assembly line upstream will be producing in excess. This causes a delay in production, and the plant will not be able to meet its expected output level until the failed robotic arm is fixed.

Most of the mistakes in a factory or manufacturing facility are caused by human error. This is true for the causes of machine failures too. Almost a quarter of all downtimes experienced can be attributed to human error in one way or the other. More human involvement in the operation of a machine can lead to more potential failures.

The improvements in industry 3.0 brought automation to the forefront of all industrial activities. This meant the operations of a plant could run using the logic of operation required, which reduces the variability in the operating conditions and output. Humans will be less involved in the production process. Any action taken in the production environment will fall under the following functions.

Each of these can be accomplished by a computer or a human. As a computer accomplishes more of these functions, the level of automation is higher, thus removing human variability and errors. The operations will run smoothly according to an algorithm and cause fewer troubles. This will increase machine reliability both in the short and long run.

Automation brings about process improvements that cut down costs and improve operational efficiencies. An increasing level of automation will improve processes. Machine reliability goes up along with the level of automation, but the relationship is not linear.

Process improvements and increased machine reliability is often desired for improving the cost efficiency of a plant or factory. Automating processes comes at a cost. But after a certain level, the cost of automation will far exceed the benefits. From there, the cost of a higher level of automation will negatively impact the plant’s profitability. This is the law of diminishing returns in action.

Figure 2. Model 3 is built from the ground up as an electric vehicle—with ultra-high-strength steel and a low center of gravity. Image used courtesy of Tesla

Sometimes, the desired automation level is not achievable due to the limitations of current technology. A recent example of this in the real world was a Tesla factory for producing the Model 3. It was delayed beyond the expectations of management and investors. This was due to the expectations of Elon Musk to have a completely automated car production facility. The level of automation was not economically achievable with current technology, which resulted in the scaling down of automation to complete the project.

Machine Reliability in the Future

Industry 4.0 brings technological advantages related to using data in production. Data is considered the 21st-century equivalent of oil because of the modern algorithms and the computing muscle that facilitates them.

The Industrial Internet of Things (IIoT) will be common in all production environments. All the equipment and components will have sensors capable of measuring and storing all the relevant physical attributes of its operations. They will also be capable of relaying this information over a low latency network with large bandwidth. This will result in a mountain of operational data that contains significant insights into the plant operations.

Having the data stored and away is not sufficient; data from one plant may be in the range of terabytes per day. A human cannot analyze the vast quantity of data generated for actionable insights. Artificial intelligence (AI) and machine learning (ML) algorithms can be used to churn the insights from raw data. This can be used for improving processes, reducing costs, and charting an alternate course of action. 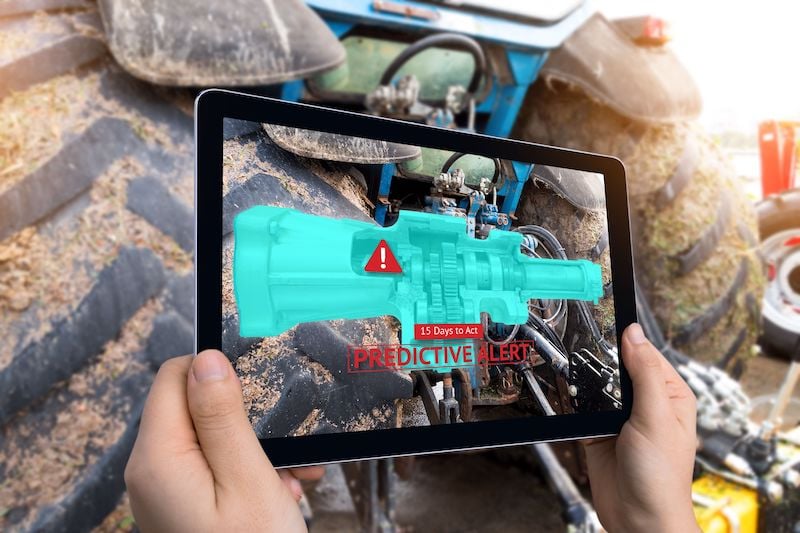 Figure 3. A predictive maintenance alert on an industrial agricultural machine.

The application of AI also helps conduct predictive maintenance. Instead of reactive maintenance, maintenance activities will be done before the actual fault occurs. Modern algorithms will predict the occurrence of a fault, and intervention can be carried out to avoid it. This will improve the machine reliability manifold.

The next step would be implementing digital twins. Here, the data from all the machines from the same OEM will have a twin residing in the cloud working with state-of-the-art algorithms and processors. Data from one machine can be used to improve the operation of another machine across the globe. Response to black swan events will also be swifter in such a setup.

Automation reduces the need for humans in the production process, which increases machine reliability. However, automation overdrive can hit the point of diminishing returns and can be counterproductive. Using data is a horizontal way to increase machine reliability without increasing automation. IIoT, AI, and allied technologies can help in predictive maintenance, operational improvement, and cost reduction. Data will be the next driver for process improvement in an industrial setting.