Solenoids and linear actuators provide similar movements in industrial applications. What are the main similarities and differences, and how are they each used?

Solenoids and linear actuators are standard devices for industrial applications. For the most part, they control the movement of mechanisms or systems that require automation. When used by a main controller with a feedback signal, they enable precision-controlled movement.

What is a Solenoid?

What is a Linear Actuator?

A linear actuator is a device that creates linear motion of an attached mechanical assembly, usually a rod. Linear motion is executed with a built-in motor connected to the linear rod through gears of different sizes and ratios. As the motor rotates, the gears convert the rotational motion into linear motion.

Linear actuators generally use direct current (DC) brushed or brushless motors and a DC power supply, such as 12 VDC or 24VDC. However, DC motors aren’t required. Steppers and induction motors can also move linear actuators, depending on the load and application. The direction of actuator movement can be easily reversed by reversing the power supply terminals. 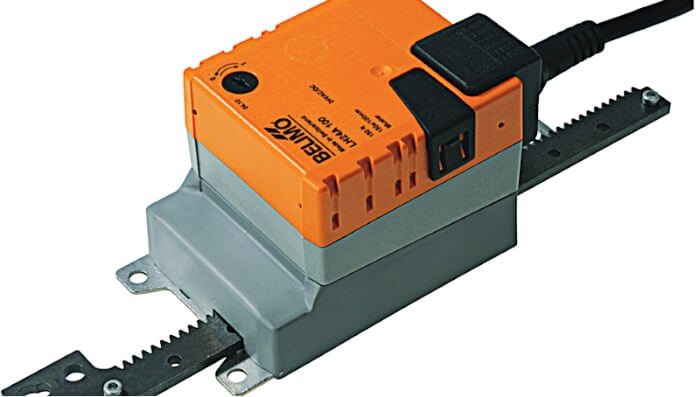 Linear actuators contain sensors at both the minimum and maximum ends to detect the rod’s travel at both ends and, if needed, stop further movement to prevent damage to the internal components. The linear actuator’s speed is not fast but can deliver significant power. For this reason, linear actuators are used in applications that require motion against weighted items. Some linear actuators also include feedback signals, indicating their limit reach.

Let’s look at some similarities and differences between solenoids and linear actuators.

Some key areas that distinguish solenoids and actuators from each other include applied voltage, motion direction, and feedback.

Applied Voltage: Solenoids require alternating current (AC) voltage for activation and motion because they use a magnetic field for operation, and only the AC voltage can create the magnetic field. Linear actuators tend to use DC motors, which cannot operate with AC voltage.

Motion Direction: Solenoids can only create motion in one direction. When there is no applied voltage, the force stops, and the mechanical plunger remains present unless it is loaded with the spring to bring it back to its initial position.

Figure 2. The basic motion of a linear actuator. Image used courtesy of Bcraig15

Linear actuators can move in both forward and reverse directions. It is accomplished by changing the polarity of applied DC voltage at the actuator’s terminals. This allows controlling the attached assembly in both directions. The linear actuator’s position remains fixed at its current position, even in the applied voltage absence.

Feedback: Solenoids do not allow the rod position to be tracked, nor can the position feedback be implemented because the motion is in a single stage with a maximum position. Instead, feedback from the externally attached assembly or mechanical systems provides the status of solenoids and can monitor the solenoid.

Linear actuators can provide direct feedback about their motion based on their minimum and maximum limit position. The entire movement can also be tracked with external sensors and control circuits. Advanced versions can also have built-in features of position feedback without using external components or circuits.

Let’s look at some industrial applications of solenoids and linear actuators.

Valves: Solenoids can be used in combination with valves, called solenoid valves. Solenoid valves are common in industrial applications where fluids, such as water and steam, are involved.  They turn valves ON and OFF and provide an effective way of switching fluid supply without human involvement. 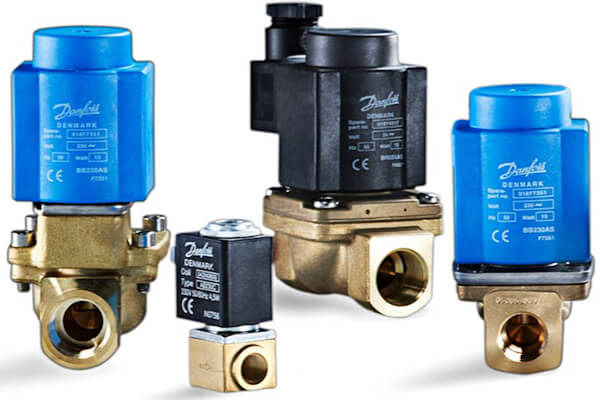 Common areas of application for solenoid valves include equipment for food and beverage, pharmaceutical, HVAC, and utility.

Contactors and Relay: The solenoid coil is also commonly used in contactors and relays, which are also used in the development of electrical and electronic circuits. The solenoid coil is connected to the contacts and can move to make or break the contact. The coil is energized and de-energized with the external source supply voltage, which usually comes from the main controller or programmable logic controller (PLC).

Locking Mechanism: Solenoid coils can also be utilized as a locking mechanism in manufacturing industries. The solenoid coil activates a lock when energized and deactivates the lock when de-energized. The locking mechanisms can be employed in different machine parts to ensure the product or human safety. When the machine is in operation, the lock activates and restricts access to moving or dangerous parts.

For example, in pass-through boxes used in the pharmaceutical industry, a locking mechanism restricts door opening for a specific period and prevents the simultaneous opening of both sides.

Let’s look at some areas of applications for linear actuators.

HVAC: Linear actuators are an integral part of HVAC components, such as air handling units (AHU), since HVAC component regulation requires a change in different parameters, like blower speed and chilled water supply. For example, in AHU, linear actuators open and close air dampers to control the airflow in the supply area.

Packaging Machines: Linear actuators are used in packaging machines and are starting to replace pneumatic-based stroke systems. They execute many functions, including insertion and boxing.

Linear actuators best suit the packaging operations because they can execute functions with force, enabling them to handle weighted items. Their stroke length can vary depending upon the package requirements, allowing them to use objects of various dimensions and sizes without changeover. This helps the machine users reduce changeover times and increase productivity. Other advantages include easy cleaning and maintenance.

The development of PLCs and automation systems have enabled machine manufacturers to offer cost-effective and efficient machines, contributing to the overall success of all industries. However, automation systems alone are not sufficient. It requires mechanical components that can act according to process requirements, is compatible with an automation system, and can communicate accordingly.

Solenoids and linear actuators are two of many such mechanical components. They are used in diverse industries to deliver the process parameters with the latest automation system. They have enabled the manufacturers to migrate to efficient systems by replacing less energy-efficient and productive components.