With a $9 trillion logistics industry (according to NVIDIA), even small gains in efficiency and routing optimizations can lead to billions of dollars in unrealized potential. AMRs, or autonomous mobile robots, are projected to increase their numbers by over five times in the upcoming years, from 9,000 sites in 2020 to over 53,000 sites in 2025. This is in response to the strain on the industry caused by factors such as worker shortages and restrictions among the COVID-19 epidemic. 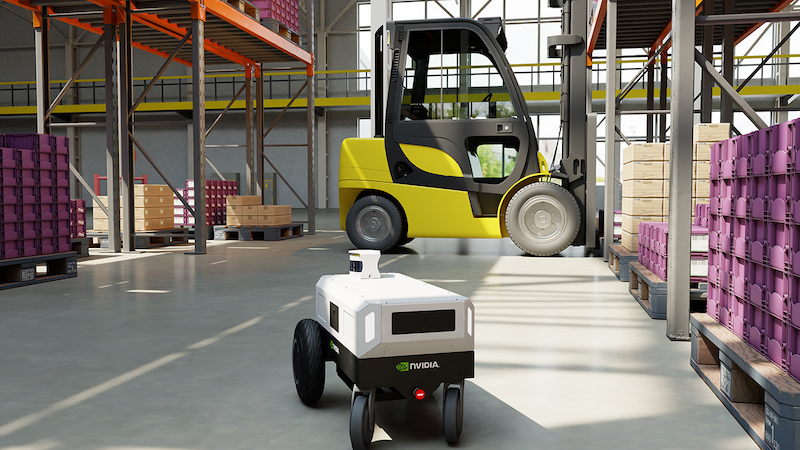 A concept image of an AMR in a facility. Image used courtesy of NVIDIA

A major problem facing warehouses and the AMR industry is the need for high-accuracy robot maps that can be made autonomously and accurately. As the operation changes or updates, robot maps need to change and update with them, without costly labor-intensive reprogramming.

Mobile robots are greatly aided by situational awareness to continuously optimize routes as their environment changes around them. All of these parameters combine to create a more efficient scalable AMR capable of keeping up in today’s demanding logistics industry.

NVIDIA has spent years developing and testing a new system called Isaac, geared toward helping improve some of these industry hurdles. The framework is available on the NVIDIA NGC software hub and within the NVIDIA Omniverse platform, tapping into Metropolis and ReOpt at first, and soon DeepMap and more NVIDIA technologies.

The challenges of autonomous robots are similar to the challenges facing the autonomous car industry. Collisions need to be avoided, destinations reached on time, and the correct product moved, all in a dynamic environment with constantly changing parameters. 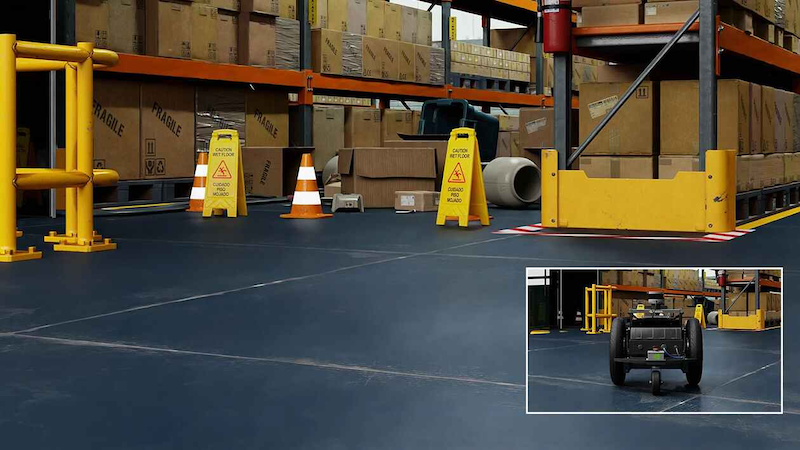 A concept image of an AMR mapping a facility. Image used courtesy of NVIDIA

The Isaac AMR platform uses NVIDIA Omniverse for creating digital twins of the facility where AMRs will be deployed. This enables synthetic data generation for AI model training. NVIDIA Isaac Sim (built on Omniverse) simulates all the moving parts in a facility with a relatively high level of accuracy, with an eye toward realism on a physical level.

NVIDIA’s recent acquisition of DeepMap brings advances in mapping for autonomous vehicles to the AMR industry as well.

With DeepMap technology, NVIDIA has managed to take warehouse mapping from a process that normally takes weeks, to a few days. This is a huge cost saver and can significantly reduce downtime for warehouse operations. The maps can also be updated by customers in real-time.

Sensors on the AMRs are not always sufficient to detect all potential dangers for both the robots and workers in the workplace.

To reduce the chances of unsafe or inefficient operation, the NVIDIA Metropolis video analytics platform was created to monitor blind spots and workers in real-time. The system monitors cameras set up around the facility and can help stop collisions before they occur.

NVIDIA Isaac holds potential for customers looking to improve the operation of their autonomous robot fleet. The industry is continuously growing and Isaac can help customers improve efficiency and worker safety.