While UR enjoys a record first quarter in 2022, a joint project between UR and mobile robot manufacturer MiR looks to develop solutions for mobility to advance the future of cobot applications.

Universal Robots, the creator of the popular UR series of collaborative robot arms, has released news about a record Quarter 1 revenue, a clear indicator of the increasing integration of cobots into automation roles. UR also recently announced the groundbreaking of a cobot hub, a partnership between UR and MiR (Mobil Industrial Robots) in Denmark.

Collaborative robots (cobots) are an increasing staple in many key industries. Those industries’ manufacturing needs are coupled with a lack of supply in workforce to fill roles, leading manufacturers to turn more towards automation. Not to replace the workforce, as indicated by the multitude of open positions, but to supplement existing positions and to complete repetitive or dangerous tasks.

As evidence of the trend to turn toward cobots, Universal Robots (UR) announced record revenue in the first quarter of 2022, posting a 30% increase over the previous year. The total revenue for Q1 of 2022 was 85 million dollars, compared to a year-long total of 311 million for the entirety of 2021. The recent months of the pandemic, along with the workforce shortage and the supply chain issues have led manufacturers to augment many processes with robots. 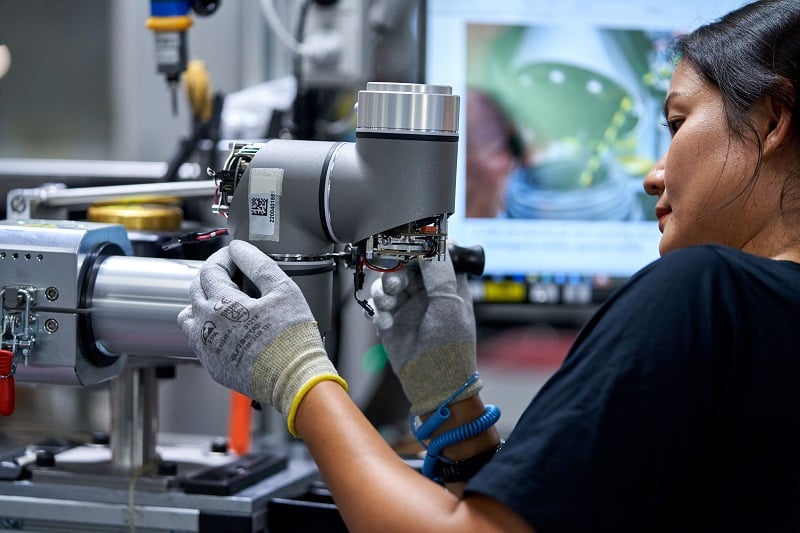 Careful attention to detail is followed in the manufacturing stage - both mechanical and electrical assemblies must be reliable. Image used courtesy of UR

Among the most popular applications for cobots are CNC machine tending, welding, and inspection processes, aided by machine vision and integrated sensory options which are becoming the standard for cobot gripper packages.

In addition to record revenue for the quarter, the UR team added 80 members in anticipation of the popularity trend continuing for these applications, and many more.

Not only has UR enjoyed a record quarter, the spring season also came with the groundbreaking of a facility in Denmark. This project, in the city of Odense, is a 215,000 sq ft innovation hub, and will be home to 600 employees of both Universal Robots as well as a second company called Mobile Industrial Robots (MiR).

The joint project between the two companies will yield the largest innovation hub connecting the fields of cobots and mobile robots in the world. 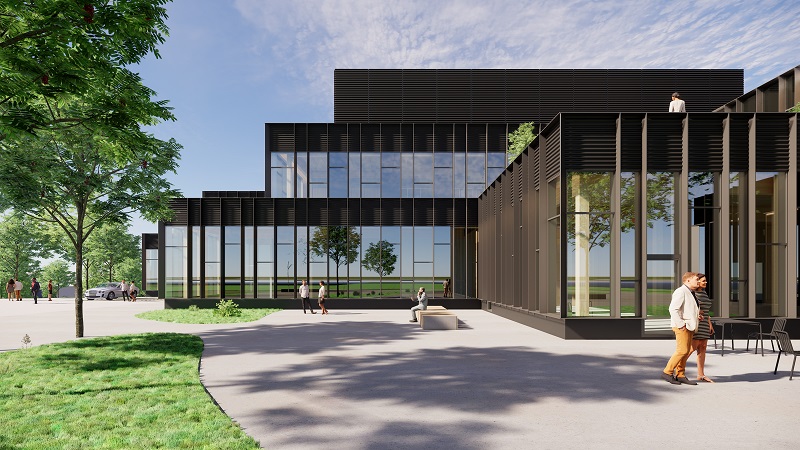 Generated image of the joint UR / MiR cobot hub, set to open in 2024. Image used courtesy of UR

Both companies grew substantially in 2021, more than 40% each, and hiring needs will outpace current facilities for both companies. Both UR and MiR are owned by the same parent company, making a perfect environment for a partnership between technologies that are already employed in many situations.

Mobile robots can provide a platform to increase the versatility of collaborative robot arms. Already these robot arms can operate without the confines of a safety cage or enclosure, and adding a mobile platform allows them to complete tasks with far more agility than with a fixed base.

Imagine a robot able to tend many machines by driving between them to complete loading and unloading operations. Even while the machining tasks are completed, the robot stays busy, decreasing the lost cost of downtime and significantly shortening the ROI time.

However, as one might imagine, linking two robot systems for added flexibility brings a host of extra complexities. In full understanding of these challenges, UR and MiR expect to work closely with each other to research and develop solutions to bring greater productivity to the field of robotics. 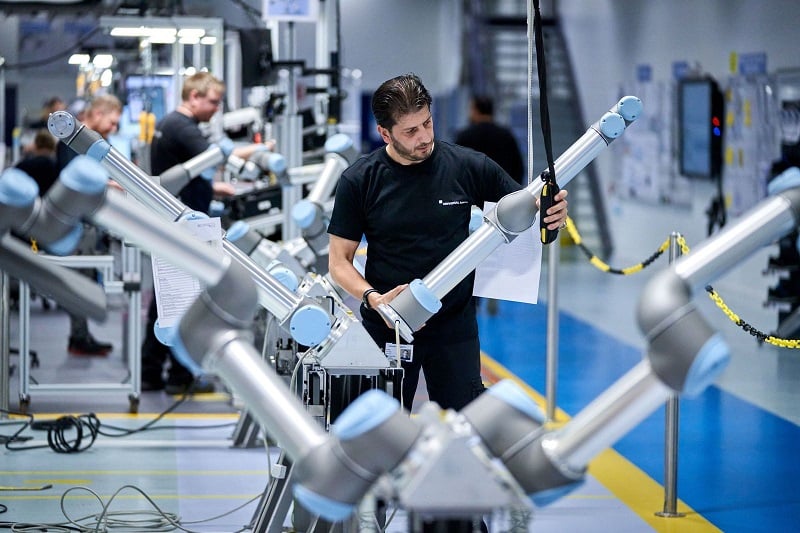 Each UR cobot is inspected and tested before shipping and placement into production. Image used courtesy of UR

With both UR and MiR experiencing years of growth, including a record-breaking Q1 2022 for UR, the partnership between companies as they take charge of the new innovation hub in 2024 will certainly be a development to follow closely.

Innovations between related technologies may certainly have a profound impact, reaching into industries and facilities which simply cannot justify the installation of each system individually. Our team will be at the front lines, watching with anticipation to see the developments that are sure to emerge.