Ohio State and Georgia Tech have combined forces to create a team of researchers dedicated to building a robotic arm that operates without motors. Robotic arms that operate with motors are often heavy and bulky, creating limitations for some robotic applications. 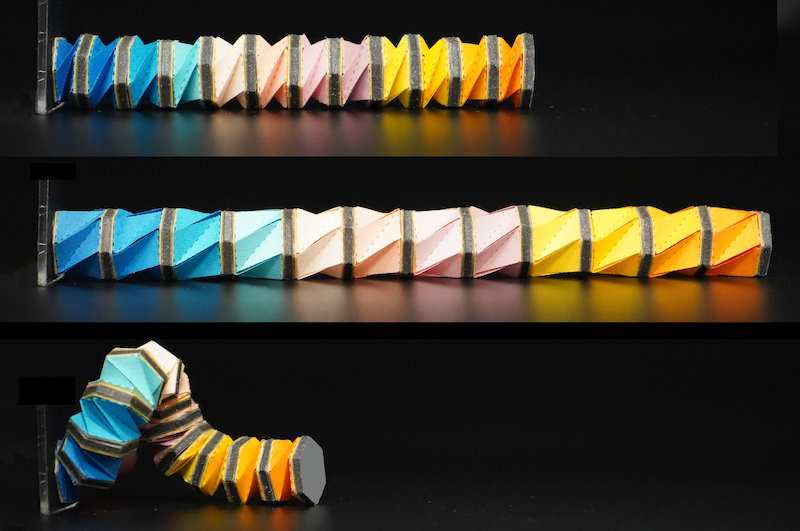 The researchers hope their new robot will provide a lightweight, precise robot that allows movement in all directions. They have combined Kresling origami and magnets to create an arm that operates similarly to an octopus tentacle.

The robot takes its shape and design after an octopus tentacle because of its dexterity and unique movement patterns. The ability to use omnidirectional bending has many potential benefits in the robotics industry. The research team hopes to apply the technology to applications that involve lightweight, precision movements like those in medical applications.

Researchers were able to use magnets to precisely control the robotic arm. It is made up of numerous sections that can be added onto or reduced if necessary. Each section has a magnetic pad on top of a Kresling section or Kresling unit.

A Kresling pattern is a type of origami pattern that folds to allow expansion or contraction between two separate “plates.” The pattern is naturally occurring when a cylindrical thin-walled sheet is exposed to torsion as well as compression, creating a twisting pattern in the material. 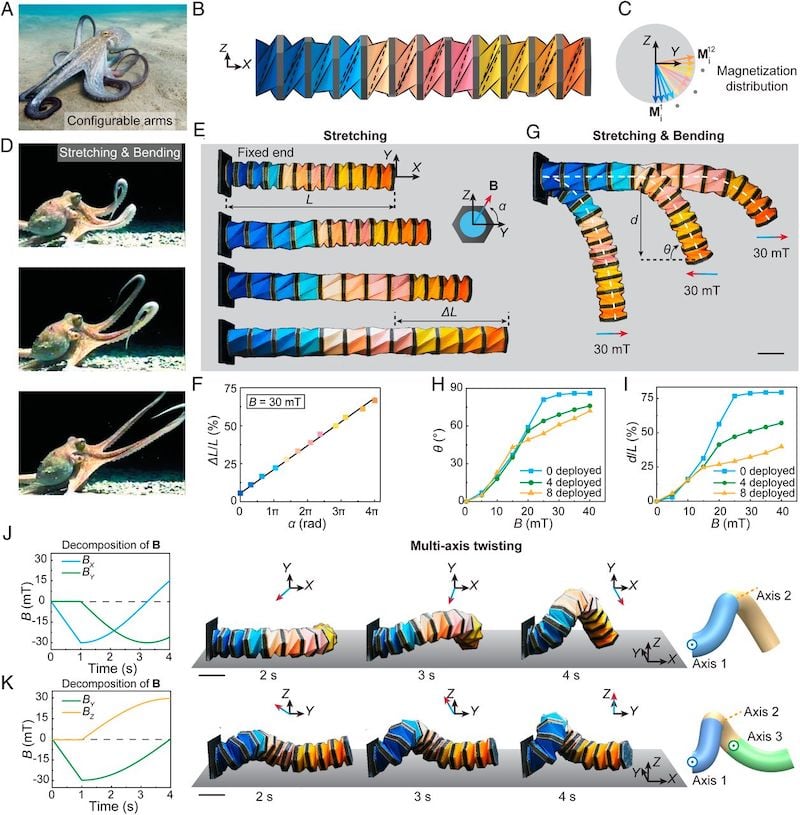 A figure showing how the robotic arm works similarly to an octopus. Image used courtesy of PNAS

The Kresling pattern of tilted plastic panels between magnetic hexagonal plates allows for free movement in any direction. Each plate has a different magnetic makeup, allowing each plate and segment to be controlled individually by altering the magnetic field. The system makes it possible to bend any segment, while twisting segments causes the segment to expand or contract axially. The robot consists of any number of Kresling units making a flexible design depending on application and sizing needs.

The next step in the design process is to add a controller to the system. By computerizing the magnetic control system, researchers should be able to create a system for controlling the robot that uses a controller similar to those used in gaming. Using this type of system in conjunction with an end of arm tool, or EOAT, the robot could create unlimited movement possibilities. 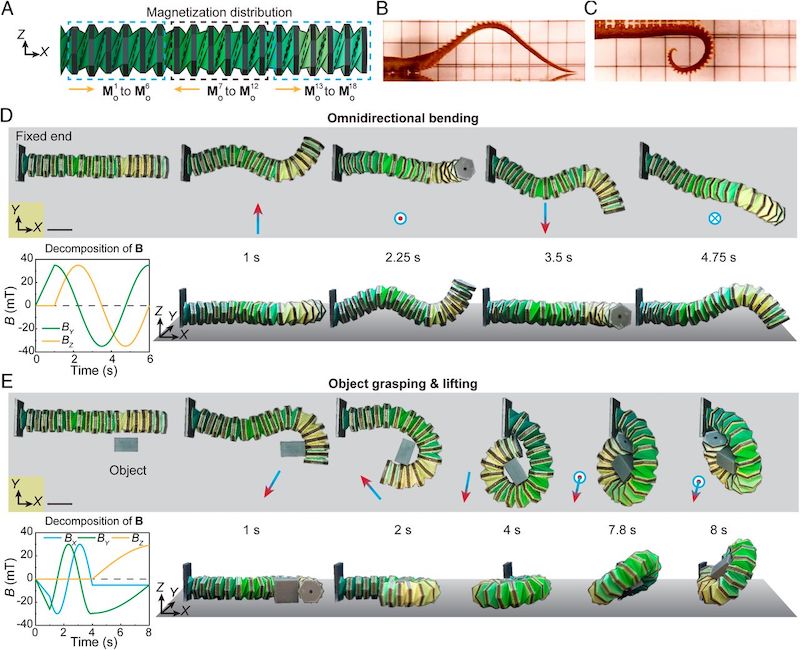 A figure showing the omnidirectionality of the robotic arm. Image used courtesy of PNAS

Researchers admit that the arm is not a heavy lifter in comparison to motorized traditional robotic systems, but they envision the octopus-like arm working in environments requiring precision and dexterity. The system seems like it could be a good fit for the medical industry, or other industries involving precision without heavy lifting.