How to Design a Fuzzy Logic Controller

How to Design a Fuzzy Logic Controller

Let’s review how fuzzy logic and ladder logic work together, how to design a fuzzy logic controller, and some advantages and disadvantages of using fuzzy logic.

Fuzzy logic controllers are, quite literally, all around us. From anti-lock braking systems to the washing machines that clean our clothes. But do they really work? And what are the benefits of using them? 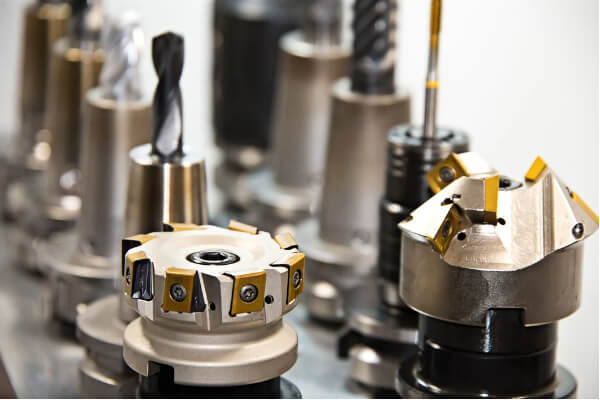 Take, as a basic example, the single rung shown in figure 2. Notice that the A/C (air conditioning) is only active when the Switch is active, and either HighTemp or Humid is active. 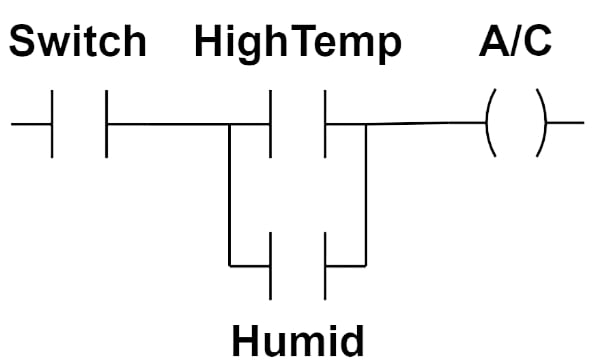 Expressed as a rule, this rung would take the following form:

A/C = Switch AND (HighTemp OR Humid)

Because ladder logic can be expressed as rules, it readily lends itself to adoption into fuzzy logic control.  Another way to think of this is that the outcome depends on the IF conditions represented by the ladder logic symbols to the left while the output represents the THEN result.

IF (Switch AND [HighTemp OR Humid]) THEN A/C

This approach can certainly be implemented using fuzzy logic rules. In such a case, the crisp inputs would be temperature and relative humidity. Sensor reading of these values would be transformed into fuzzy inputs by a fuzzifier. The inference engine would contain, among other rules, the one shown above. Based on the rules of the inference engine, a fuzzy output set would be presented to the defuzzifier. From there, crisp outputs would be provided to the control system.

In short, ladder logic can be implemented using fuzzy logic.

Before beginning the process of designing an FLC, there are certain key assumptions.

Identify and Configure the Variables for Fuzzification

The first step in designing an FLC is identifying the input, output, and state variables involved. Next, determine the fuzzy subsets for the variables. For example, temperature input may be divided into five subsets with a descriptive linguistic label for each: {‘cold,’ ’cool,’ ‘nominal,’ ’warm,’ ’hot’}.

Alluded in the assumptions, this may take the form of linguistic rules that already exist or can be developed with the aid of a subject matter expert. Rules can also be generated given a set of input-output data. And, in the case of ladder logic, the fuzzy logic rules can be read directly from the ladder diagram.

The result is the rule base for the fuzzy system.

Implementing the Inference Engine and Defuzzifier

There are several different approaches to implementing the inference engine. In controls, the two most popular approaches are Mamdani and Sugeno. Both types of inference engines combine the fuzzy output from the rule base using an OR operator and subsequently defuzzifies that output to obtain a crisp value.

Another fascinating example of fuzzy control systems involves digital video cameras and camcorders. Operators may move or shake the camera while filming a consistent shot, but fuzzy logic control can automatically compensate.

In an industrial setting, fuzzy logic is often used to control industrial processes and systems. For example, fuzzy logic works well with temperature and process controllers, such as those used with heat treatment of metals. Typical heat treatments involve highly precise ramp and soak cycles to achieve the correct metallurgical properties.

Similar applications that benefit from FLC include curing rubber or drying solvents on painted surfaces. In addition, all of these are examples of control processes that typically utilize a PID (proportional integral derivative) controller. CNC (computer numeric control) machining often depends on fuzzy logic controllers, as do many autonomous robotics, machine vision, and remote sensing.

Fuzzy logic control can still function when faced with imprecise data as well as non-linearity in the system. It also allows human experience and knowledge to be integrated into a control system and is highly customizable. Fuzzy logic control systems are generally cheaper to develop compared to more traditional approaches, and tend to be more efficient, robust, and reliable.

Specifically, in controls, FLC does not require the model and/or objective to be formulated in precise terms as is required in a more traditional approach to control systems. Furthermore, fuzzy controls can easily be blended with other control systems.

There are, of course, drawbacks to using fuzzy control systems. While fuzzy logic is a subset of artificial intelligence (AI), it is not a type of machine learning and cannot, therefore, adapt and learn. There are adaptive fuzzy logic controllers, but their design and complexity go well beyond the type of fuzzy controller under discussion.

In addition, updates will eventually need to be made to the rules that the controller depends on, and fuzzy logic controllers require extensive testing and validation before they are considered ready for implementation.

When should a fuzzy logic controller be used? They are an excellent option for control problems that are extremely complex and difficult to represent using precise models and objectives. They work well when imprecise data and nonlinear behavior are involved. They are also a good choice when human experience and expertise can be contributed to the system. How do you use fuzzy logic in your control system? Or, do you only use PID controllers?