Plastic is well-known for being inexpensive and lightweight, but not very resilient to friction and heat. Plastic motion pioneer Igus aims to overcome challenges and present a new solution.

Igus is a company well known around the world for plastic components that are used in flexible moving applications. Their product line consists of cable carriers, energy chains, plastic bearings, and linear actuators that use plastic bearings. Igus has been making advanced plastic components for nearly forty years. They specialize in cable management systems for robots and flexible applications. 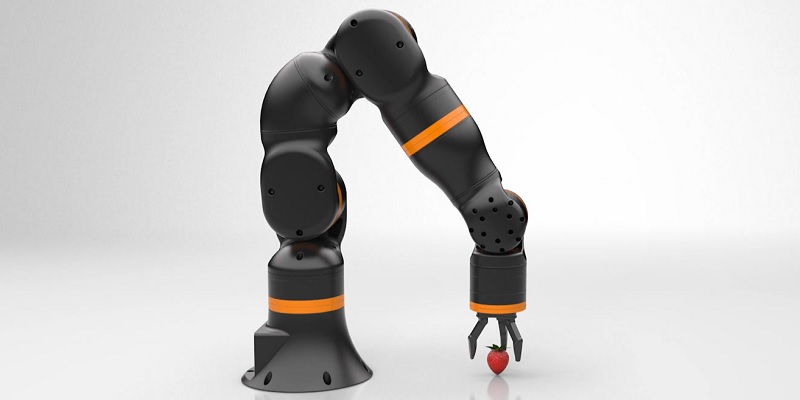 Igus Drylin linear bearings use a sliding concept rather than rolling friction common for the mechanics of roller bearings. This sliding component makes use of self-lubricating plastics, making the components much lighter while still reliably load-bearing. It is these bearings that help make the plastic joints of the Igus ReBel collaborative robot possible, an uncommon feat in any sort of mechanical motion system.

The category of collaborative robot or cobots, in general, consists typically of six-axis robot arms, free from safety controller or guarding around the work area by conforming to safety standards. All cobots have data monitors that can detect resistance and will issue a stop to all servo motors if the resistance goes beyond a threshold. Other features are zero pinch points between the segments of the arm, rounded corners on each axis, and a fixed operating speed of below 250mm/sec linear speed.

The igus cobot is putting a twist on industrial robots. This particular robot doesn’t require any lubrication for the internal gears. This is because the Igus ReBel makes use of the Igus self-lubricating plastics, which are similar to the plastics used in their roller bearings and linear actuators. By using lighter components Igus is able to produce a robot that weighs less than 8kg (17.6 lb) with a payload of 2kg (4.4lb). 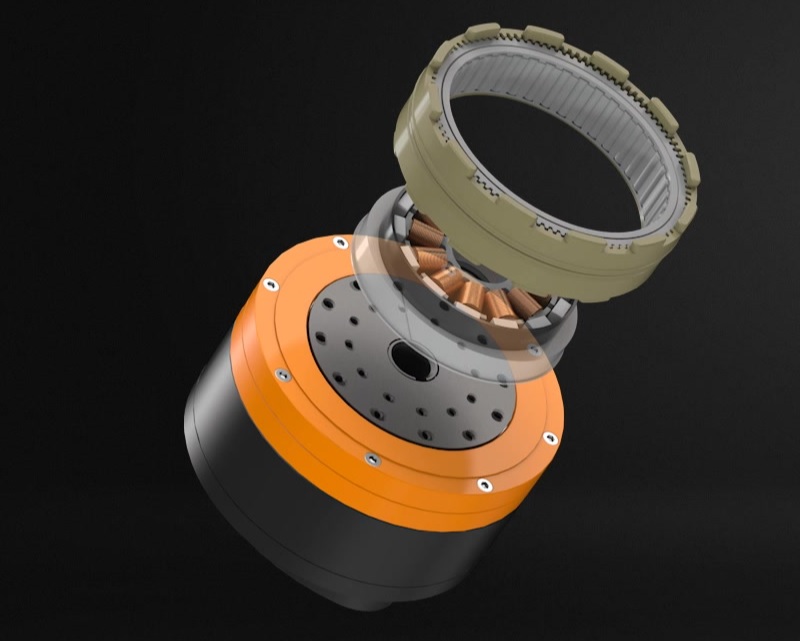 At the core of the ReBel is the ReBel gearbox that makes use of Igus strain wave gear. This electronic gearbox consists of the internal electronics driving a brushless DC (BLDC) motor and acquiring positional feedback, along with the plastic bearing components which require no lubrication. The ReBel Lious gearbox (an unintended play on words for a product that breaks the common physics rules of motion components? Surely not, but we love it) is tested to one million movement cycles, ensuring that the internal plastic components will withstand the lifecycle of the robot. Using plastic components that are self-lubricating makes for a lighter robot that is capable to be used in many clean or food-grade applications. 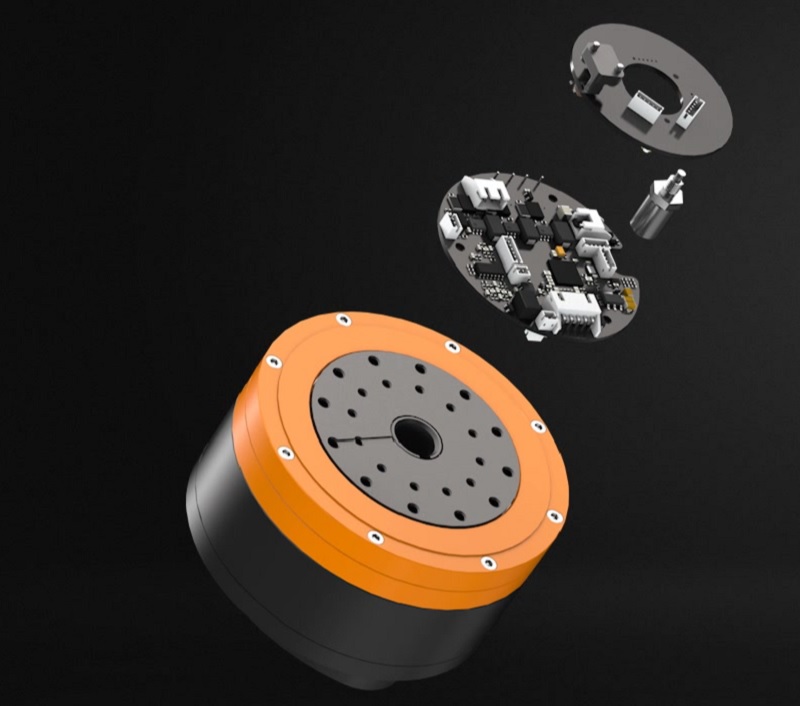 Similar to other cobots, the software to program the robot is very stripped down and simple to use. Igus provides the programming software for free and it has pre-populated programs along with a robot simulator to test your programs before getting online with the hardware. There is no need for bulky controller cabinets, all the controls are hidden inside the base of the robot, a design feature becoming increasingly common for small robots (other examples include the Epson All-In-One series).

Collaborative robots are finding their way into many industrial settings thanks in part to the ability to integrate the robot without any safety hardware. Most cobots are cost-effective and the Igus ReBel is no different with a price tag of just over $5,000. Lubrication in robots is always a problem when integrating with cleanrooms or food processing facilities, with the ReBel using plastic gearboxes and no lubrication this makes the ReBel robot a contender when choosing a robot for those applications. Additionally, the low weight makes a compelling selling point for mobile applications, paired with mobile robots for retrieval and storage applications. With the low cost, these may also find their way into more home applications, not simply limited to the four walls of a factory.