DC Motors - Why Are We Still Using Them?

DC Motors - Why Are We Still Using Them?

AC motors are common throughout industry - easily controlled by VFDs and without the maintenance that comes with DC brushes. So then, why are DC motors still used in certain applications?

All motors work on the principle of switching magnet forces to rotate a shaft. A DC motor uses direct current applied to the commutator through friction brushes, switching the applied current to the windings in an alternating polarity, similar to AC, but rather a square wave of voltage positive and negative. This creates an alternating electromagnet that interacts with permanent magnets on the rotor, continually pulling and then pushing to provide rotary motion.

A DC motor then, bears many similarities to an AC motor with its regularly alternating polarity supply, but the DC model requires a few extra components. So the question becomes: if a DC motor accomplishes the same task as an AC, but with extra hardware that produces maintenance-generating heat, friction, dust, why then invest in a complex DC motor control system when you could easily buy an AC motor? 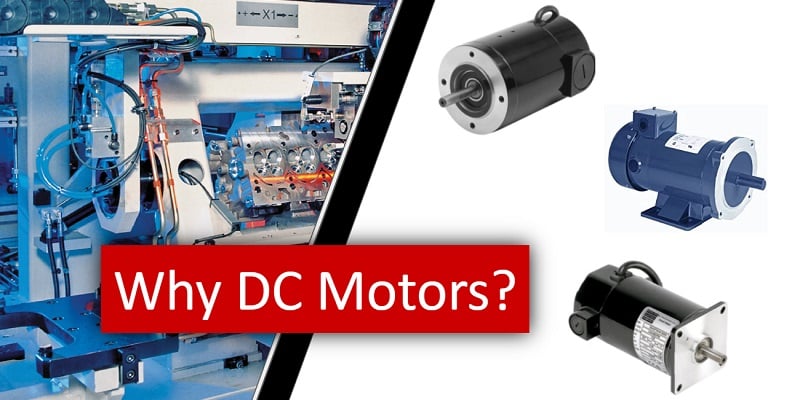 Are There Also Pitfalls With AC Motors?

Each motor has its place in the industry. Industrial AC motors usually work with the 3-phase industrial electrical current and do not require any special drive or control circuitry, simply a motor contactor. A DC motor requires a modified electrical current which will need to be converted from AC, along with a controller to modify the speed and direction of the motor.

The AC motor doesn’t come without its own pitfalls thought. If you do need to control the speed of an AC motor, the direct on line (or across the line) contactor will not be sufficient. A variable frequency must be used, and those can get pricey for large horsepower models. A VFD will change the frequency of an applied AC current supply to change the speed of the motor. If the speed is reduced too much the motor could overheat as typically the cooling fan is directly coupled with the output shaft.

As electronic design and construction costs have fallen over the years, the AC motor driven by a VFD has migrated into a preferred spot in a great many designs, an indicator of the advanced controllability and efficiency of these devices.

One of the main stated benefits of a DC motor is the performance at low speeds. They can certainly be driven at high speeds as well, but if a load must continually adjust speed quickly, or it requires superior torque at a low speed (perhaps taking a long time to accelerate), the DC motor may be the preferred choice. 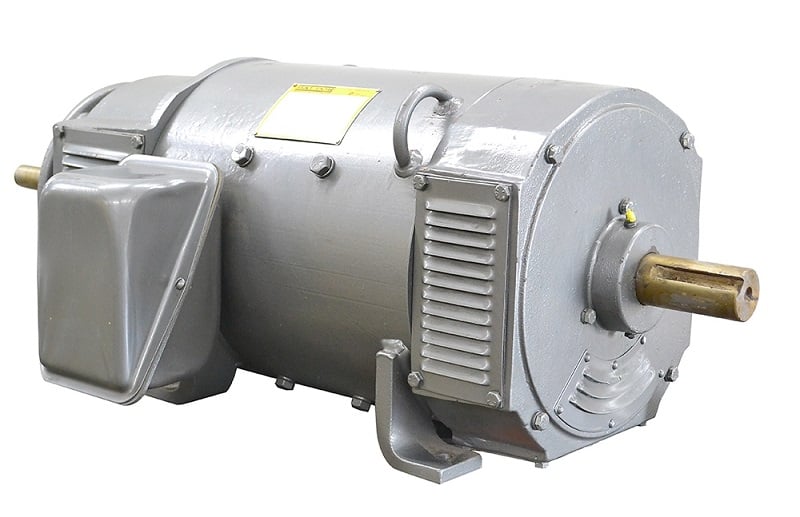 Reducing speed is accomplished by either reducing the voltage, or more commonly, by applying a pulsed full-voltage signal, called pulse-width modulation (PWM). DC motors are also easy to switch directions because of lower rotating inertia when supply leads are reversed.

This low-speed torque characteristic is due to the current allowed through the armature. When rotating at a low speed, the brushes will be in contact with an armature for almost half of the motor’s rotation, providing full current for half of the motor’s rotation in each direction. Contrast this with the typical AC signal, where the voltage only spends a moment at full positive or full negative before reducing to alternate once again. At high speeds, the rapid transition time of the AC signal is more comparable to the rapid transition of the brushed DC signal.

As the speed of the DC motor increases, the armature coils act as an inductor being charged with the DC voltage supply. When this inductor loses the DC source voltage as the brushes commutate, it produces a reverse voltage (sometimes called flyback), negating some amount of the source voltage. As the speed increases, so does the reverse voltage, which causes a decrease in current, and a subsequent decrease in torque that was not present at low speeds. This effect can be seen by (safely) using an oscilloscope to view the winding voltages compared to ground.

To operate and control a DC motor will depend heavily on the size of the motor. In this article, the subject is mainly large-scale industrial motors, although some hobby DC motors can use the same general controls. Just like with other styles of industrial motors, servo motors, or AC motors there are specific drives on the market to power and control the motors from various manufacturers. 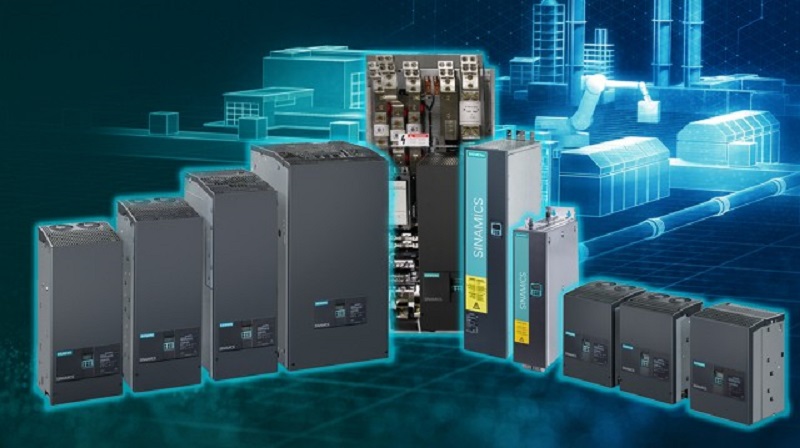 Siemens produces its series of Sinamics DCM drives that are fully integrated into their programming software, TIA Portal. Allen Bradley and Rockwell Automation offer their PowerFlex DC drives which also interface with their programming software. With these particular drives you only need to connect them to the machine network and the PLC will be able to communicate over the network.

Inside the programming software, simple data structures are supplied to start, stop, and change motor speed, along with many other control and feedback parameters, just as with VFD motor controls. These drive units can get quite large and will require substantial cooling inside of the cabinet for large-current applications. They are typically mounted to the electrical cabinet backplane and connected to the supplier Fieldbus communication technology. 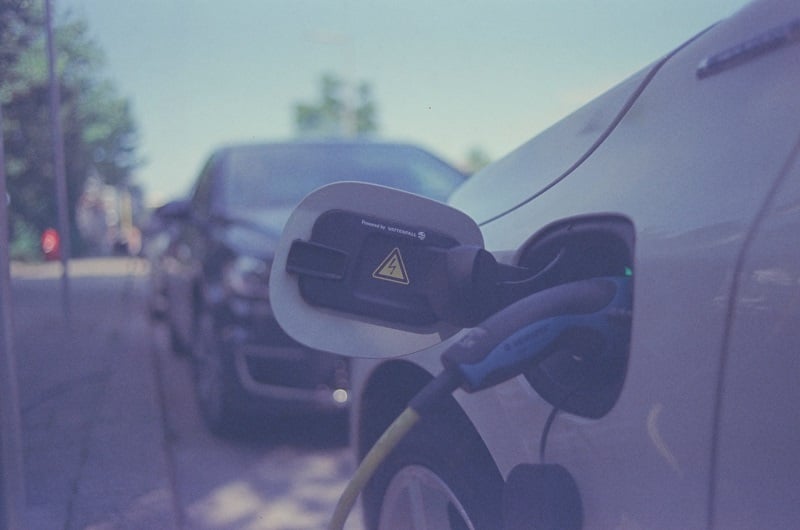 Where are DC Motors Used?

The low-speed torque characteristics make DC motors great for moving heavy loads at relatively low speeds such as in overhead cranes, elevators, or any process equipment with a large mass that requires tremendous force to accelerate. Fans and pumps require the ability to adjust the speed quickly and easily, as do motors in electric vehicle applications, and a DC motor is able to fulfill this requirement with ease.

It should also be stated that original equipment designs can also take advantage of motor characteristics. For these low-speed applications, it may also be possible to use a high-speed motor coupled with a chain or gear drive to lower the output speed and increase torque. For this reason, it is nearly impossible to state that any motor ‘must’ or ‘must not’ be used in certain applications.

As you can see, although the DC motor operating principle is very old, it is still a very effective tool in many applications. Automated industries have adopted and learned to work with the pitfalls of the DC motor and have been able to make it just as affordable and controllable as its AC counterpart.