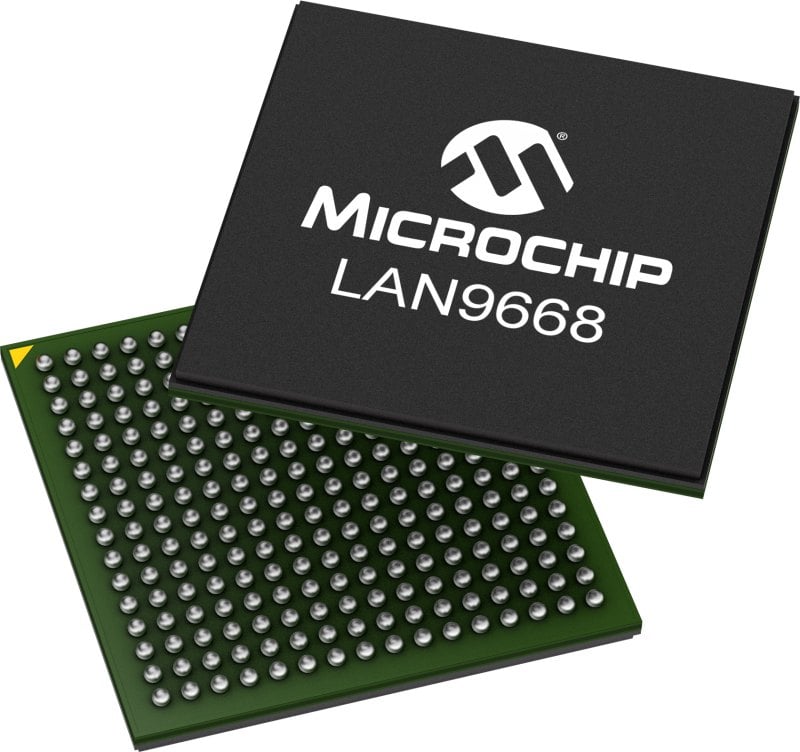 The LAN9668x and LAN8814 chips. Image used courtesy of Microchip 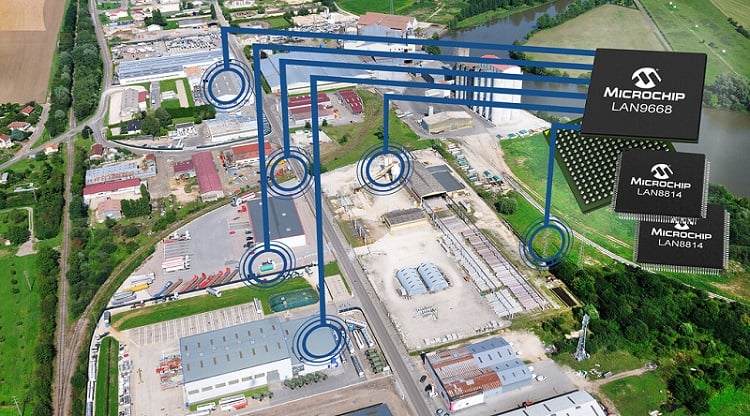 Ethernet switches can be utilized throughout an industrial facility. Image used courtesy of Microchip

Motion-related tasks require the fastest (i.e., lowest) latency network design because, in a matter of a few milliseconds, a servo motor could travel enough distance to damage components if the motor is not stopped in time. With precise motion control systems, both electrical and hydraulic, extra delays in signal communication can allow product to move further down the line before a command is received by a controller, resulting in lower quality output.

In the past, the position of a motor or tooling attached to the motor was determined with a hard-wired encoder. Today, we have servo motors communicating over Ethernet networks using an industrial protocol such as Ethernet/IP or ProfiNet. 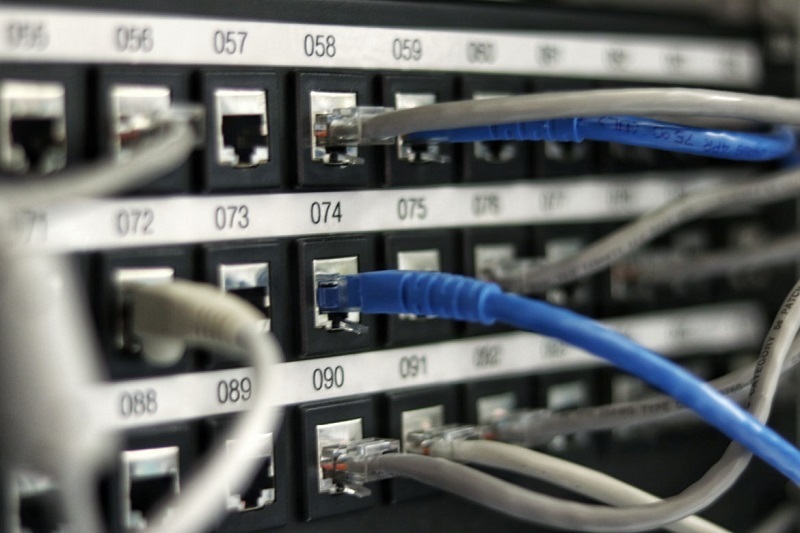 With these networked servos, the position is sent over the Ethernet network. If that network is subjected to high latencies, the servo motor’s position may not be updated quickly enough. If the servo motor overshoots a position because the control system didn’t notice the servo had moved past a point, damage to the system could occur.

By using network switches with low latency, this potential for damage can be reduced.

The chips from Microchip support TSN requirements including IEEE 1588 v2. This standard protocol ensures clock synchronization of messages sent over an Ethernet network.

TSN-enabled devices, including Ethernet switches, allow for a completely synchronized system. When all the devices on the network are synchronized, they can work together in unison, allowing for motion commands to be executed at exactly the correct moment in time.

As more of these drives are added to a network, the amount of time-sensitive data sent over the network increases. The switch manufacturers can produce Ethernet switches capable of handling these TSN messages with low latency. This function allows for OEMs and machine builders to use network servo motors without adding additional hardware.

Network servos can have added safety features to control the servo’s speed during specific safe conditions, or ensure all motion has stopped before allowing the safety system to open guard doors. The new Ethernet switch chips from Microchip may facilitate switch manufacturers to produce Ethernet switches capable of running these high-tech motors and applications.