Contactors versus Relays - Differences and Applications

Contactors versus Relays - Differences and Applications

Although the are similarities in operating theory, relays and contactors are used in industrial circuits for different specific applications, and should not be used interchangeably. 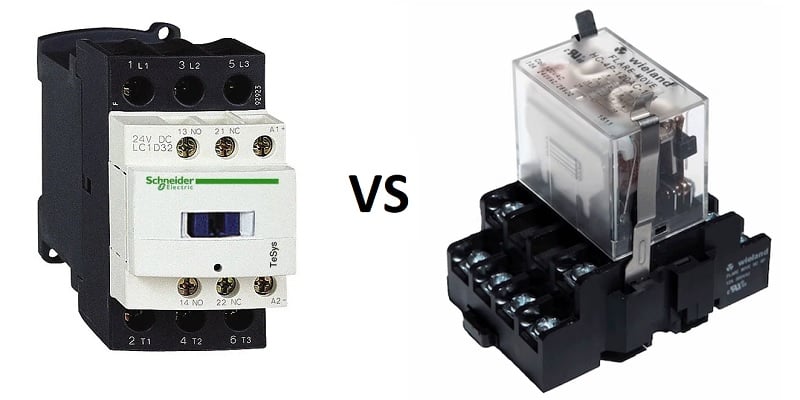 Figure 1. Relays and contactors, although they both work on the principle of magnetic field action, are very different components.

There are two types of relays: normally open (NO) and normally closed (NC). The NO and NC relays are different only by different mechanical designs for armature and contacts. A good many relays have a double-throw configuration, meaning each main circuit contains both an NO and NC output, supplied by a single dry contact. 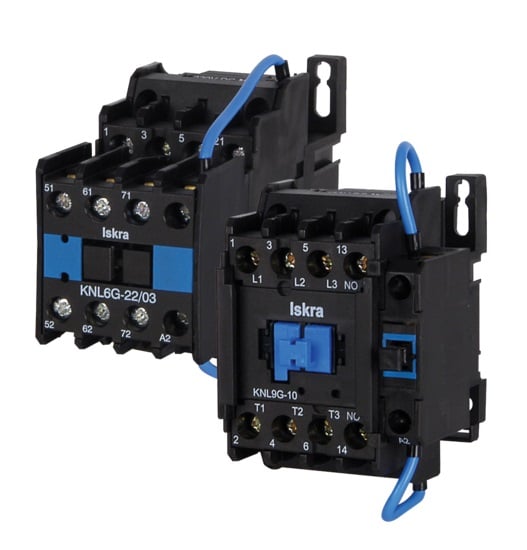 Let us go through some of the major differences between relays and contactors.

Contactors are more suitable when the power in the main circuit is alternating current. Contactors do not fare well for DC-powered main circuits, since the large inductive loads on typical contactors can generate dangerous reverse ‘flyback’ arcs. Relays work well for both AC and DC power. If the main circuit is powered by direct current, it is better to use relays. This is applicable only if the horsepower rating and ampere rating suit that of relays. 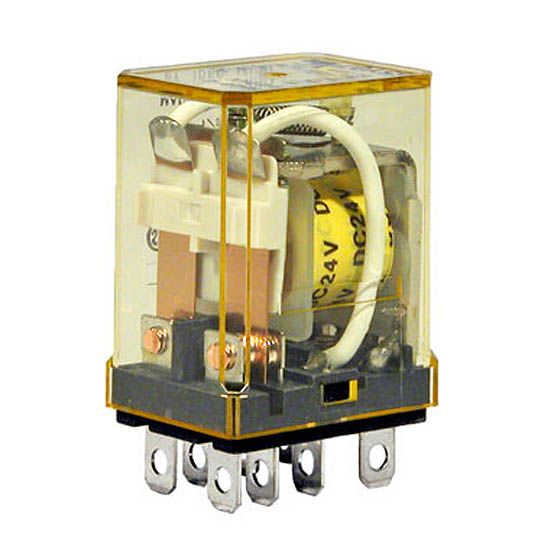 Figure 3. This relay has two poles, each with a normally open and closed, making it a double-pole-double-throw (DPDT). Image used courtesy of IDEC

Contactors have auxiliary contacts to verify operation of three-phase power input and output circuits. Some contactors have built-in aux contacts, but others must be purchased and installed separately.

Relays, being reserved usually for smaller power circuits, do not often have auxiliary contacts. They simply make use of the other remaining contacts to indicate when the main load-bearing circuits are open and closed. Some contactors, and even occasional relay designs do have separate auxiliary contacts for normally open operation and normally closed operation.

Contactors operate with a larger power rating. During switching, there are chances for electric arc formation. Due to this reason, contactors are generally fitted with built-in arc chutes for suppressing electric arcs. Control relays work with smaller voltages, amperes, and horsepower.

As contactors need to accommodate multiple phases at a higher power rating, they are physically larger. Some contactors are surprisingly large. Control relays are physically much smaller than contactors. The additional safety and auxiliary features needed for contactors also increase their physical size even further.

The symbol for the respective devices is shown below:

Figure 4. The symbol for a relay (left) and for a contactor (right).

Relays are more commonly used in control automation and protection circuits. Contactors are used for switching high-power equipment like motors, lights, and capacitors.

Contactors and relays have the basic core functionality. They assist in closing and opening power circuits based on the inputs to a control circuit. The key difference is in the applications for which they are used and the features they possess. Relays are commonly used in control automation circuits that have small power ratings. Contactors are used in higher power applications. Due to this fundamental difference in the applications they are used for, they have various differing attributes.

Even though the core functionality of contactors and relays may be the same, they cannot be used interchangeably, and it is always important to recognize when to use the right tool for the right job.