Analog and digital multimeters have both enjoyed popularity in different generations of electrical systems. What is unique about the analog meters, and in what situations might they be preferred over their digital counterparts?

I saw a discussion recently on the internet. A picture of an analog multimeter, still functioning after 50 faithful years in service. The discussion consisted of opinions on preferred meters, some people valuing the analog versions far above the modern digital counterparts. Having used both meters in many situations with great effectiveness, the technical differences and personal opinions hold great value, and there are definitely some situations that prefer the use of one version over the other.

What is Input Impedance?

I’ll admit, there is a huge amount of bias that comes from familiarity. The first brand or model you use of nearly any tool or software will probably be the model you prefer for the rest of your life. If this weren’t true, then why would companies strive to place their equipment in the hands of students at deeply discounted rates?

‘After all,’ they might say, ‘if you learned on our tools, you’ll be more likely to purchase them in the future!’

This includes multimeters. If you are comfortable and familiar with the dial positions, the battery compartment, and the look and feel of the display, you will reach for that tool every time a reading is required. Even two meters that look virtually the same may be constructed of entirely different components and therefore exhibit vastly differing operating specs.

In this article, we will focus on the voltage differences, although there are similar differences when measuring current and resistance. However, voltage reading is arguably the most common. 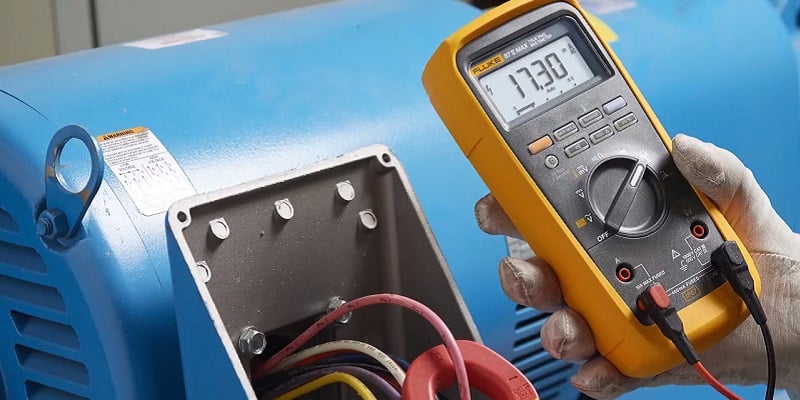 Figure 1. Multimeters are doubtless the tool of choice for electrical troubleshooting. Image used courtesy of Fluke

Measurements happen by allowing a small amount of current to pass through a built-in internal resistor, or resistor series. This current is scaled by the value of the resistor (Ohm’s Law math) to appear on the display as a voltage.

Since voltage is a difference between two points, the meter leads are placed one on each side of the device or circuit section under test. Therefore, a small amount of current bypasses the test location and is diverted through the meter. The amount of current being driven is a result of the potential difference between the two points under test, like a little battery.

Voltage tests are usually a reliable measurement, but there is a slight amount of error introduced by the simple presence of the meter.

Imagine a series circuit of two equal resistors. If the meter is measuring the voltage across one of those resistors, a parallel resistor has suddenly been formed. The equivalent resistance of this parallel is slightly lowered. Since the two series loads are no longer equal, the driving voltage cannot possibly be the same as it was before the introduction of the meter.

If the input resistance (or impedance) of the meter is extremely large compared to the test circuit, the relative amount of current bypassing the test is extremely small, and can probably be entirely ignored.

However, if the circuit resistance is already extremely high, any meter will affect it more drastically. Stated from the opposite direction, if the meter’s impedance is relatively low, it will affect the test circuit to a greater extent.

Applications for an Analog Multimeter

Most analog meters have an internal resistance that varies according to the voltage range selected. It is usually displayed as a number of ohms per volt. A common value might be somewhere in the 20,000 ohms per volt range (ref Simpson 260 series).

This means that analog meters may be a preferred choice if the test voltage is very high. The internal resistance will continue to climb until its performance even exceeds that of the digital models. However, this voltage may be outside of the application range for the meter. Simply multiply the given ohms/volt value by the voltage range selected to measure the impedance.

Due to its variable internal resistance, it could be stated that the analog meter will perform at its best under the following circuit conditions:

An example of a low resistance circuit might be automotive troubleshooting. Nearly all loads (radios, headlights, horns, windshield wiper motors, etc) are very low resistance and consume a lot of current. The analog meter is a great choice for these situations. In the Simpson 260 example, the appropriate range selection would be 50 volts, giving an input impedance of 1,000,000 (1 mega) ohms. Certainly appropriate for automotive circuits, but far too low for some other applications.

In some cases, analog meters may have different impedances for DC and AC tests. Not all analog meters vary in resistance, and some may have a fixed resistance only for DC tests, as shown in Figure 2 below. The AC impedance range varies, but the DC range is more comparable to the digital meter - this means it should work quite well in most all DC voltage situations. 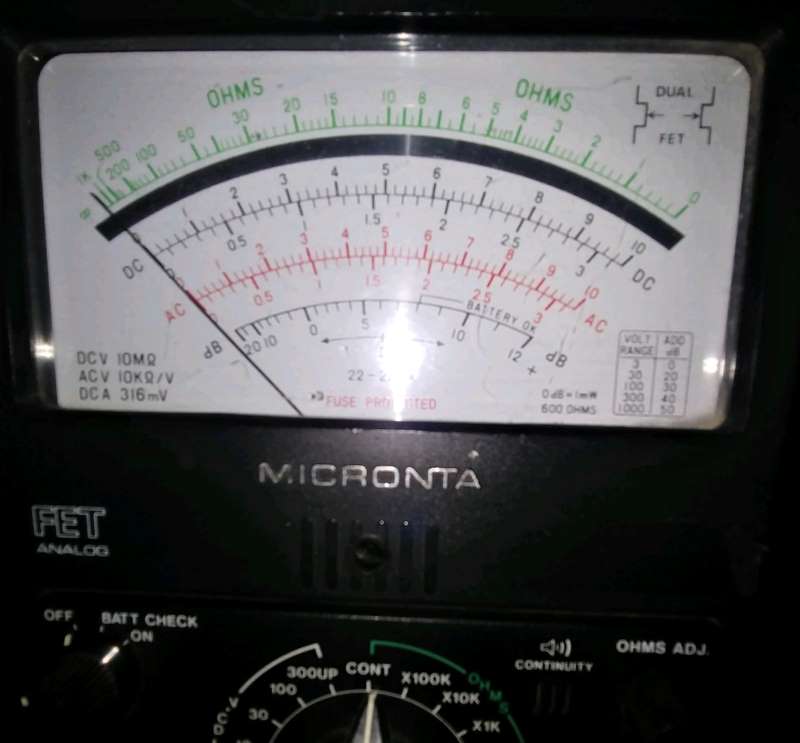 Figure 2. Micronta analog meter model with fixed DC voltage impedance, but with variable AC voltage impedance (seen in the lower-left corner). Image provided courtesy of my dad, who taught me a ton about learning, thinking, and problem-solving.

Another often-overlooked feature of analog meters is the ability to detect patterns or anomalies that happen too quickly for digital meters to display accurately. If the voltage of a circuit periodically dips, but just for a moment, you may wish to know if this is regular, and is there a consistent magnitude to the change? Watching the needle dip regularly will give you more information than the digital meter display, which is changing so quickly it will be useless for such an analysis.

Perhaps this feature doesn’t quite compete with an oscilloscope for accuracy of information, but to have such pattern recognition in one compact tool can be really useful for troubleshooting.

Applications for a Digital Multimeter (DMM)

The digital meters usually have a fixed internal resistance due to the use of a solid-state analog to digital converter, this being much higher than the low-voltage input resistance of the analog models. An example value for these meters is around 10,000,000 (10 mega) ohms (ref Fluke 80 series). It would take a scale range of 500 volts for the previous example analog meter to match the internal resistance of this digital model. 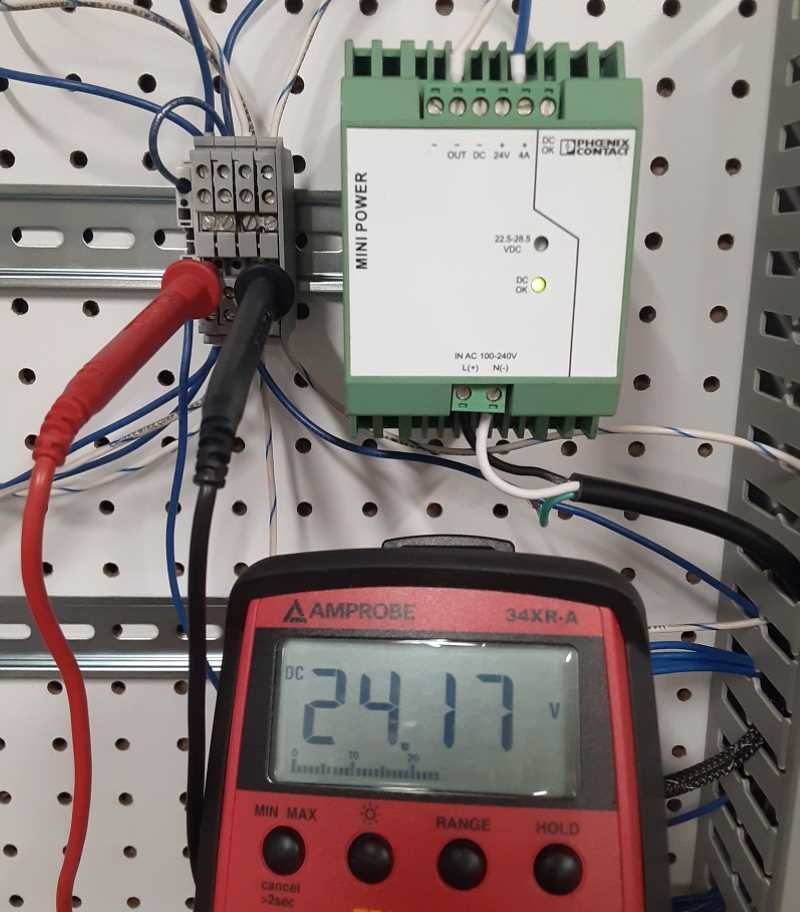 In modern troubleshooting, a great number of devices are powered by semiconductor guts. Why? Simply to cut down on energy consumption. If you can complete a task using a lot of electricity or a small amount of electricity, the smaller amount would seem logical.

Using a small amount of electricity means small operating voltages and small currents (in other words, high resistances). Looking back to the previous section, this is exactly the situation in which analog meters may be the under-performers.

The digital meter may be the tool of choice in the following situations:

If a technician were troubleshooting PCB traces, or identifying a faulty transistor-based photoelectric sensor, the digital meter may be the preferred tool. But even in this latter case, an industrial power supply of 24 volts would yield a resistance of nearly 500 kOhms for an analog model using our example impedance, and this would certainly provide information accurate enough to troubleshoot a fault.

It’s never appropriate to tell someone they are right or wrong when it comes to personal preferences of tools. If you can accomplish the job with any tool, and you feel familiar with the tool, then you are successful. However, knowing a little bit of background about where and when certain tools are preferred may provide you with that competitive edge to get it done a bit better next time!

So now, go ahead - share with us your favorite multimeter and some of the best troubleshooting you’ve accomplished with your trusty tools - I want to hear all about it!