The diverse power terms in electrical generation systems include active, reactive, and apparent power, all of which lead to the introduction of ‘power factor’ effectiveness in an AC circuit.

The diverse power terms in electrical power systems include active, reactive, and apparent power, all of which lead to the introduction of ‘power factor’ effectiveness in an AC circuit. AC circuits transfer energy to resistive and reactive loads and, in the case of purely resistive loads, the energy is dissipated in the same way direct current dissipates energy in a resistor.

Electric power is the rate at which energy is transferred to or from a part of an electric circuit. In an electrical circuit, the power is equal to the voltage difference across the element times current \(V \times I\). The power is measured in watts \(1W=1J\)/\(s\) 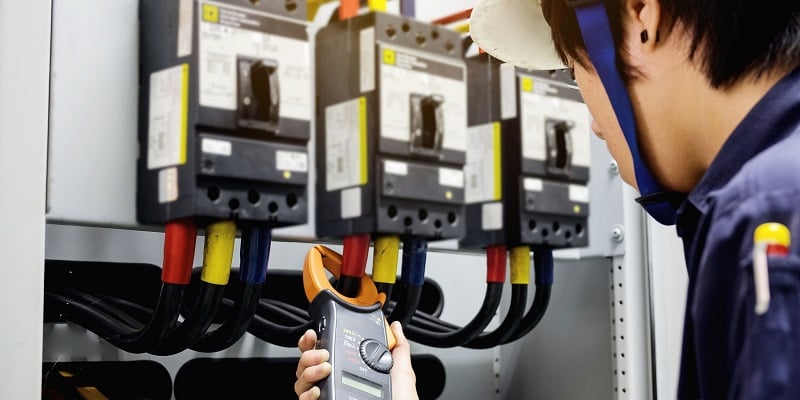 In a DC circuit, the power required for a voltage V to force a current I through a circuit is equal to V times I. Similarly, if the alternating current is passed through the circuit, the power required at each instant is equal to the value of the voltage at that instant times the current at the same instant. In the practical world, loads are the combination of resistive, inductive, and capacitive elements at the consumer end.

There are three types of loads

1. Resistive Load: where V and I are in phase and the power is always positive like braking resistors, heaters, and light bulbs.

The phase-angle difference between the current and voltage has an important effect on the power supplied, as the instantaneous voltage corresponding to any particular instantaneous current depends on the angle between them. Therefore, in the alternating current circuits power cannot usually be obtained simply by multiplying the effective voltages and effective amperes as was done in the case of DC. The effect on the power of the difference in phase angle between the current and voltage must be taken into account.

Figure 2 describes the famous example to understand the difference between the three powers. The glass filled with cocktail represents the true power and the frothy foam on the top is reactive power and the sum of active and reactive is apparent power in the system. 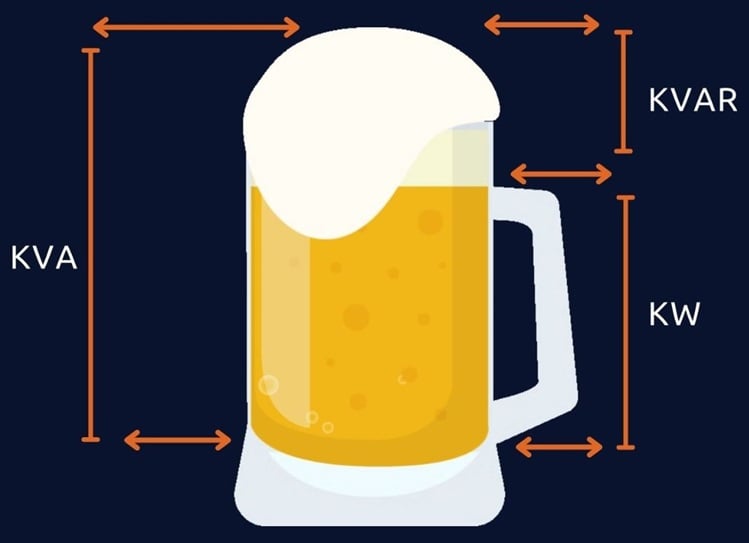 Whereas in AC circuits, there is a phase angle between voltage and current expressed with the added component of \(cos \theta\).

In a single-phase AC circuit active power is:

In a 3-phase AC circuit: 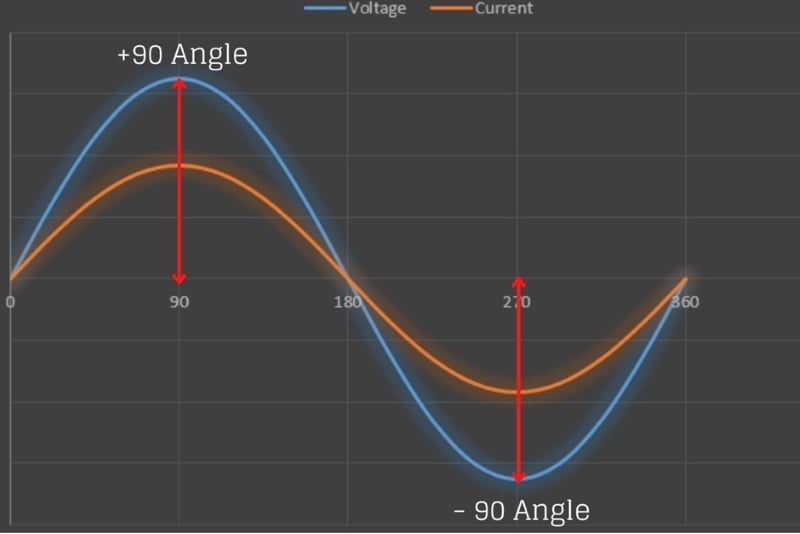 Figure 3. Current and voltage are in phase with each other

The real power (also called useful power or watt-full power) actually does the real work in the circuit and always flows from source to load or is supplied to the load from the generator all of the time as in Figure 4.

Reactive power occurs in AC circuits when voltage and current are not in phase. Its unit is VAR (voltage ampere reactive). In the real world, loads are a combination of resistive, inductive, and capacitive elements and it is impossible to determine the nature of the load (small/large, domestic/industrial inductive/capacitive). There are two types of reactance:

Figure 5. Reactive power flows from source to load and back to the source

This power is the combination of active and reactive power and is expressed in volt-ampere or kilovolt-amperes (kVA). 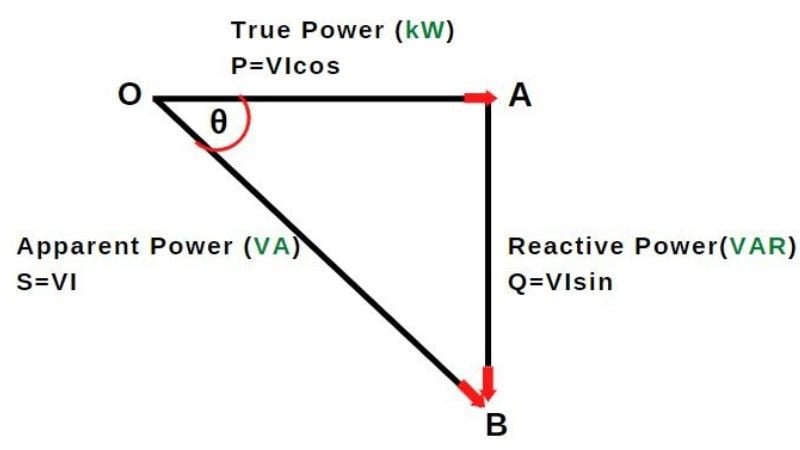 Figure 6. The power triangle describes the relationship between active, reactive, and apparent power.

A power factor of 1.0 is called a “unity power factor” or 100 percent power factor, which means that the current and voltage is “in phase”. It is impossible to obtain a 100% power factor at all parts of a power system. In transmission lines, high PF is necessary which reduces transmission losses and is also better for an inductive load-like motor to run efficiently and avoid overheating.

The expression of three-phase power is written as:

Disadvantages of Low Power Factor in a System 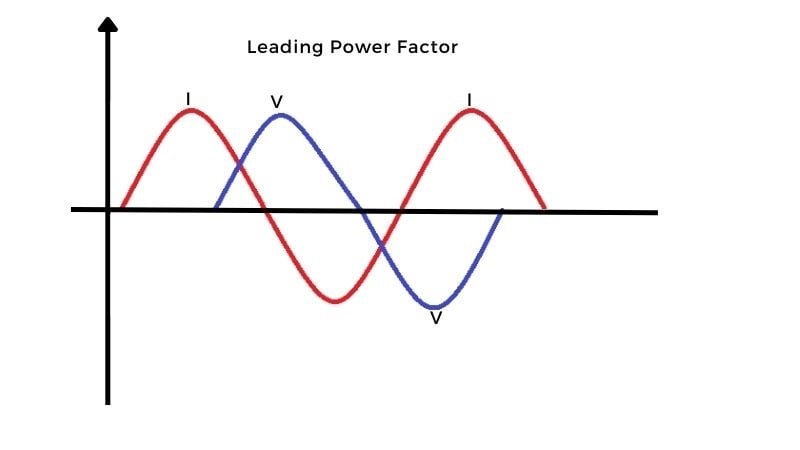 Power Factor Effect on a System

Active power is useful power that does some real work in an AC circuit, whereas reactive power is non-useful power that flows back and forth (in both directions from source to load) but produces electric or magnetic flux. Apparent power is total power in the system and is a combination of active power and reactive power and measured in KVAR. Large industrial types of equipment like transformers rating are mentioned in KVA. The lower the power factor, the larger the size of the source to generate that power which results in the cost of generation and transmission of the electrical energy.