Learn how control charts are used in statistical process control (SPC) to show how a process changes with time as compared to past measurements, providing reliable visualizations for data-driven decisions.

This article is part 3 of a series about statistical process control (SPC).

Check out the previous articles:

What is Statistical Process Control (SPC)?

One of the core components of statistical process control (SPC) is the use of control charts. Control charts are used to show how a process changes with time as compared to past measurements. There are two types of commonly-used control charts called “run” and “sigma” charts.

“Run” charts track a measurement versus time. Time is on the x-axis and the measurement variable of interest is on the y-axis. When new measurements are collected, they form a new data point on the graph so that the engineer can compare the current measurement to the previous data values. For example, suppose there is a pressure sensor measuring the fluid entering and exiting a filter. As the filter becomes more clogged, the pressure drop across the filter will increase. When a new data point arrives, the engineer can look for control limits (specifications) or trends and decide when the filter needs to be changed. 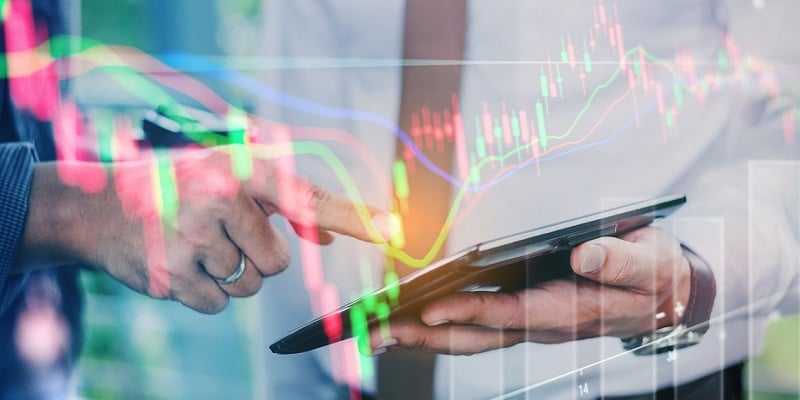 “Sigma” charts show how a process varies with time, which is particularly useful if multiple measurements make up one data point. For sigma charts, the x-axis is time, but the y-axis is the standard deviation from the mean, which is expressed as a positive number. Therefore, the y-axis extends from 0 to just above 3. If there was no variation at all, which is highly unlikely even in the most highly controlled processes, each set of measurements would be on the 0 line.

Sigma charts are used for determining how uniform a process is while under control. For example, a semiconductor manufacturing facility may want to check the average thickness and the uniformity of a spin coating. They take several laser thickness measurements and find the average. This single average becomes a data point on the run chart. To measure the uniformity, the standard deviation among the set of thickness measurements is calculated and that forms the data point for the sigma chart. Because a uniform and non-uniform coating may have the same average thickness value, the sigma chart can bring the engineer’s attention to any non-uniformity.

In typical run charts, there is an upper control limit (UCL) and lower control limit (LCL). Products above the UCL or below the LCL are not fit for sale and must be reworked or scrapped. A good starting point is to set the UCL and LCL at three standard deviations away from the mean, as this is a good indication that a product is far enough from what is expected that it will not perform as designed.

However, the ultimate goal of SPC is to design control limits that help detect problems before scrap or rework are necessary. Therefore, there are four other control markers that can be specified, often marked only one or two standard deviations above or below the mean.

SPC is flexible in that the engineers can specify the control limits for a particular process. While using standard deviations from the mean may be a good starting point, some processes may allow for control limits to be set asymmetrically. This is because some processes are more sensitive to error in one direction versus another.

For example, consider the force required to stamp parts from sheet steel. As the die becomes worn and dull, more force is required, and therefore the force can be used as an indicator of die wear. Three control markers (1 sigma, 2 sigma, and 3 sigma above the mean) may be used to determine die life. Perhaps using less force is of no major concern, unless the force is so little that it could be an indicator of weaker material or a severely damaged die. In this case, maybe only the 3 sigma below the mean LCL is required.

They are typically applied to run charts, though variations can be applied to Sigma charts as well. For the purposes of this article, it is assumed that the control markers are 1, 2, and 3 sigma above the mean.

The Western Electric Rules are guidelines for when the process is creeping out of control. The process may be considered "out of control" under the following rule conditions: 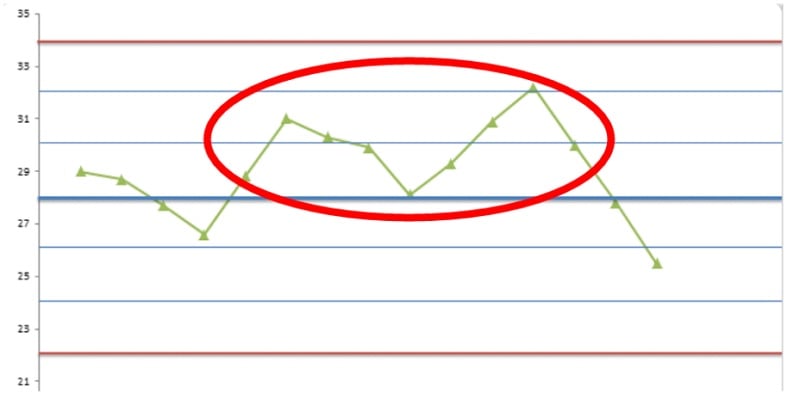 Figure 3. Violator of Rule #4: 9 points on one side of the centerline.

These control violations might possibly be easily explained, but the engineer should perform due diligence and be able to explain (and remedy) the cause of this type of excursion.

One of the other important skills that engineers must develop is pattern recognition. Many industrial processes operate in a cyclic fashion, or trend with other pieces of the process. Some of these patterns are of no cause of concern, and the investigating engineer must be able to filter these normal variations out mentally or mathematically.

Consider the temperature of an outdoor storage tank. The temperature will vary as the outdoor temperature varies, or based on the amount of solar radiation the tank absorbs. Without properly accounting for this natural fluctuation, the rookie engineer might sound the alarm as the temperature changes throughout the day, even though the temperature remains well within specification.

Conversely, the inexperienced engineer may see the temperature change, crediting the change to a normal daily fluctuation, but if the rate of that change is unacceptable, this may indeed indicate a system failure. Patterns and trends are far easier to analyze and assess with proper charts.

SPC charts are a way to maintain the uniformity of a process over time. They can also be used to determine whether an optimization action has made a lasting impact on the process, or where it might have affected other important measurements.

The SPC charts are only as good as the sensors, data acquisition, management, and storage of the system. Without sufficient data, the SPC charts are of little value, as each new data point will look like wild variation until a baseline has been established.